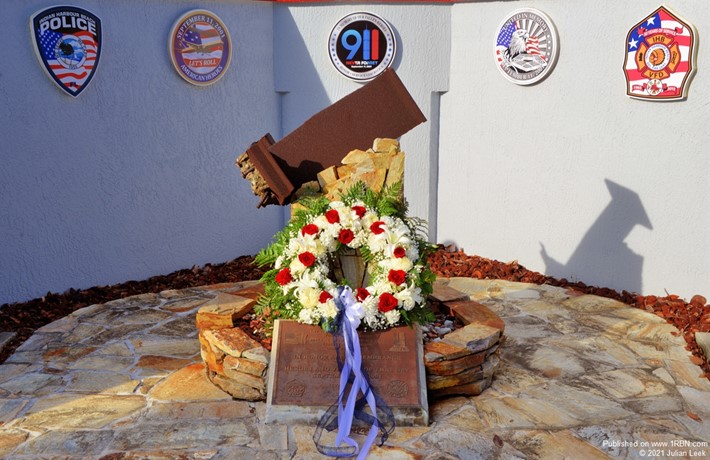 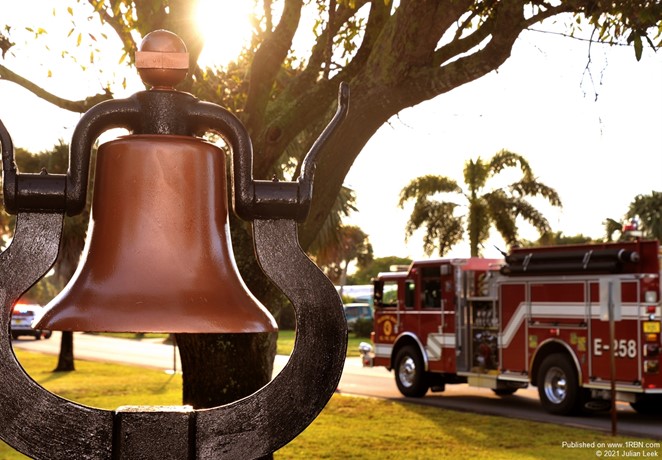 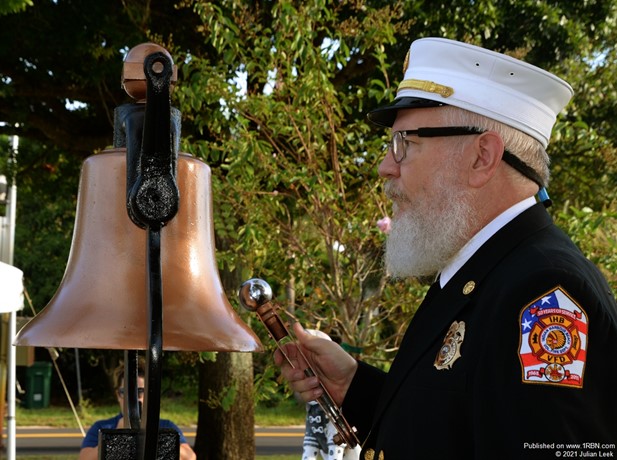 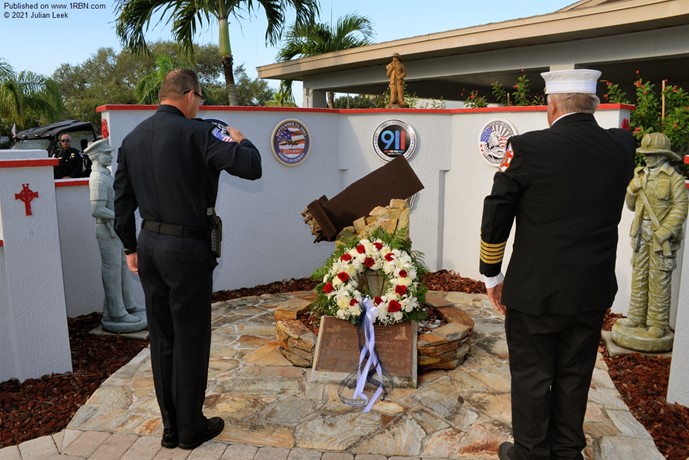 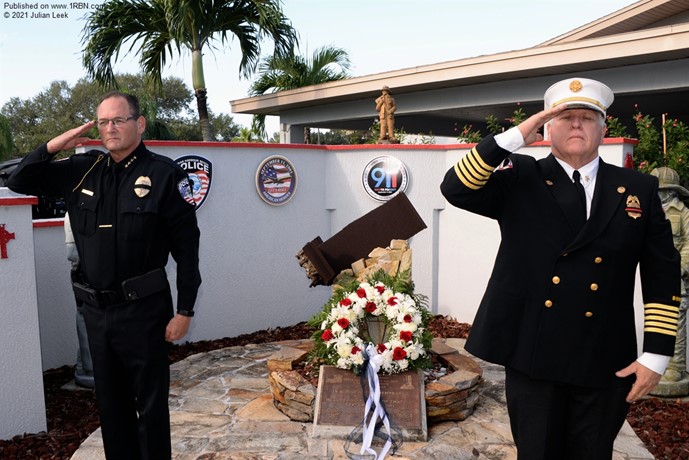 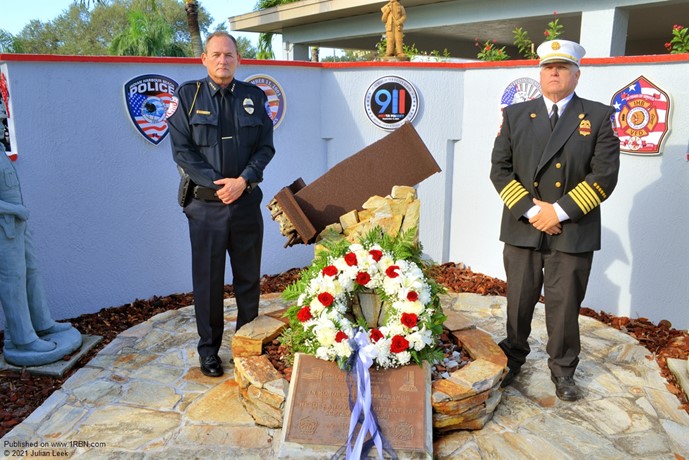 Photo by Julian LeekPolice & Fire Chief after placing the wreath 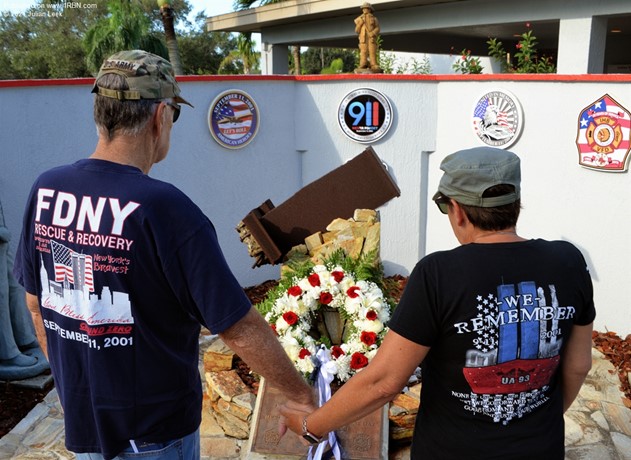 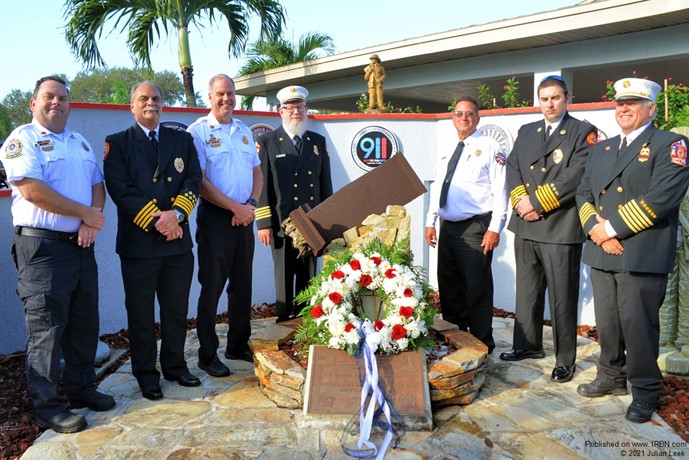 "Pride of the Beachside" Indian Harbour Beach Volunteer Fire Department hosted a multi-agency 9/11 event honoring the victims of the 20-year terrorist attack on New York's World Trade Center Twine Towers. Part of one of the Twine Towers I-beam sits in the memorial garden adjacent to Station 56.