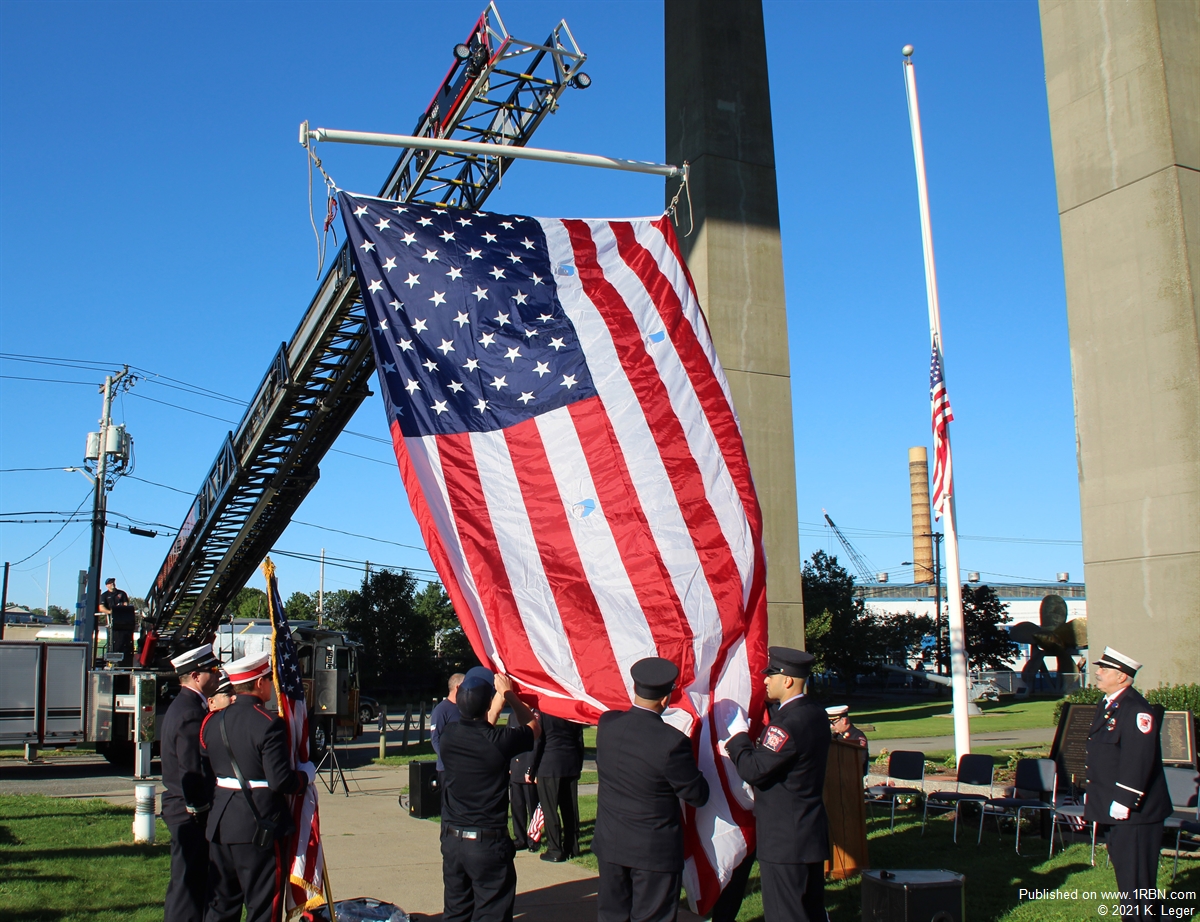 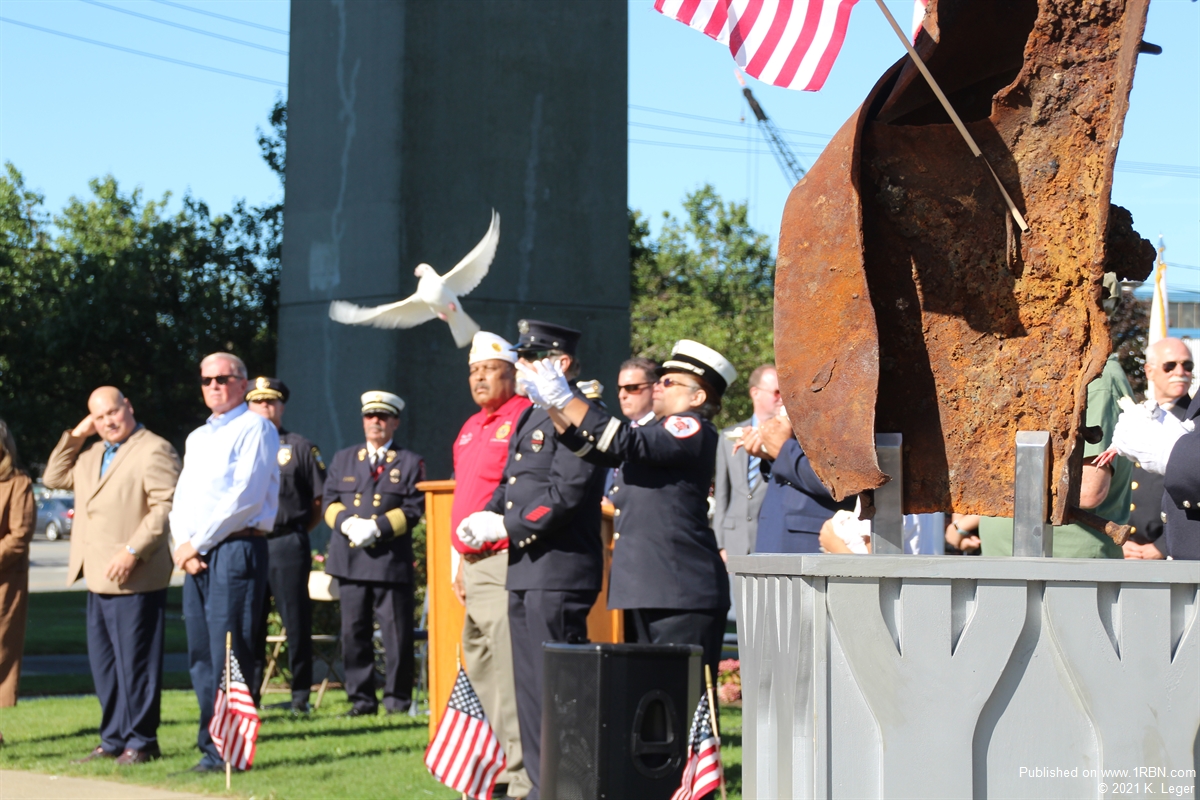 Fall River, Ma. On the twentieth anniversary of the terrorist attack on our country, public officials and the general public gathered at Battleship Cove to remember. Battleship Cove is the official State of Massachusetts memorial to the victims from the Commonwealth. Dozens of Public Safety members attended the solemn ceremony to remember the victims of this tragic day. The ceremony included, the ringing of a large bell with the signal 5-5-5-5, there was a 21- gun salute fired from the battleship, and taps was played followed by a release of white doves. Numerous officials spoke followed by a wreath laying at the memorial.