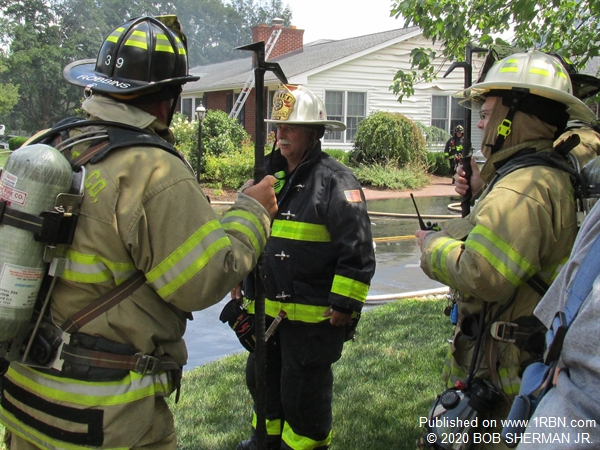 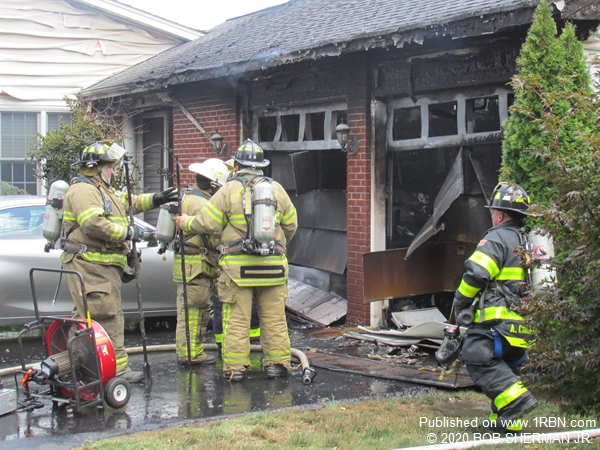 On August 2nd, at 1:15 P.M., Robbinsville FD Station 40 was dispatched for a structure fire on Richardson Road. A one-story wood frame single family dwelling with a two car garage/workshop attached via breezeway was on fire. Dispatched were Engine 43, West Windsor, they were covering Station 40 due to their being at a working garage fire. Hamilton Township’s Engine 19, Squad 12, Truck 17 and Chief 19, Aaron Heller and Upper Freehold Township Tanker 8296. C-19 on scene reported heavy fire showing, transmit first alarm. Command reported two lines in service, one line in the garage and a second line into the dwelling, with minor extension. Fire was held to the garage and car out front. Second alarm dispatched Engine 8281, Millstone Tanker 8295, Hightstown Ladder 41 and Applegarth Tower 57 which were cancelled enroute.Also responding was Hamilton Township Fire Police. Units were on location until 2:40 P.M. Mercer County Fire Marshal James Greschak investigated. The cause is listed as accidental, spontaneous combustion, due to discarded lacquer soaked rags placed in sealed plastic garbage bag, then in plastic trash can. Homeowner had built a wood table, finished same with linseed oil based lacquer in the morning prior to the fire.