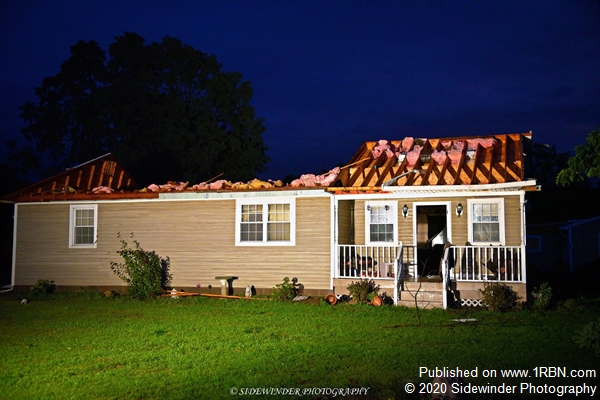 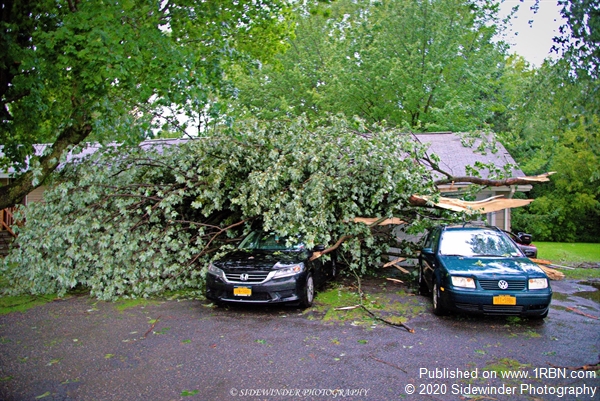 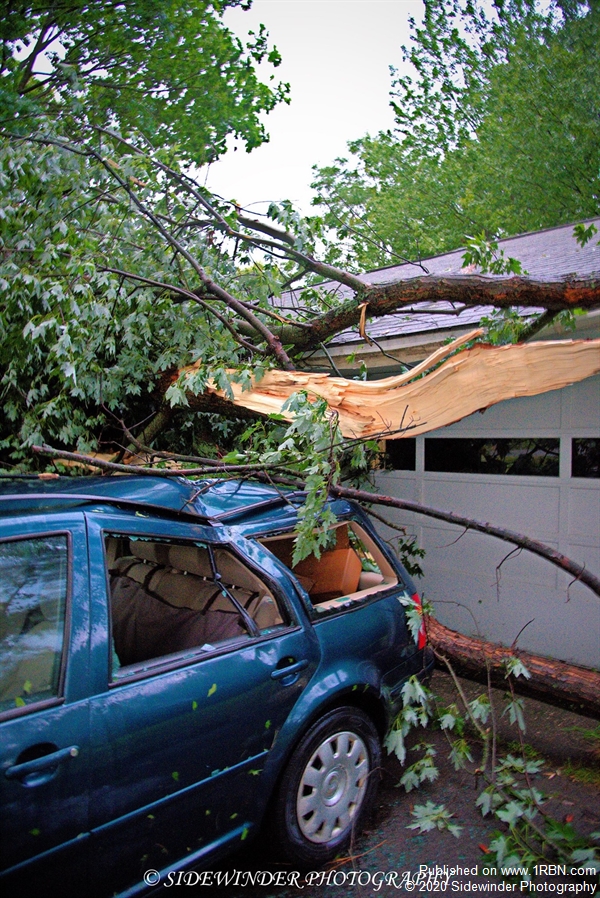 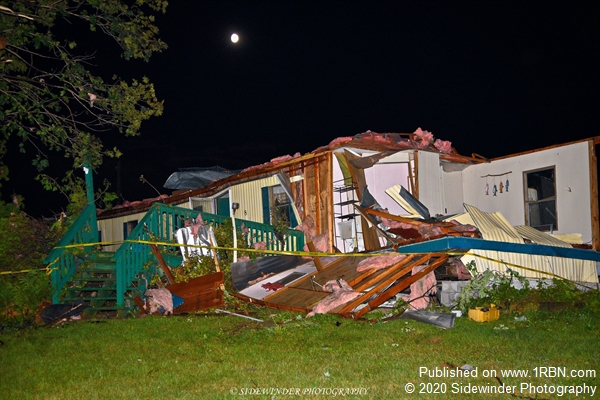 On Saturday, August 29, 2020 in the late afternoon, a large cell of supercell thunderstorms made their way through Saratoga and Northern Rensselaer County. The skies over Stillwater, Hemstreet Park, Hoosic Valley, and Schaghticoke turned green, purple and then very dark as the storms approached the area. In the Village of Stillwater, New York, as the approaching storm gained strength, the tornado warning started to sound on residents cell phones and TV's in the area. One of the storms produced a large EF-1 tornado that set down on Mc Dermott Road and County Route 75. The tornado touched down and had Estimated speeds of 100 mph and traveled northeast over a quarter of a mile before the tornado picked up. The tornado destroyed one house and severely damaged numerous houses around where the tornado set down. The tornado also pulled down large trees, Power poles, and damaged a barn in the area.

As the supercell thunderstorm began to gain strength it traveled north east into the village of Schaghticoke were the skies over Verbeck Avenue started to spin. One of the homeowners watched the tornado set down in the cornfield as it headed right for his home. The home took a direct below from the tornado ripping the roof off of the house, the garage, and damaging another building on the property. As the tornado headed southeast towards the center of the village of Schaghticoke it gained strength. Numerous people reported hearing a strange sound as the tornado headed their way. Some individuals reported hearing a roaring sound as the tornado approached. As the storm moved into the town it pulled up large trees from the ground, dropped a tree on a house and car, ripped the air conditioner unit off the roof of the M&T Bank, damaged the roof of the high school, took down numerous power poles, and blew out the windows in a house and the elementary school. The tornado left a path of damage one in a quarter mile long and 100 yards wide. The estimated windspeed for the tornado that hit the Village of Schaghticoke was 110 mph and the tornado was on the ground for three minutes.

Firefighters from Schaghticoke, Hoosic Valley, Melrose, Johnsonville, and Hemstreet Park began to assess the damage in the area. The Bureau of Public Safety of Rensselaer County quickly arrived on scene and began to assist firefighters in providing them with the maximum amount of resources to assist the residents that were affected. The Rensselaer County Sheriffs Department and State Police Assisted by conducting traffic control in the area and checking on residence. One of the residents in the area that was greatly affected by the tornado had already been hit by a tornado back in 1998. This was the second time this homeowners home has been destroyed by a tornado. Neighbors in the area quickly came together to assist that individual by providing them with a camper, generator, and other resources while they assessed the damage to the property.

Emergency crews remained active until the early hours of the morning. No injuries were reported from the tornado. Numerous businesses, homes, the high school, and elementary school was damaged by the tornado. National grid remained on scene for a large portion of the evening and into the next day restoring power to the area. The National Weather Service has confirmed both locations were hit by tornadoes and are still working on gathering information on the storm and storm damage.