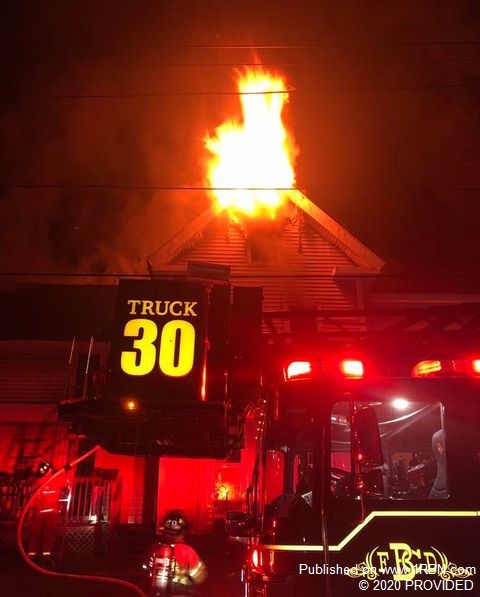 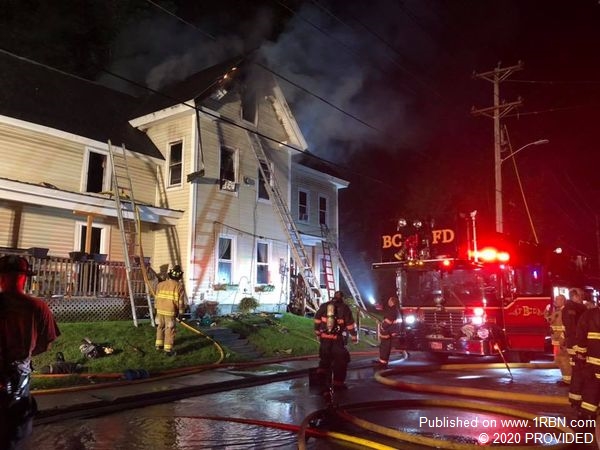 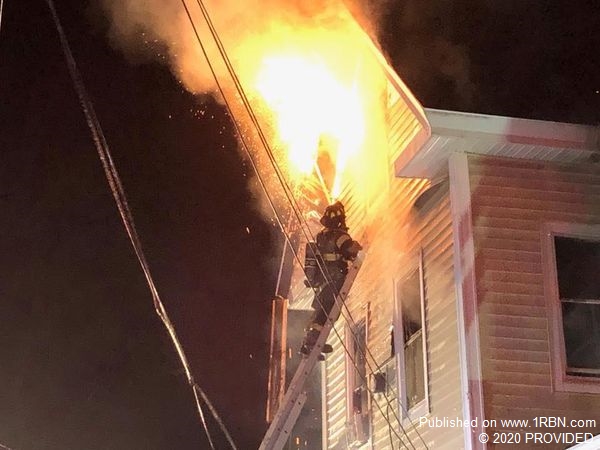 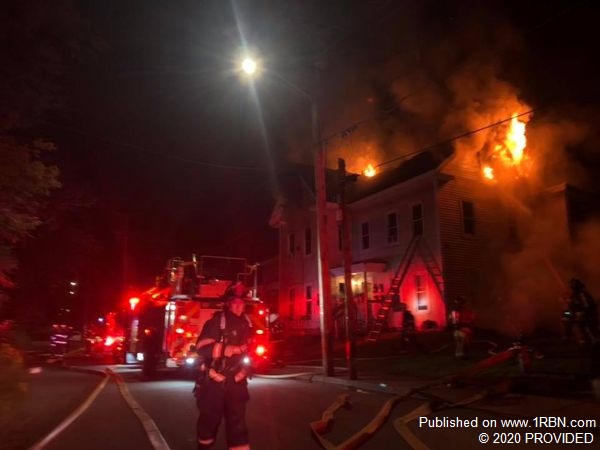 Shortly after arrival, the Incident Commander was notified that all occupants were out of the building, however with simultaneous fire attack further search tactics were performed to guarantee full evacuation. Two occupants were transported to Central Vermont Medical Center, one 17 year old female was injured while jumping from the building, the second, an adult female was transported due to smoke related issues. One elderly female was removed from the building by neighbors and police officers from Barre City Police Department.

Due to the size and nature of the fire, mutual aid assistance was called for and provided by Montpelier Fire Local 2287,

The fire was under control within 3 hours of dispatch, however cleanup took several hours and a crew remained on scene overnight to assure that the fire was completely extinguished.

All units appeared to have working smoke detectors, however it appeared that the fire was initially on the exterior of the building, which prevented early detector activation. Occupants of the building called 9-1-1 to report the fire.