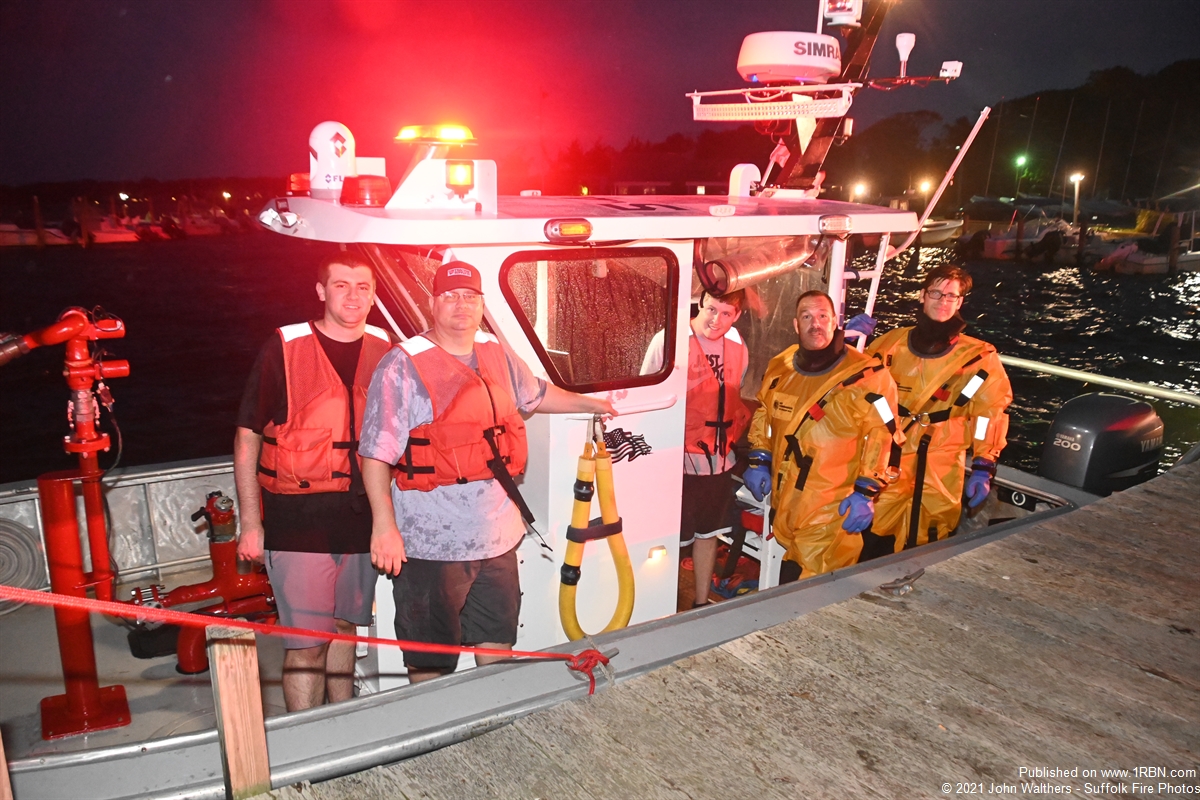 Photo by John Walthers - Suffolk Fire PhotosMembers of Center Moriches FD Company 1 board the boat after dropping off the 5 people they rescued from the water at Union Ave Dock. 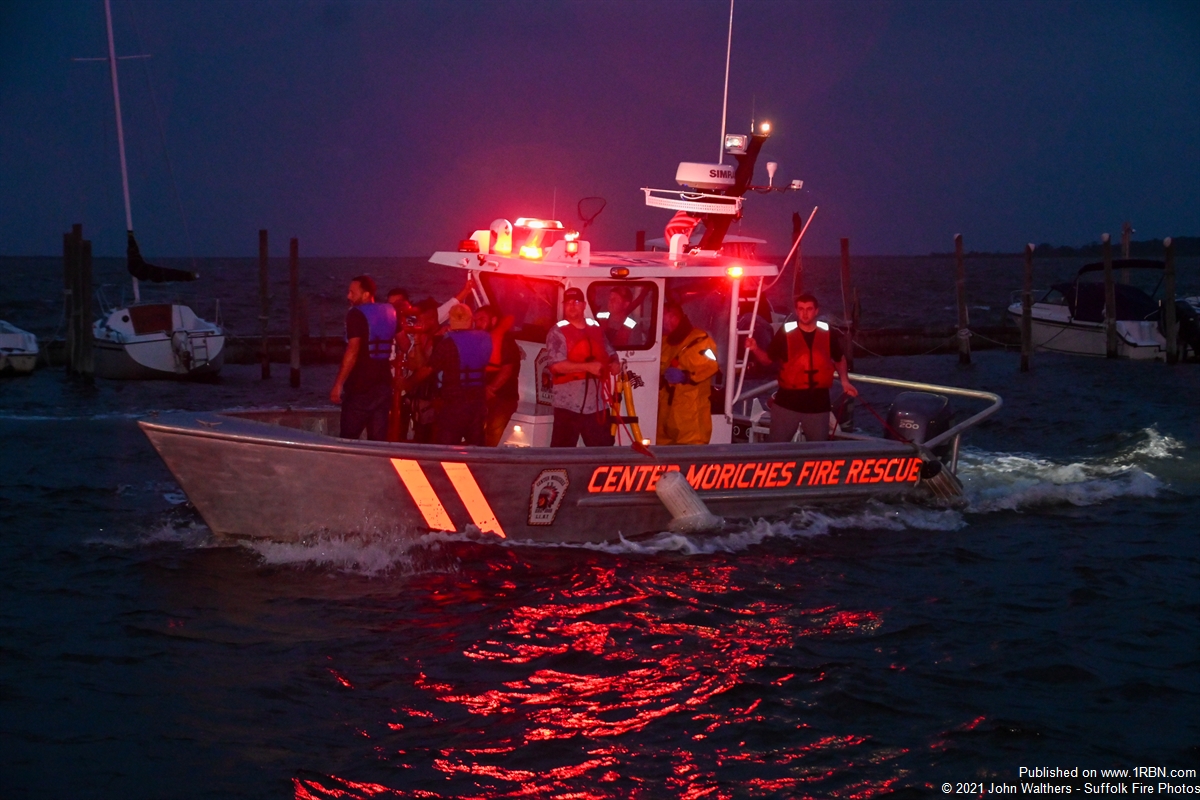 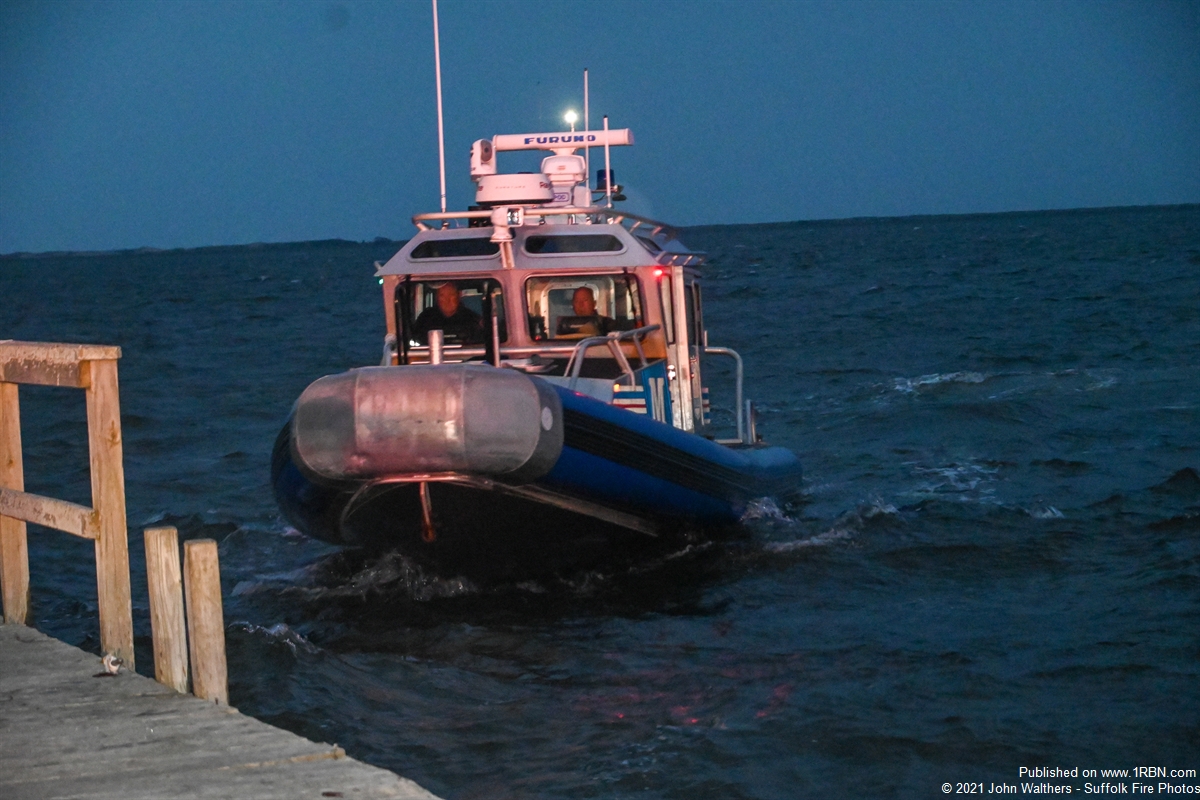 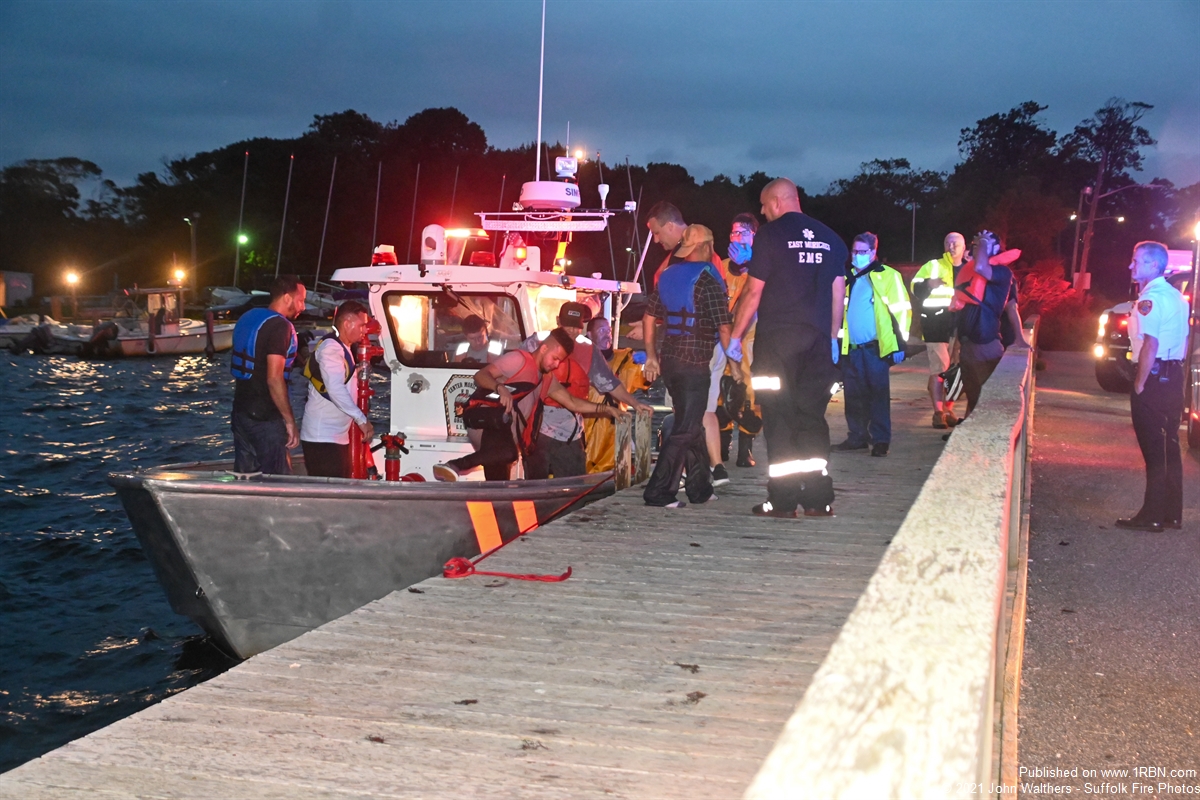 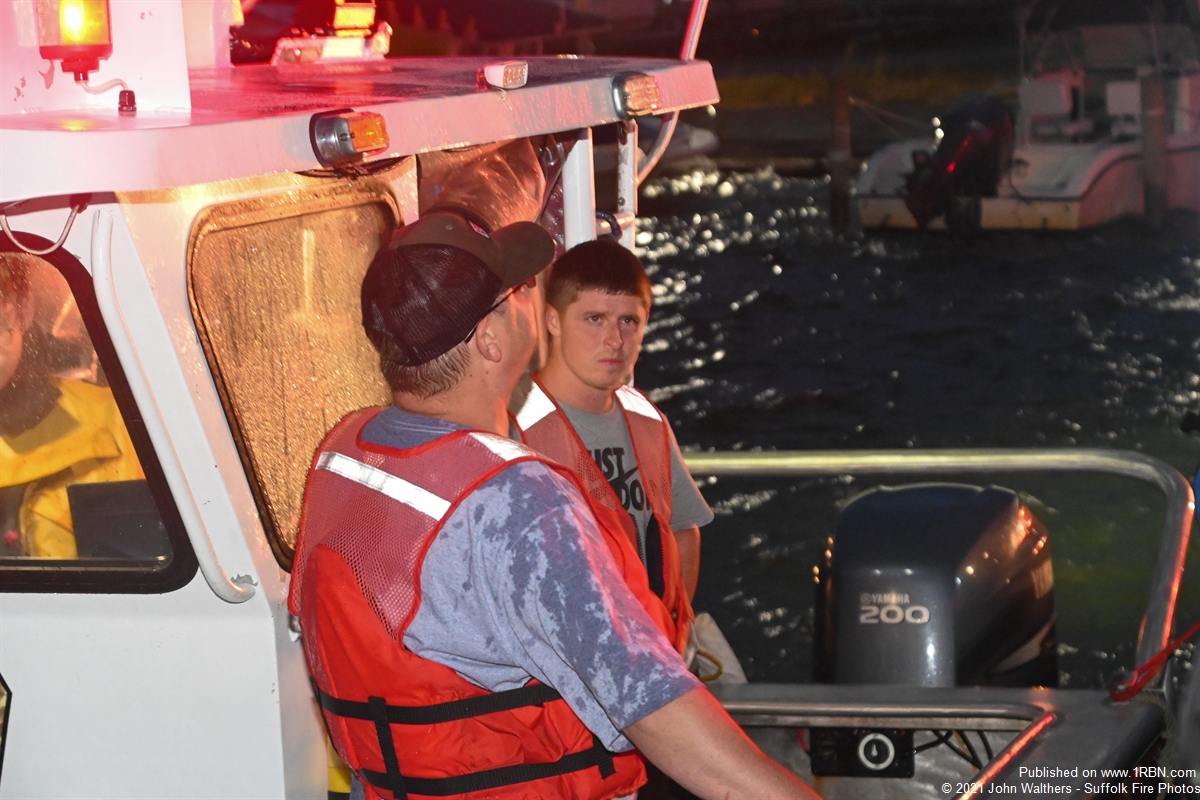 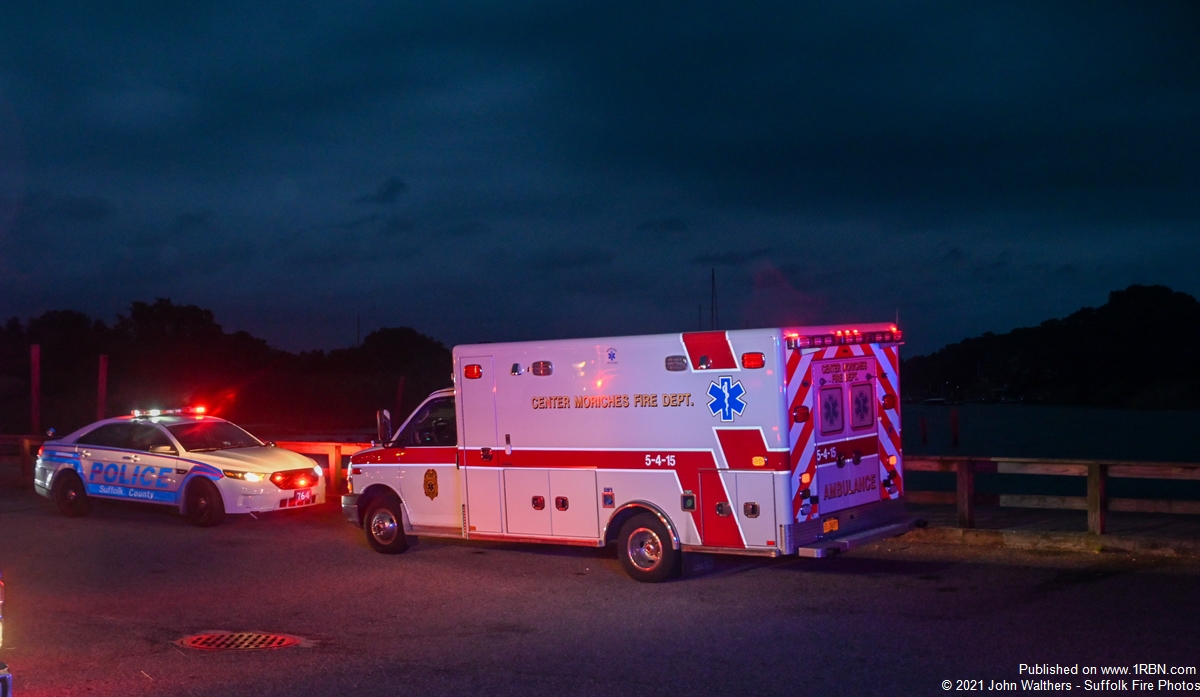 Center Moriches N.Y.- On Sunday September 5th around 7:05 PM Suffolk County Fire Rescue activated the Moriches Bay area Marine Incident response team for a report of a overturned boat with multiple people in the water. The location of the incident was in the Moriches Bay near Orchard Neck Creek. The Marine incident response team which consists of assets from the Center Moriches FD, Mastic FD, Mastic Beach FD, East Moriches and Eastport FD quickly swang into action. Members from Center Moriches FD Company 1 boarded the departments rescue boat (5-4-26) and got under way within a few minutes time. The other departments on the team also quickly sent assets to their respective marinas to get underway as well to assist.

Center Moriches boat 5-4-26 was on scene within less then 5 minutes and advised Chief of department Schilling who was the incident commander that they had 4 people on the Jetty and 1 person was in the water clinging to the side of the jetty. 2 Rescue Swimmers were deployed from 5-4-26 and made their way to assist the 5 people some of whom were reportedly not wearing life vests. They were taken on board the rescue boat by members of Center Moriches FD. Once he received confimation that the parties were on his department’s vessel Chief Schilling (5-4-30) advised dispatch to cancel any mutual aids and that they would be transporting the people back to Union Ave Dock. The boat was met at Union Ave Dock by ambulances from both the Center Moriches FD and Mastic Ambulance company. The subjects were evaluated by EMS personnel however it did not appear any transports were needed to the hospital. SCPD Marine Mike, 7th precinct officers and US Coastguard were also dispatched and on scene.