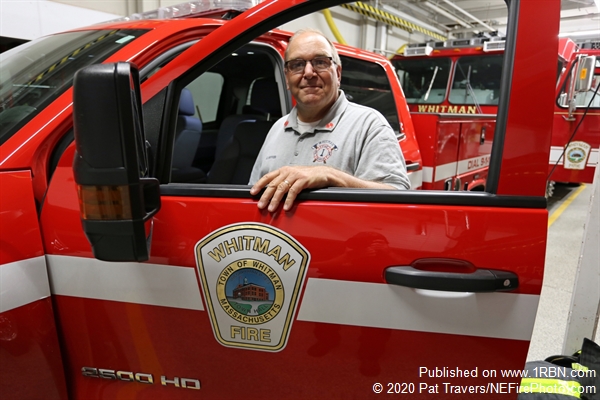 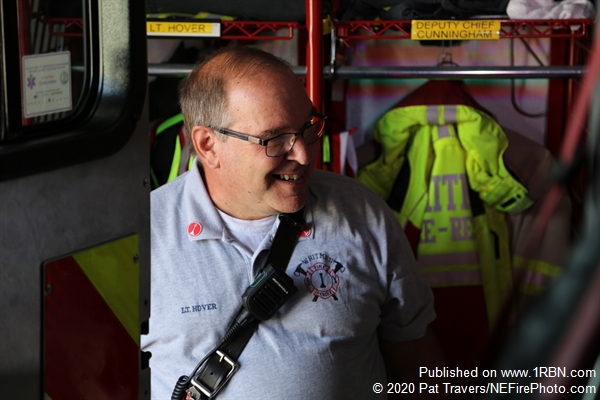 Photo by Pat Travers/NEFirePhoto.comLieutenant Hover gets ready to board Engine-243, on its way to Brockton for a building fire. 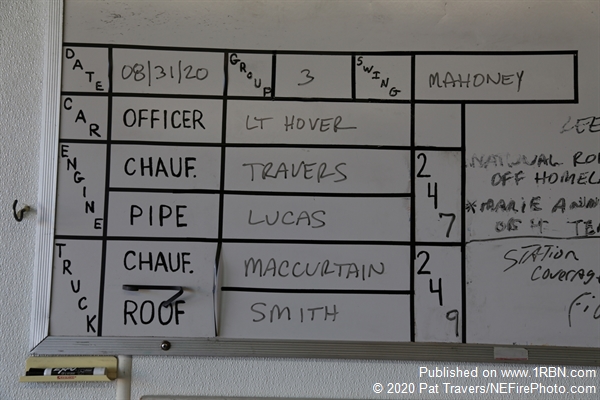 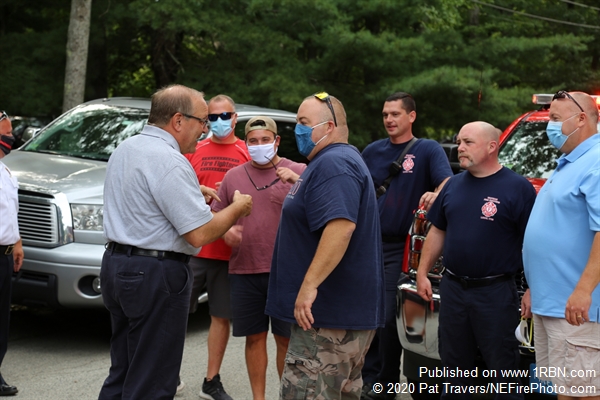 Photo by Pat Travers/NEFirePhoto.comFirefighters bid farewell to Lieutenant Hover after being dropped off at his home. 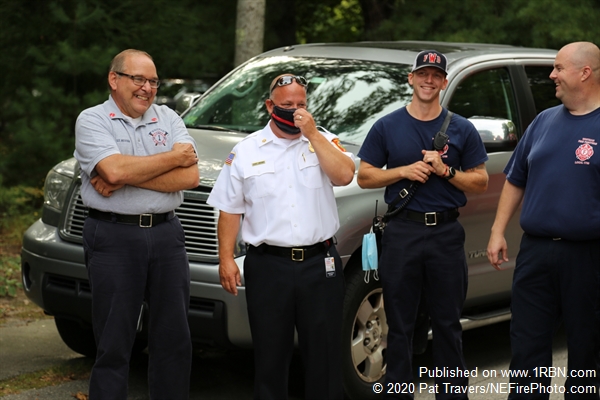 Photo by Pat Travers/NEFirePhoto.comLieutenant Hover along with Chief Grenno, and FF's Lucas and Mahoney as he is dropped off at home. 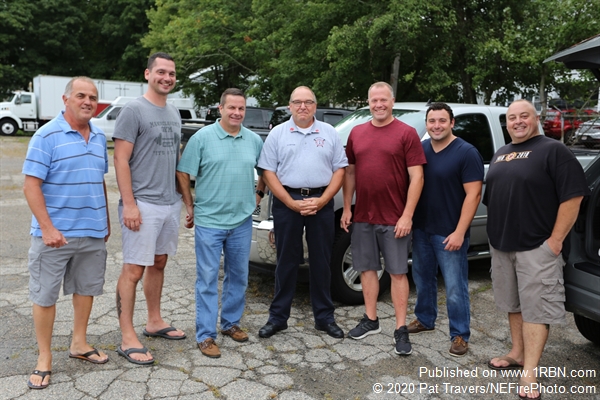 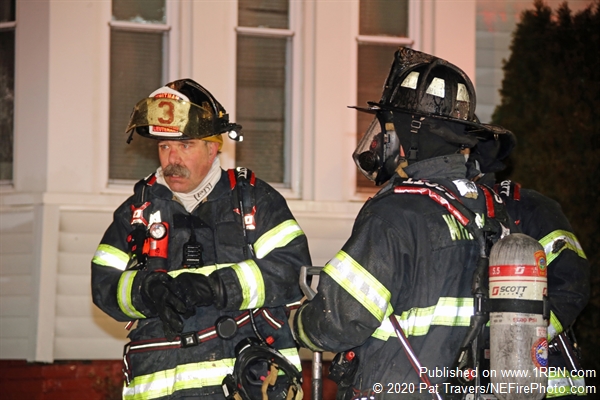 Photo by Pat Travers/NEFirePhoto.comLieutenant Hover working at a fifth alarm house fire back in 2019. 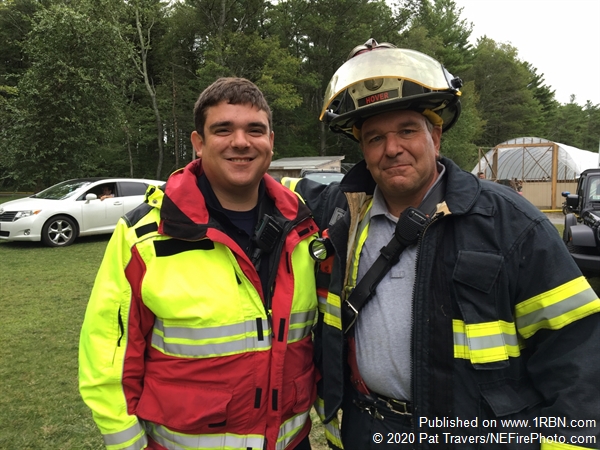 Photo by Pat Travers/NEFirePhoto.comLieutenant Hover worked along his son Allen, now a Walpole firefighter, at a fire back in 2016.

WHITMAN, MASSACHUSETTS (PLYMOUTH COUNTY) - On Monday, August 31, 2020 at 1600 hours Whitman MA Fire Lieutenant Robert Hover signed off the air after his 34-years of service to the Town of Whitman. Lt Hover was driven home in Whitman Engine-243, which was chauffeured by his son, FF Allen Hover of the Walpole Fire Department. Following close behind was nearly every piece of Whitman fire apparatus.

He arrived at home to find a welcoming committee of family and friends awaiting him, along with a large electronic sign congratulating him on his 34-year firefighting career. Lt Hover leaves the department after 34-years of service including 2-years as a call-firefighter, 11-years as a firefighter, and his last 21-years as Lieutenant. Most of his years as lieutenant he served as the shift officer of Group-3.

Lieutenant Bob Hover’s last shift was surely an interesting one. Shortly before noontime, Lt Hover traveled with Engine-243 as they responded to Brockton Station-2 for a cover assignment during their second alarm fire on Pleasant Street. When the RIT company got put to work, Engine-243 moved up to cover Station-1. As Engine-243 was backing into Station-1, the OIC of the fire struck a third alarm, moving Engine-243, among others, to the scene. The fire ultimately went to four alarms.

The Whitman crew was immediately put to work upon their arrival. After spending a couple minutes on the second floor, Lt Hover’s relief arrived after being shuttled over from Whitman, and he was pulled out of the building. Lieutenant Hover returned to Whitman with Chief Timothy Grenno, as a ceremony would be underway shortly celebrating his retirement.

Friends, family, co-workers, elected officials, and others all congratulated Lieutenant Hover on his 34-year career and wished him well during retirement, wearing masks and while remaining socially distant at the firehouse. Lieutenant Hover received commendations and recognition from the local Selectmen Don Salvucci, State Representative Alyson Sullivan, State Senator Mike Brady, US Congressman Stephen Lynch, the Professional Firefighters of Massachusetts, IAFF Local #1769, the members of Group-3 and from the Fire Chief, among others.