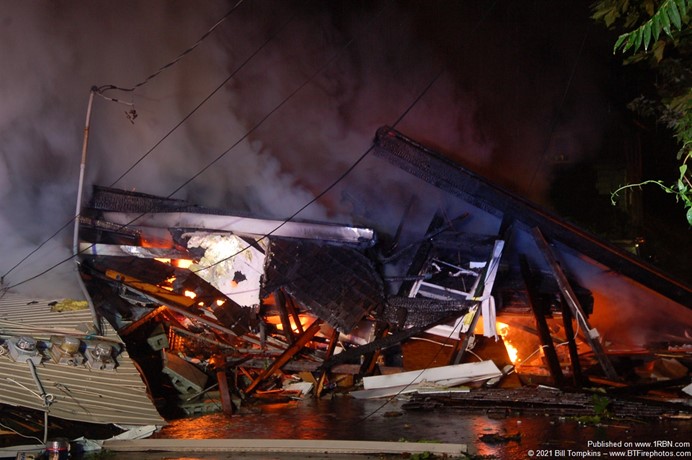 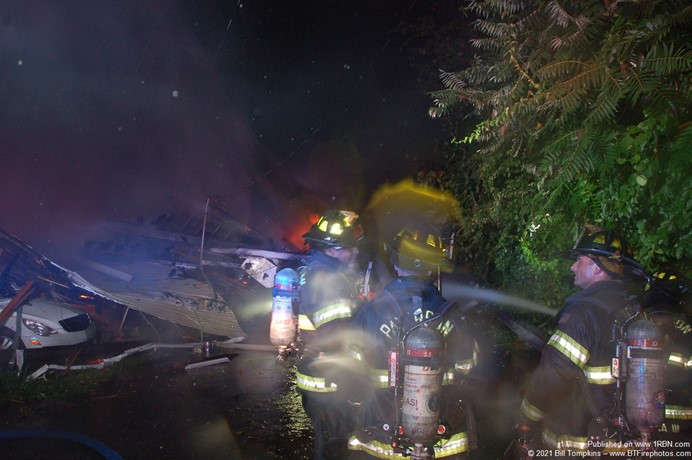 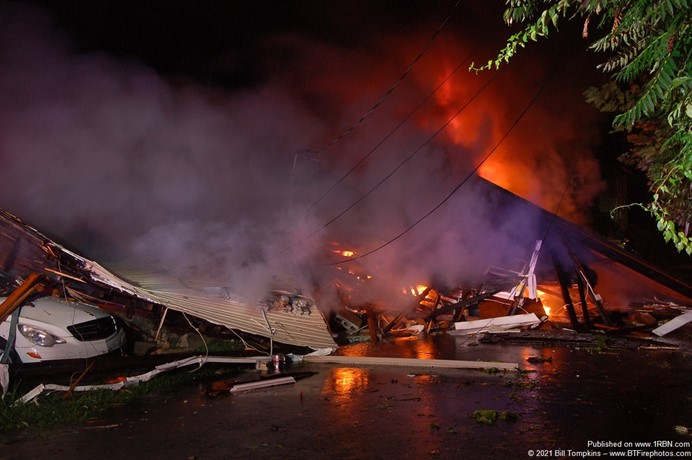 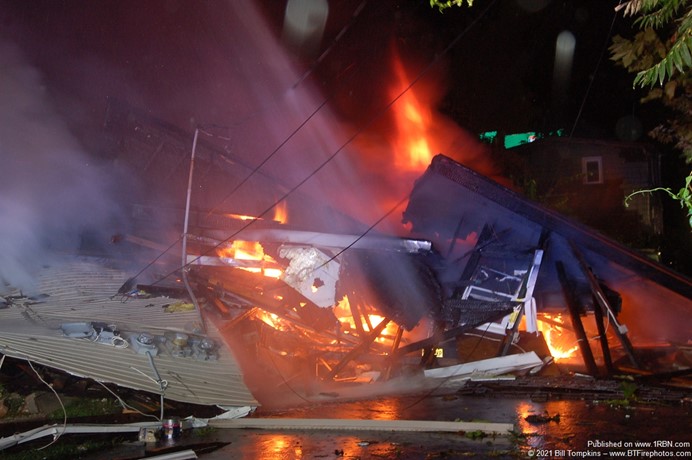 PATERSON, NJ - As the height of the wind and rain from the remnants of Hurricane Ida passed over Northern New Jersey, a two-and-a-half story frame OMD exploded with a force that left debris scattered several residences away.

At about 12:35 A.M. on September 2nd, while many Paterson units were in service assisting and rescuing people from the effects of the severe flooding that was happening throughout the city, a huge explosion flattened an apartment building at 38 Canal St. Heavy fire was soon consuming the pile that was left and several cars out front. A second structure at 40 Canal was seriously damaged. Canal Street is a very narrow dead end that only allowed apparatus to pull in single file.

The first-in tower ladder quickly set up and was supplied by Engine 1 behind it. One hand line and the tower were able to keep the flames to the original building. A second-alarm was transmitted for water supply. Amazingly, none of the reported 15 residents were injured. It is believed that a gas leak was detected and all the occupants evacuated before the blast. The exact cause is under investigation.

While this was happening, Paterson first responders were extremely busy with the effects of the storm. Paterson Mayor Sayegh reported that about 250 people were rescued from flooded cars and buildings, including two EMTs and a patient from an ambulance that was overrun by flood waters.

There was also an amazing rescue of a man that became trapped underneath a bridge. Paterson Chief Brian McDermott stated that the man could not be reached from the outside due to the quickly rising waters and the debris against the bridge. In a race against the clock, firefighters cut through 10-inches of concrete and rebar and a steel plate to reach and remove the man.