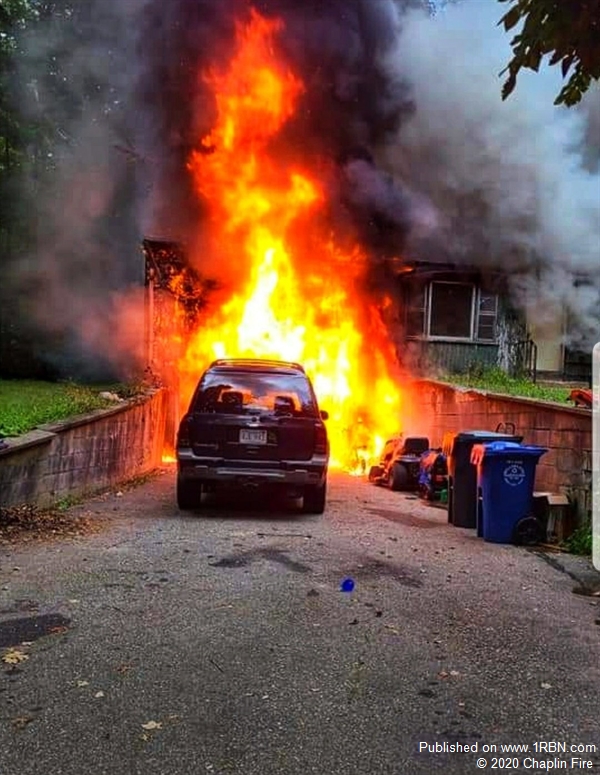 Photo by Chaplin FireCrews arrived to the left side of the home well involved. 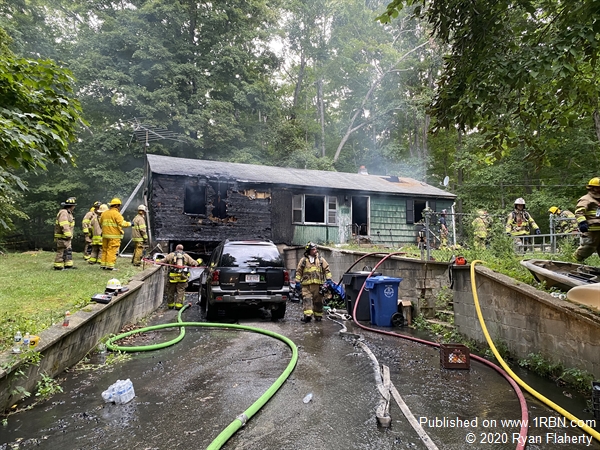 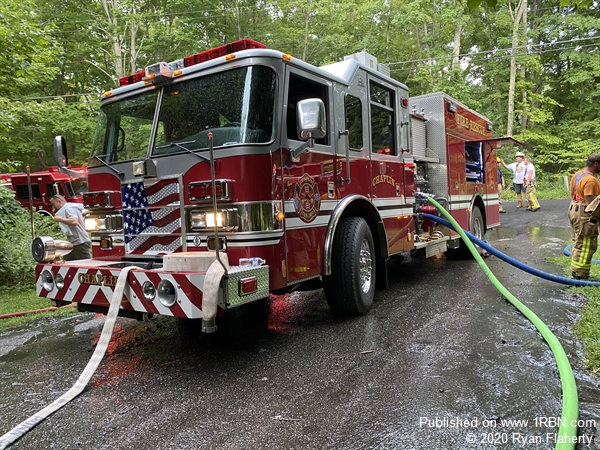 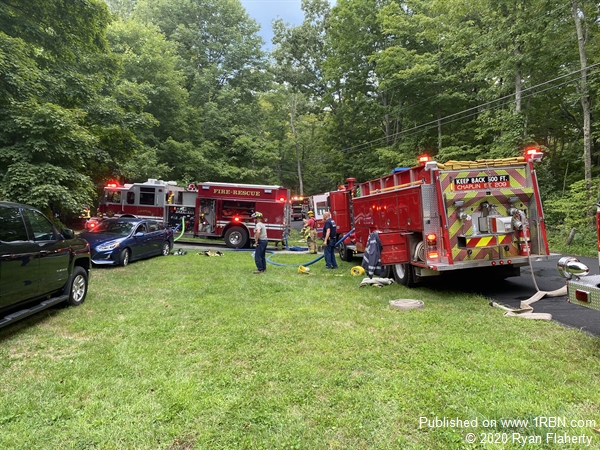 At 4:55 PM on Tuesday, 8/25/2020 the Chaplin, Hampton, North Windham, Eastford and Willimantic Fire Departments were dispatched to 45 Natchaug Street for a garage fire spreading into the house. Engine 109 arrived at 5:06 with fire showing from the garage extending up into the residence. Crews stretched a 2.5” hose line to the garage to knock down a large volume of fire while other members stretched a one and three quarter inch line to the front door and began interior operations. Firefighters then stretched an additional inch and three quarter to the bravo side while another crew performed vertical ventilation. This is a rural area without hydrants so Scotland and Bungay Tankers were added. The fire did not result in any injuries and the Chaplin Fire Marshal is investigating.