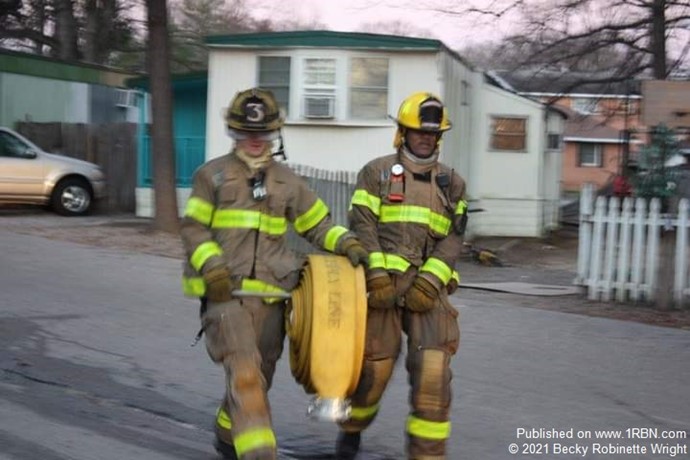 Photo by Becky Robinette WrightFirefighters on scene of a previous fire in Shady Hill Trailer Park.

Firefighters went into Rescue mode and entered the blazing inferno and thick smoke,removing a 78 year-old man and searching for additional victims.

In spite of the valiant effort of firefighters and medics,the victim died at the hospital.

Conditions for firefighters were brutal. In addition to wearing protective gear that can weigh up to 65 pounds or more, temperatures were in the 90's with a heat index of 108 degrees.

Rehab was offered in the Medical Services Unit (MSU).

In addition to the death of the male resident, three dogs and a cat perished in the fire. Two dogs are still missing.

Two surviving adults who were not home at the time of the fire,we're displaced and are being assisted by the Red Cross.

The mobile home is a total loss.