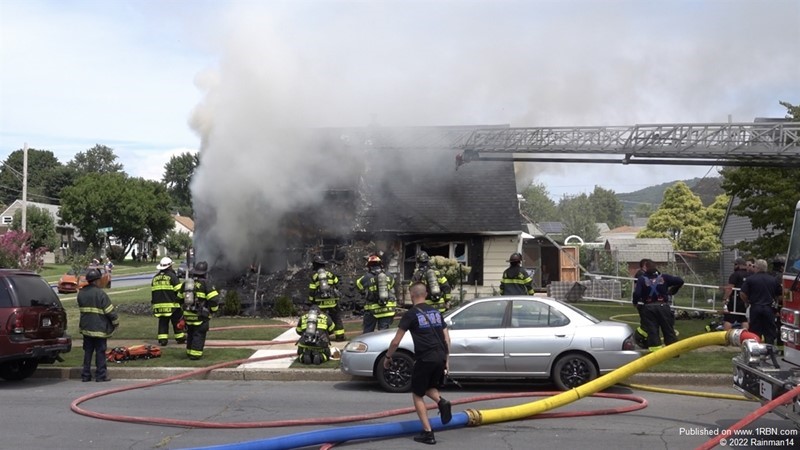 Photo by Rainman14Firefighters arrived to find heavy fire showing from the front of the house; a porch collapse forced crews to enter through the rear. 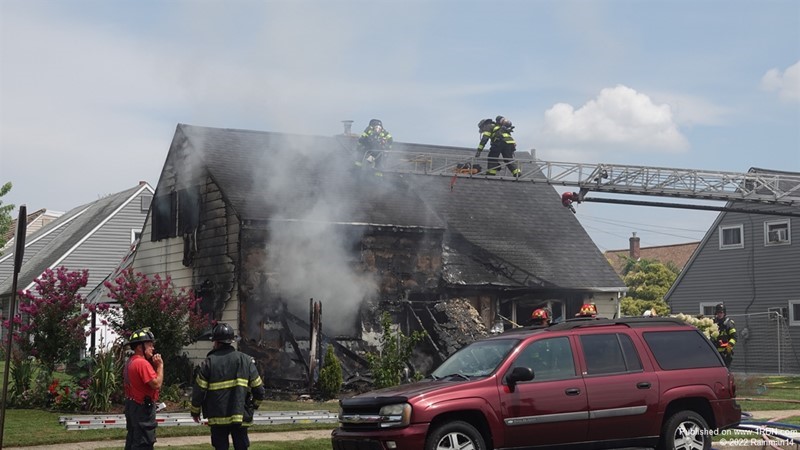 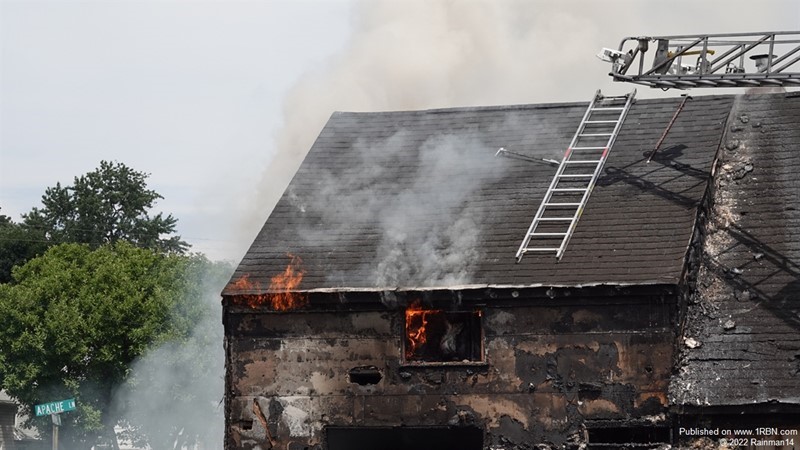 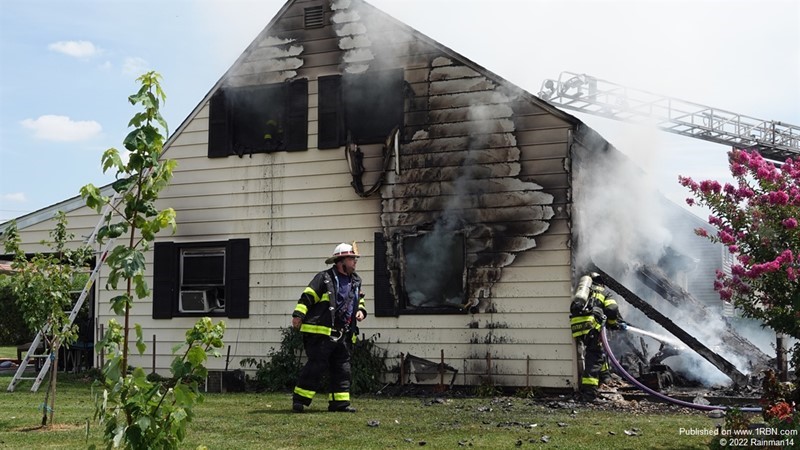 Responding crews spotted a large column of smoke. Blandon Fire Co. Ladder 12 and Deputy 66-1 arrived to find heavy fire showing from sides 'A' and 'B'. Upon arrival of Engine 66-2, a handline was immediately stretched and put in to service, knocking down the fire from exterior.

With a collapse of the front porch blocking the front door, crews pulled the line to the rear of the house where they entered and battled heavy fire conditions throughout. Command requested two additional engines for manpower and another RIT team to the scene. The special call and cover companies brought Union Fire Co. Engine 37 and Rescue 37, Fleetwood Fire Co. Rescue 45, Walnuttown Fire Co. Engine 32 and Exeter Twp. Fire Dept. 25 for RIT. Two other handlines were pulled, including one to the front of the structure and one to the second floor. Crews completed searches and confirmed that everyone was out of the house.

As additional manpower arrived crews were able to knock down a bulk of the fire and began opening up to check for extension. Command requested an additional two engines again as extensive overhaul was still needed. Wyomissing FD Ladder 79 and West Reading FD Engine 64 brought additional manpower to the scene as crews still had heavy fire in the knee walls on the second floor.

Once the final hot spots were extinguished the fire was placed under control at 2:33 P.M. Crews continued working intensely overhauling the first and second floors. The Salvation Army Canteen 9 assisted with rehab for all crews on scene. The final crews cleared the scene nearly three hours after dispatch.