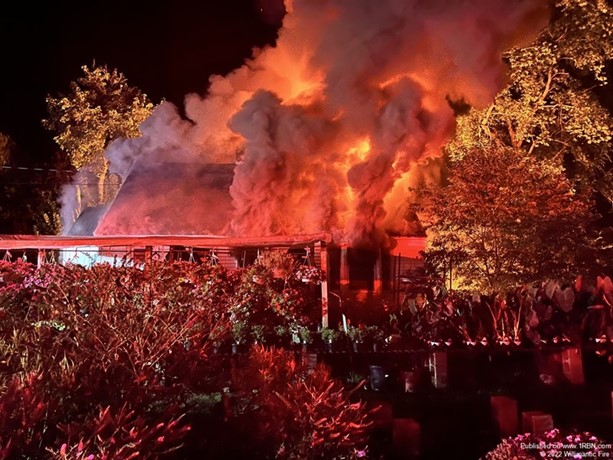 Photo by Willimantic FireCrews had heavy fire from the rear on arrival. 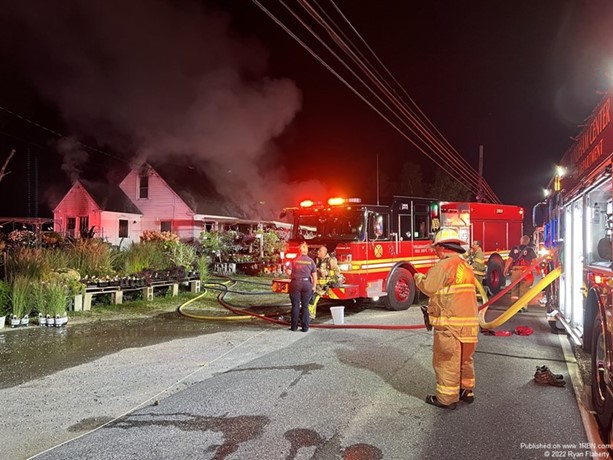 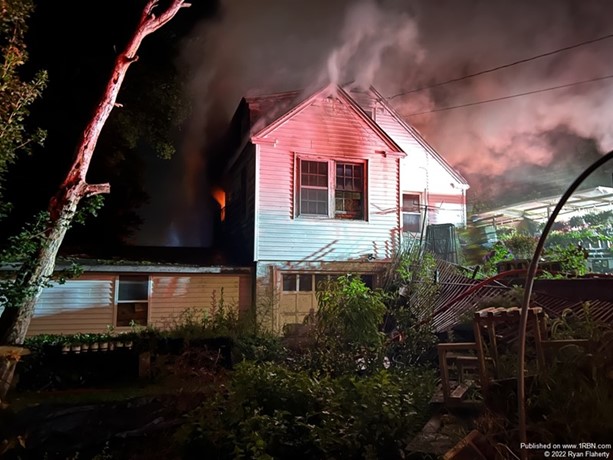 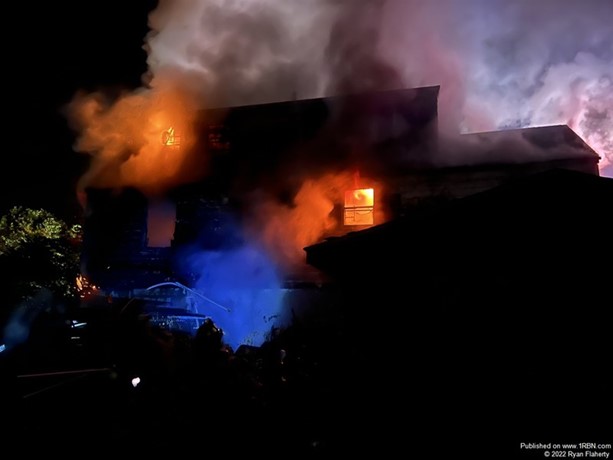 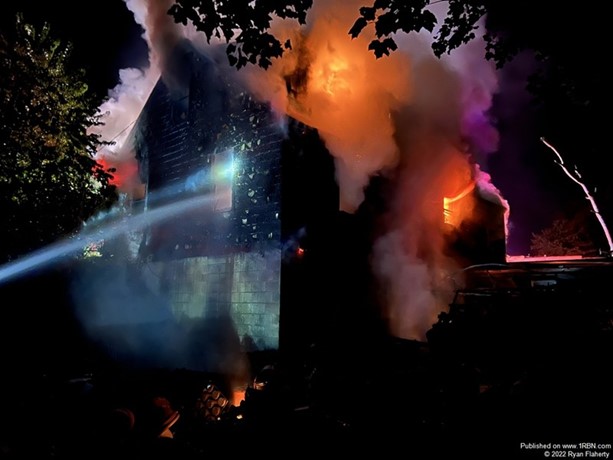 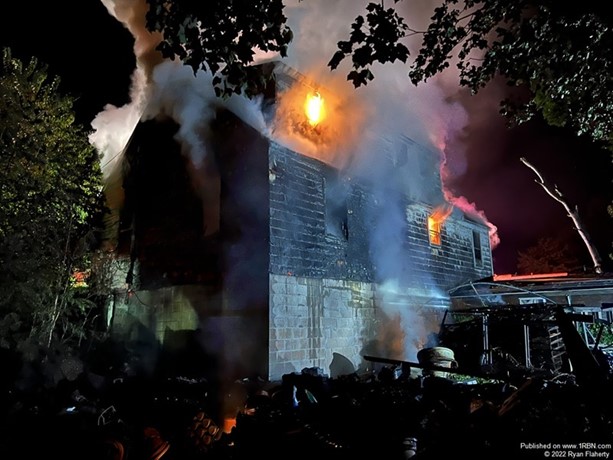 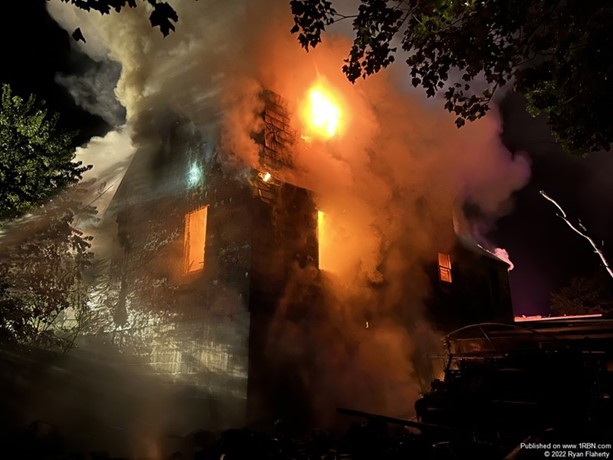 Photo by Ryan FlahertyView from the rear. 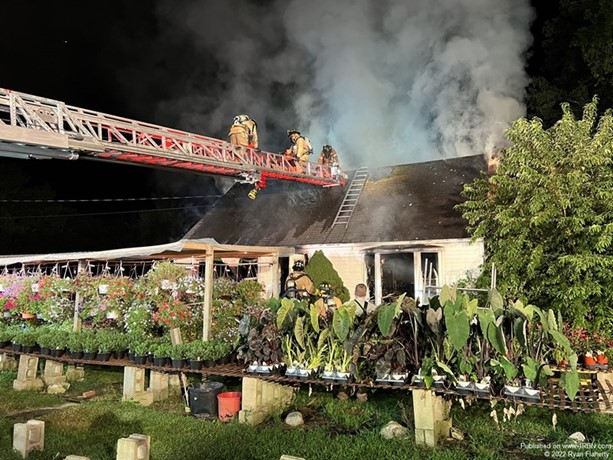 SOUTH WINDHAM, CT - At 11:58 P.M. on Friday, August 19th, the South Windham, Windham Center, North Windham, Willimantic Engine 101, Ambulance 501, Medic 31 and the Yantic FAST were dispatched to 667 Windham Road for a structure fire. Car 404 arrived at 12:04 A.M. with heavy fire showing from the rear of the first floor of a one-and-a-half story wood frame residence.

Engine 101 said they were out of water at 12:20 A.M., so command transmitted the second-alarm and asked for some tankers. Engine 204 laid about 1,000-feet of four-inch supply line and tied into the back of Tanker 103 which was then sending water to Engine 101. Following that, ET-102 laid in from a hydrant on the north side of the incident which fed Engine 103.

Columbia Ambulance 605 was leaving Windham Hospital and took in the fire while providing standby. Lebanon Ladder 106 set up in the front and performed vertical ventilation. At 12:52 A.M., command requested all departments to be re-toned for manpower.