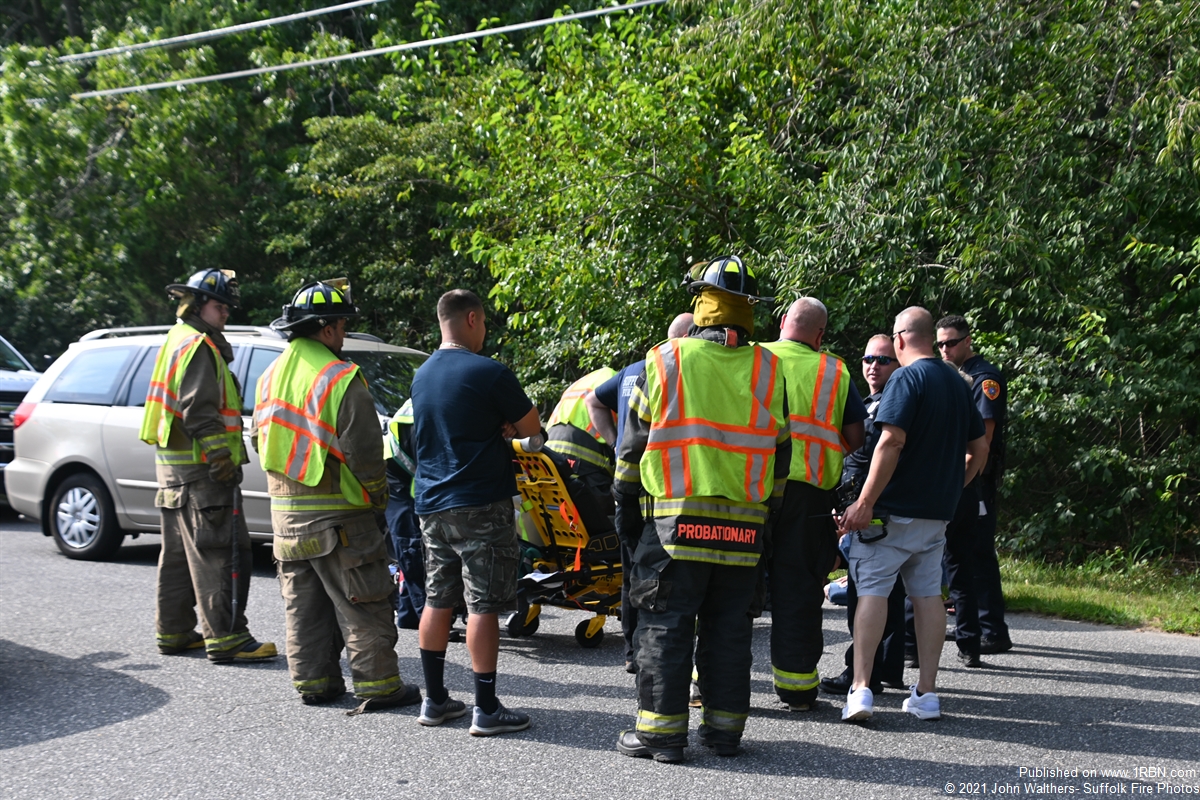 Photo by John Walthers- Suffolk Fire PhotosEmergency Personnel Tend to a patient at a recent Motorcycle crash on Grand Ave in Shirley. 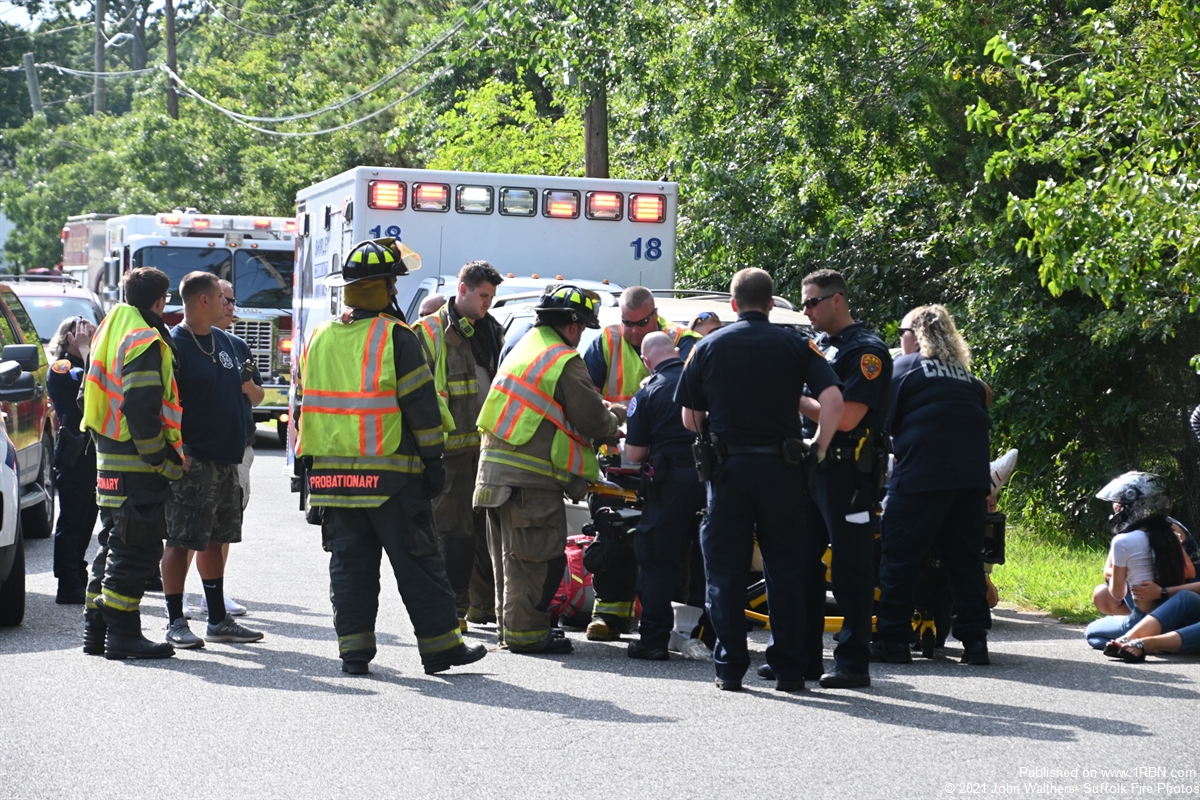 Photo by John Walthers- Suffolk Fire PhotosRescue personnel work to get the first patient on a stretcher for transport. 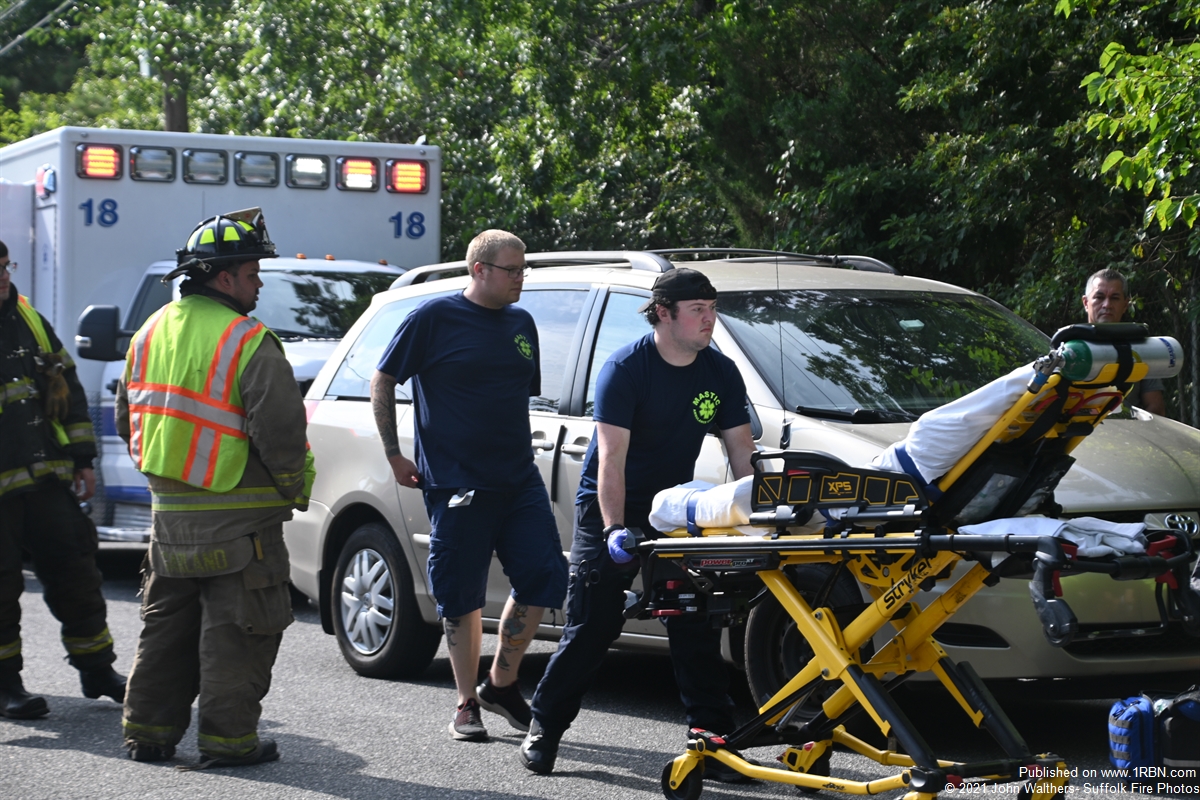 Photo by John Walthers- Suffolk Fire PhotosEms Personnel from Mastic Ambulance come in to tend to the 2nd patient. 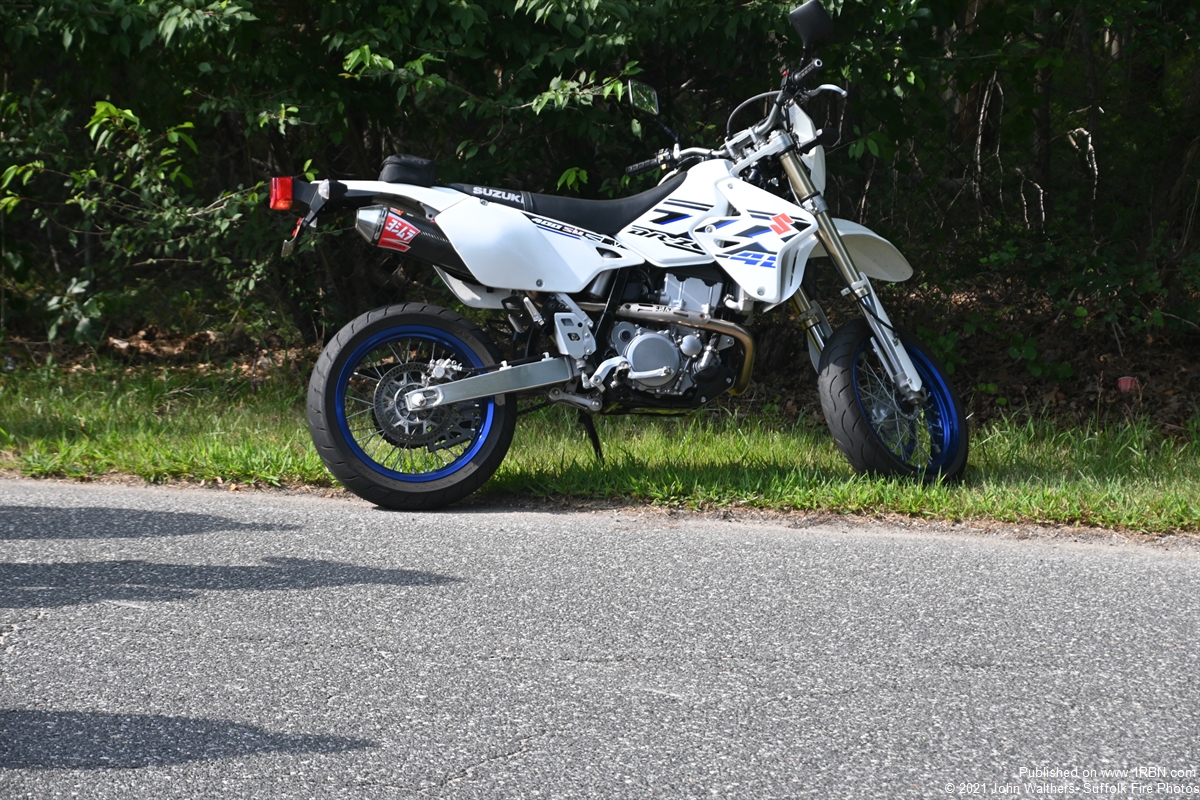 Photo by John Walthers- Suffolk Fire PhotosThe Motor Bike that was involved in the crash. 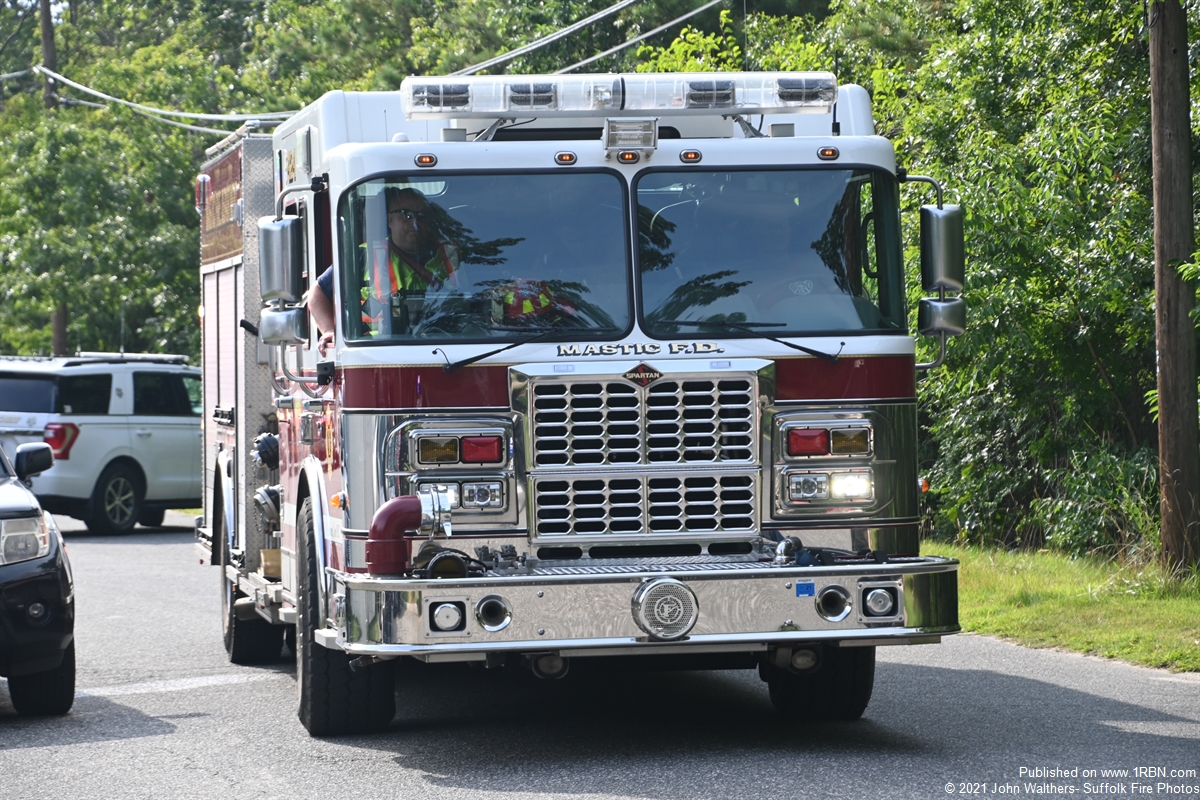 SHIRLEY, NY – On Saturday, August 7th, just after 4:00 P.M., the Mastic FD along with Mastic and Shirley Ambulance were activated for a motorcycle crash with one person reported unconscious on Grand Ave., between William Floyd Parkway and Forest Ave.

On arrival, PD confirmed that a motorcycle was struck by another vehicle. Suffolk Police 7th Precinct officers requested aviation started for a MedEvac at Brookhaven Airport.

Shirley Ambulance First Responder (5-38-83) and Ambulance 18 arrived on scene and went to work checking the motorcyclist, who was conscious. Mastic FD Engine 1’s crew, under the command of Chief Rudy Sunderman, also assisted with duties as needed.

A MedEvac landing zone was in the process of being established at Brookhaven airport by other FD assets as well as the NAT center, however the motorcyclist became combative at the scene while EMS tried to evaluate and treat his injuries and it was determined that ground transport to Stony Brook University Hospital would be used instead.

The scene was turned over to Suffolk Police after the patients were transported, and the MedEvac was returned to base.