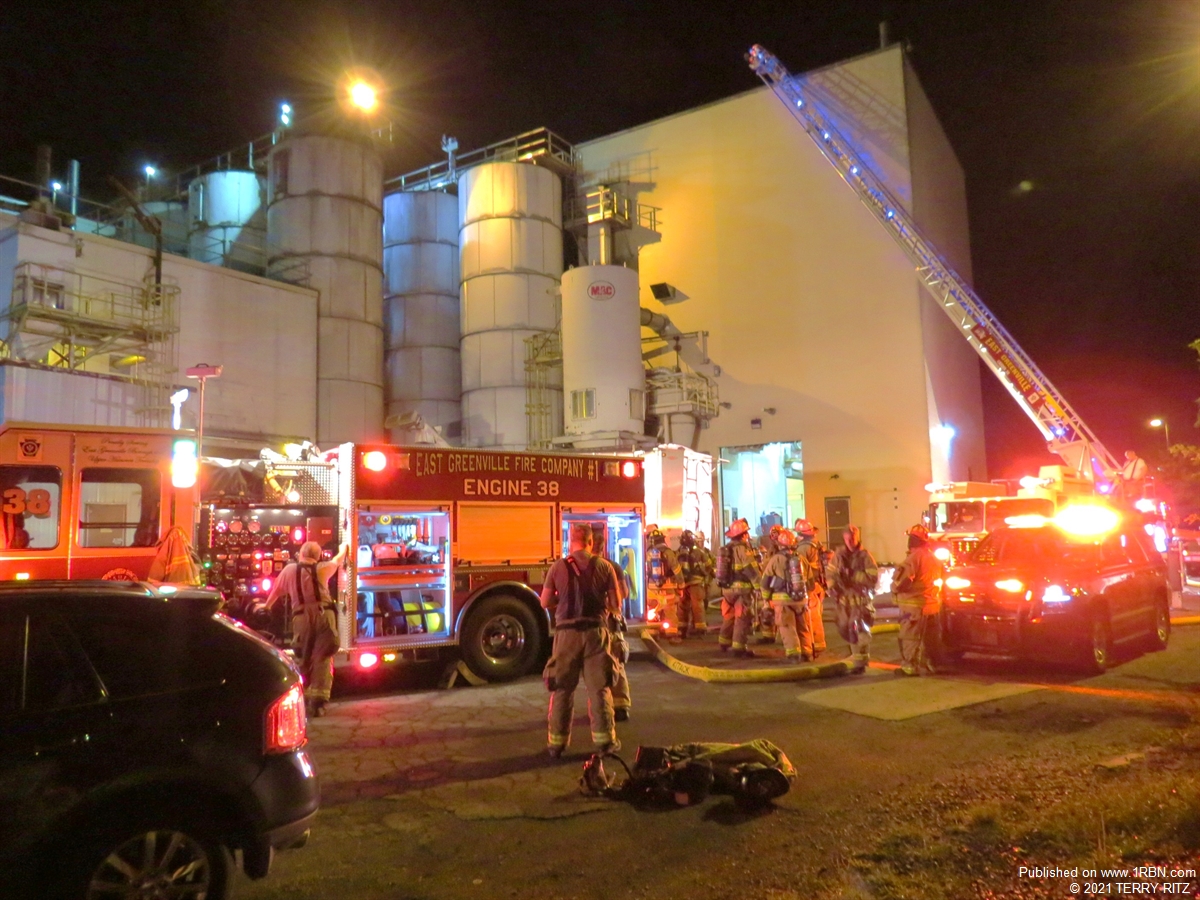 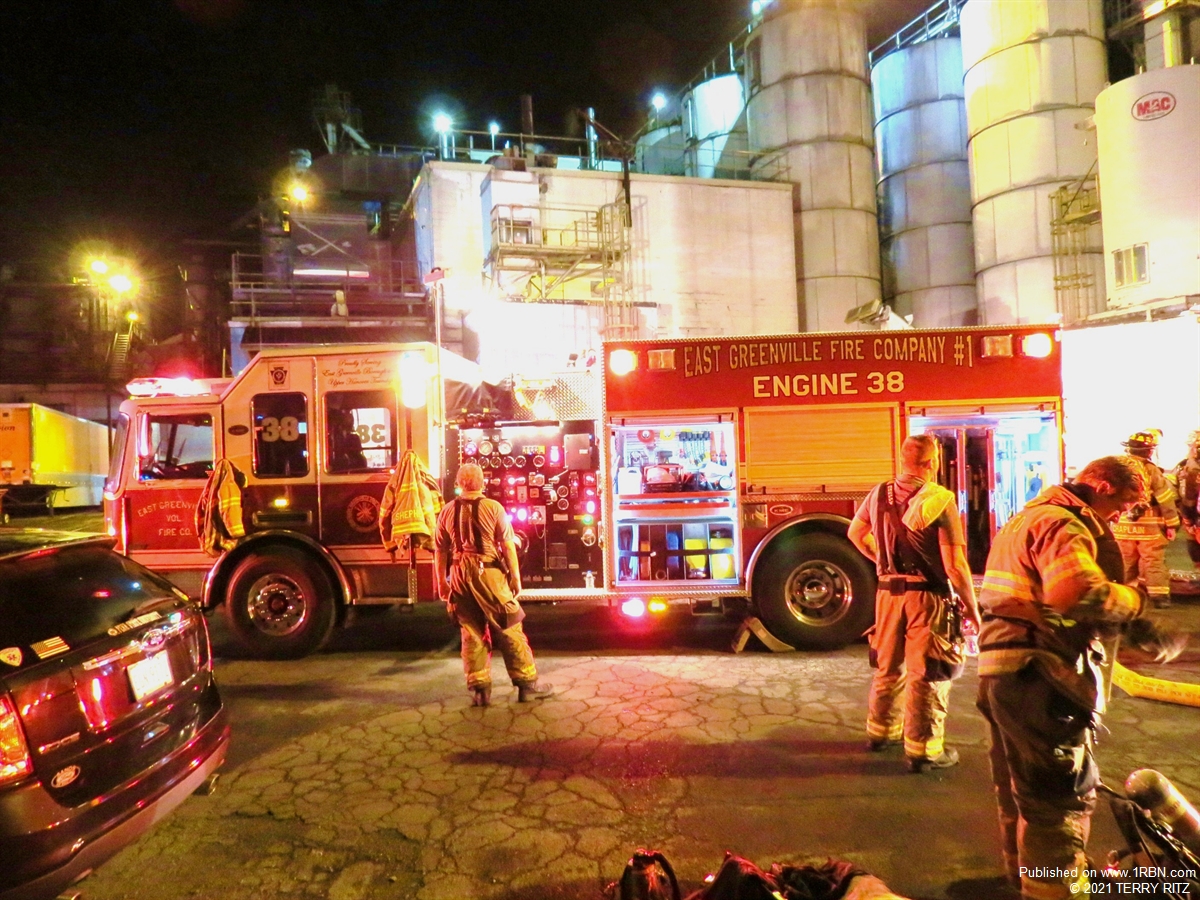 Upper Hanover Twp. Fri. August 13, 21, 1:37 AM.---East Greenville Fire Co. was dispatched to a fire alarm in a commercial building in the township. Upon arrival, Chief 38 had nothing showing from the exterior. He called Montgomery County Dispatch and told them he was investigating. He then called them to upgrade the assignment to the next level because he had an active fire in the interior portion of the building. The additional help was needed to support the manpower pools. Cause of the fire is pending the outcome of the investigation. There were no injuries reported. It was brought under control with in the hour. Assisting East Greenville Fire Co. were Pennsburg, Red Hill, Eastern Berks, and Hereford fire companies. Also, Fire Police from the local fire companies , EMS units from Harleysville and Upper Perk were on the scene.