Driver Shears off Gas Meter and does minor Damage to Building 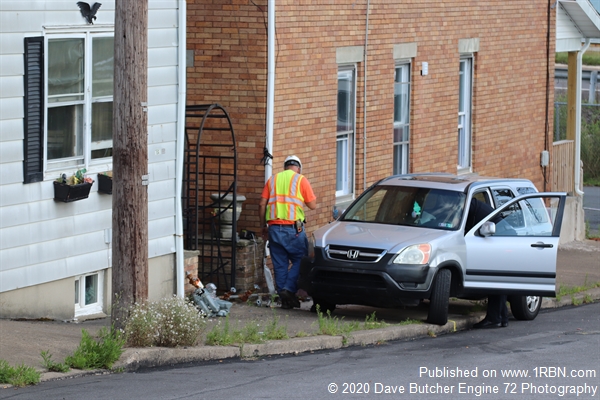 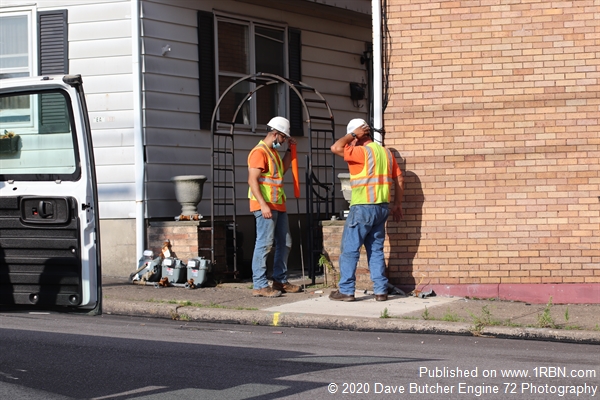 Photo by Dave Butcher Engine 72 PhotographyUGI workers get a better look at the damage to a gas meter and pipes after a vehicle sheared off the meter and did minor damage to building. 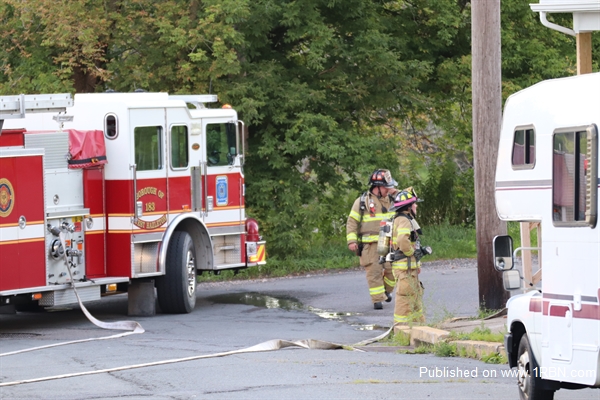 West Hazleton Firefighters standby while waiting for UGI to shut off the gas at 135 W. Cranberry Ave in West Hazleton, PA 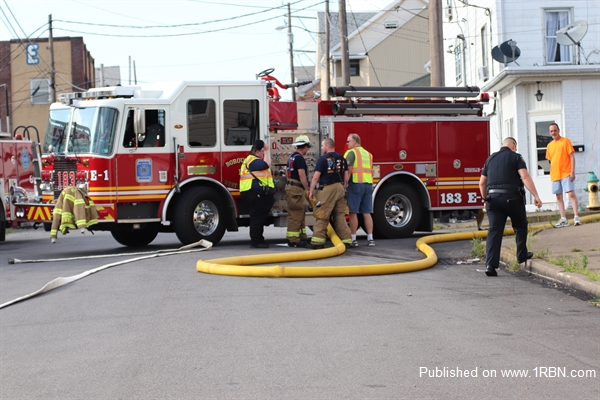 West Hazleton firefighters get ready to pack up after responding to the report of a vehicle into a gas meter and building.

West Hazleton Fire and Police Departments were dispatched to a reported auto accident involving a car into a gas meter and building. West Hazleton Engine 183-2 was the first on scene and had to deal with evacuating the building and surrounding buildings along with on lookers.

According to West Hazleton Fire Chief Richard Sparks one of his thoughts was about having a repeat of the Baltimore Gas explosion and that happening here. They deployed blitz nozzles and laid in supply lines in case they needed to dissipate the gas flowing in the air. The big concern was the high humidity and lack of wind keeping the gas close to the ground.

There were no reported injuries and the units cleared the scene shortly after UGI had the gas leak shut down.