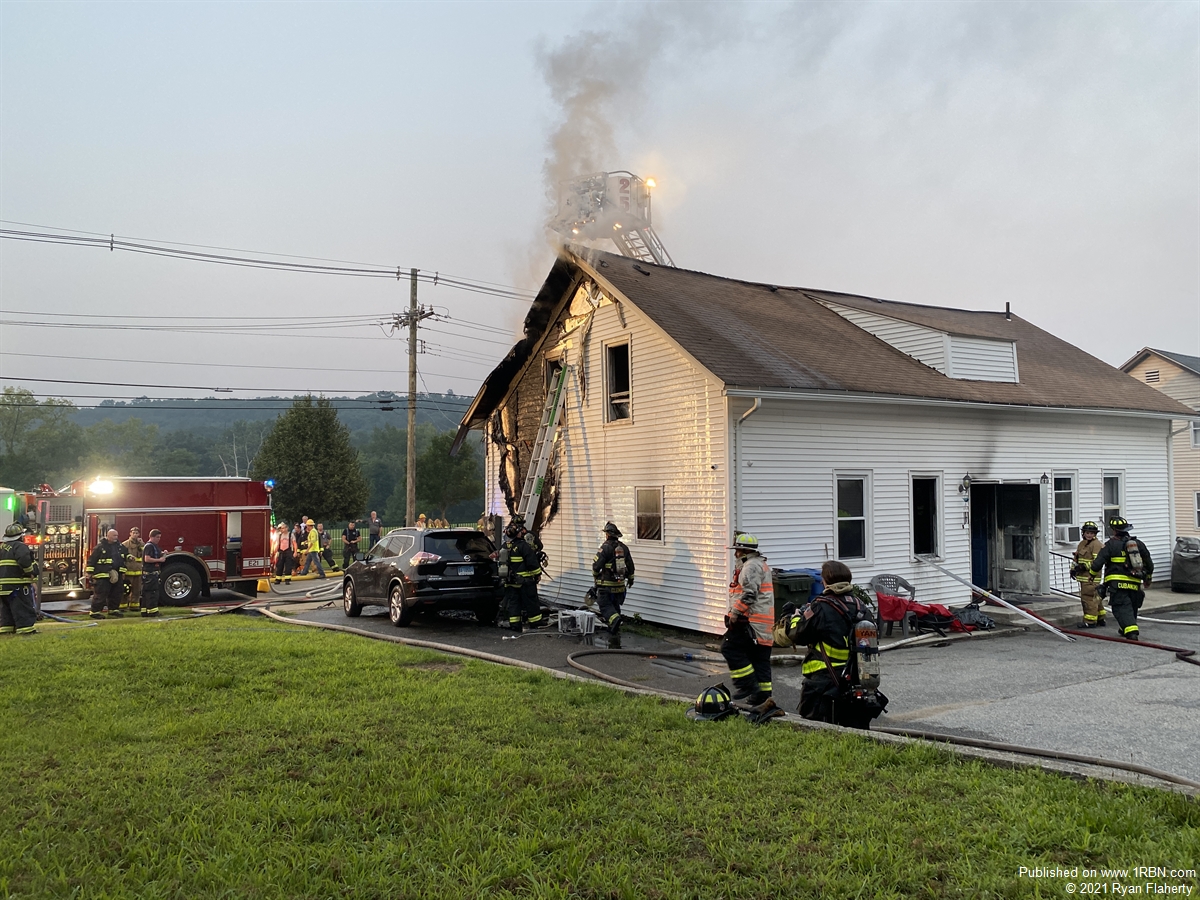 Photo by Ryan FlahertyA crew repositioning the ladder so they can open up the gable end. 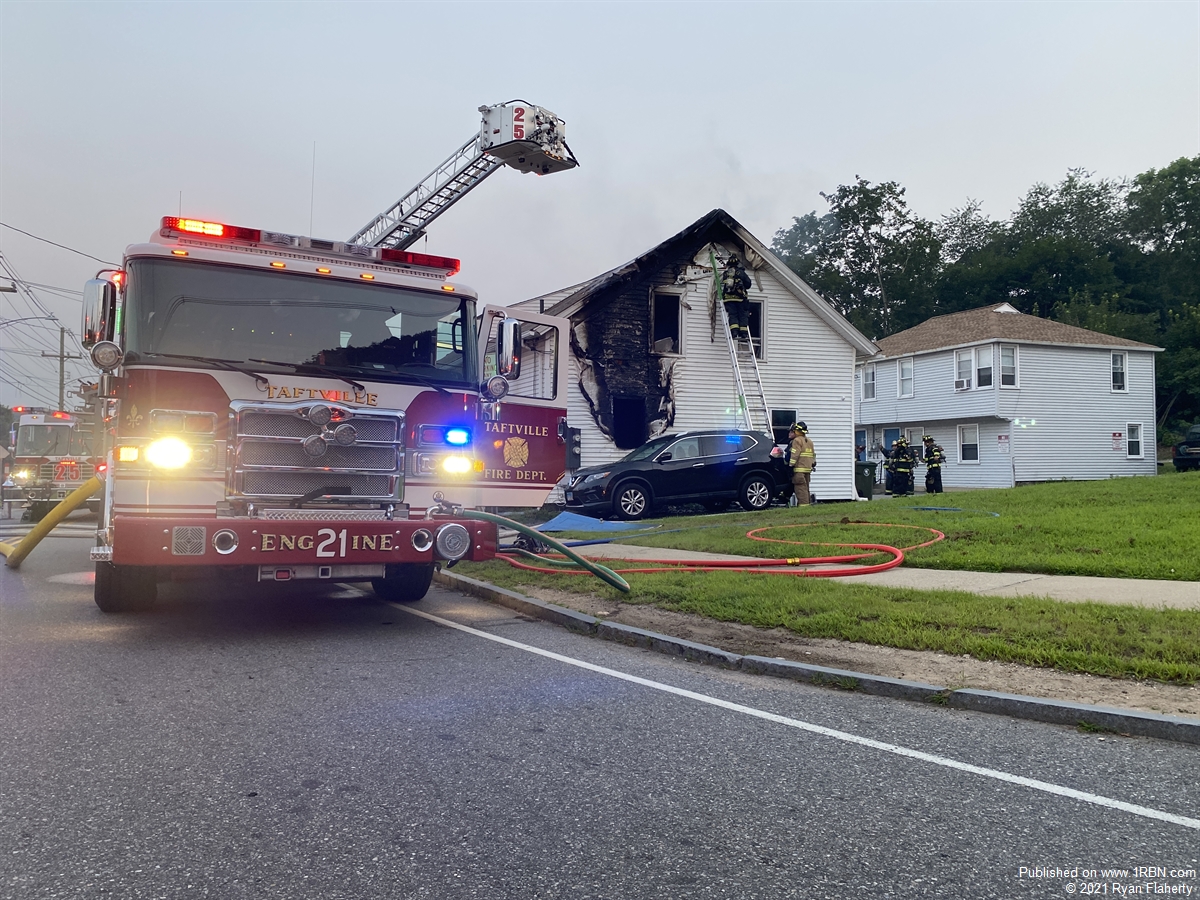 Photo by Ryan FlahertyEngine 21's crew advanced a single stacked minute man to the front to extinguish most of the fire. 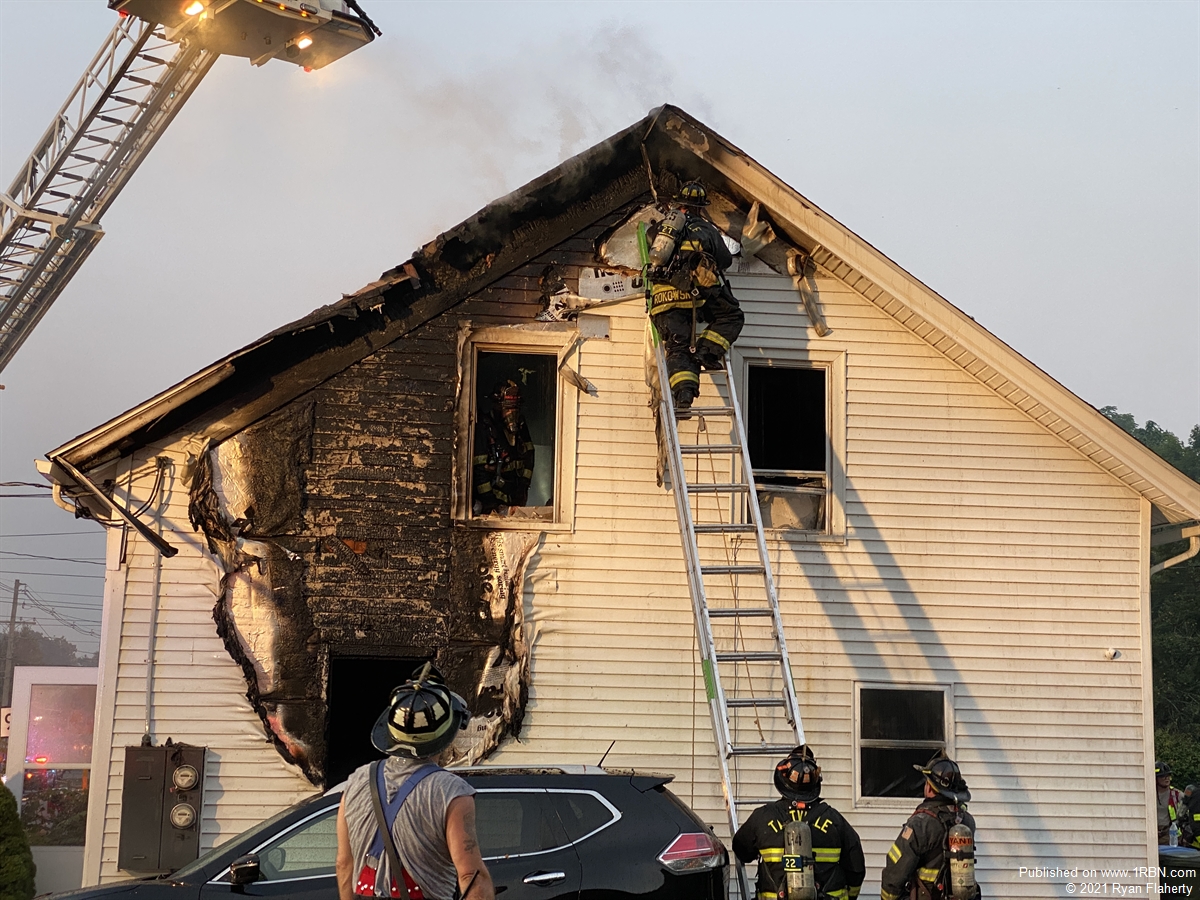 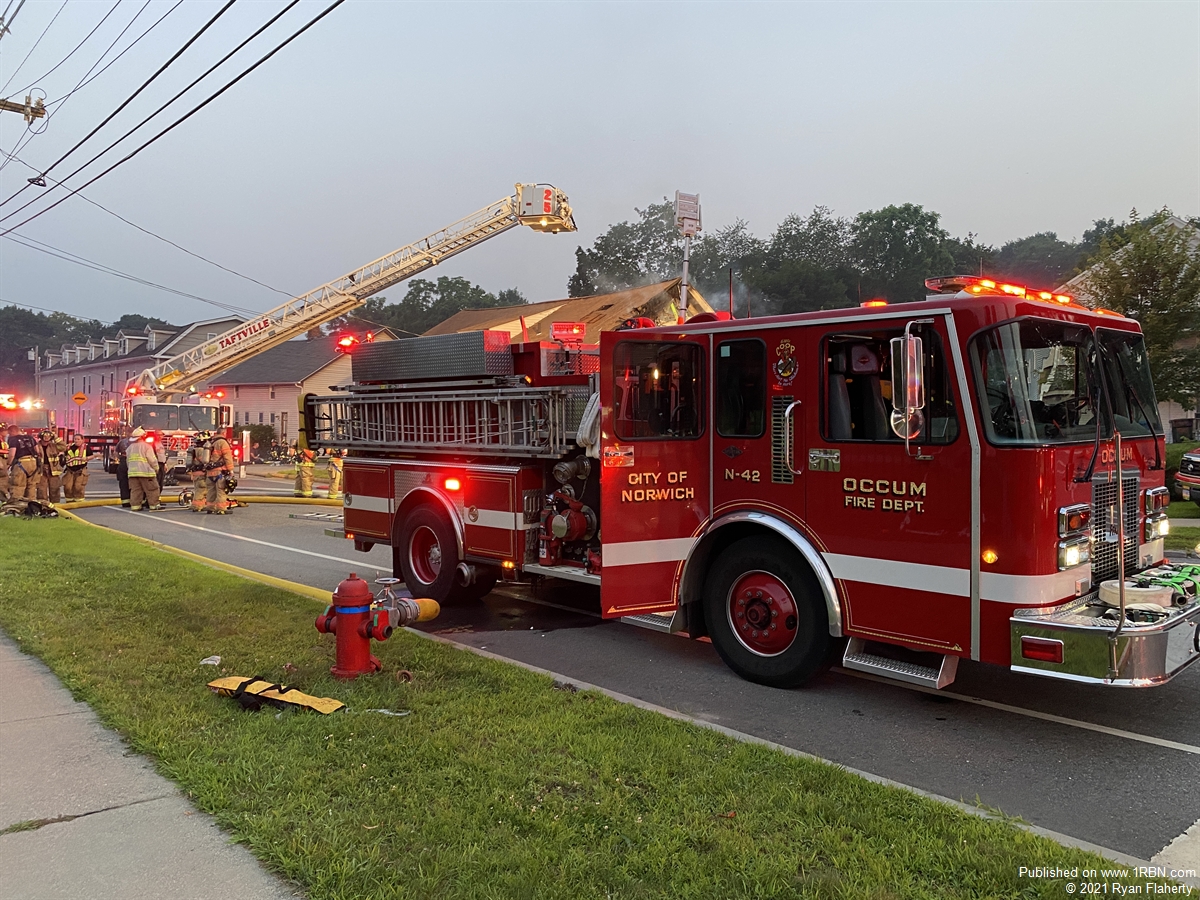 Photo by Ryan FlahertyEngine 42 at the hydrant.

NORWICH, CT - At 7:28 P.M. on Monday, July 26th, the Occum Fire Department was dispatched to 1 Taftville Occum Road for a house fire.

The Taftville Fire Department was added to the assignment at 7:29 P.M., and their first engine was quick out the door since they had just gotten back from a medical. Engine 21 arrived at 7:34 P.M. with fire venting from the first floor 'Delta' side of a two-story wood-frame duplex.

Crews stretched a one-and-three-quarter inch hose line through the front door into the right apartment and knocked down the bulk of the fire. Occum Engine 42 arrived next and established the water supply from a hydrant across the street which fed Engine 21. Tower 25 set up in the front and performed vertical ventilation while crews from Occum, Taftville and Yantic chased the fire through the walls and into the attic.

The Baltic and Lisbon Fire Departments stood by with their tankers, which did not end up getting utilized. One firefighter was transported for heat exhaustion and one cat perished in the blaze. The Mohegan Tribal Fire Department provided the FAST. The Norwich Fire Marshal’s Office is investigating.