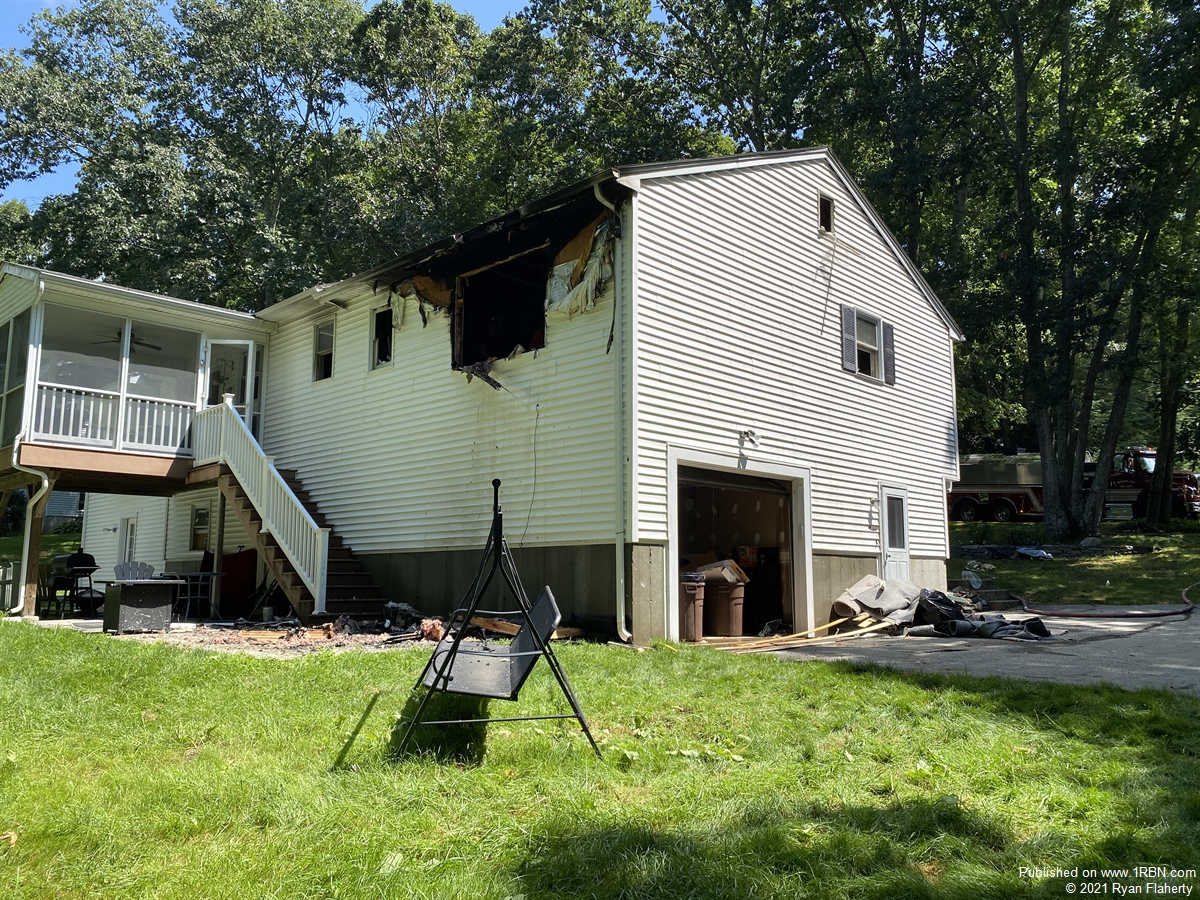 Photo by Ryan FlahertyCrews knocked the fire just as it was starting to get into the attic.

PRESTON, CT - At 10:15 A.M. on Friday, July 30th, the Preston Fire Department was dispatched to 7 Tanglewood Drive for clothes burning in a bedroom.

At 10:18 A.M., Station R updated Chief Casey that they took a second call reporting black smoke from the windows, so he filled out the working fire assignment with Norwich Engine 2, Mashantucket Engine 2 and the Mohegan Tribal FAST.

P-1 arrived at 10:19 A.M. with fire showing from one window in the rear of the second floor of a raised ranch. Poquetanuck Engine 11 stretched a one-and-three-quarter inch cross lay through the front door and up the stairs where they found a bedroom well involved with fire and coming down the hallway.

Preston Tanker 22 nursed the first due engine. Norwich Engine 2 operated the second line in the rear for a brief period before relieving Engine 11’s crew for overhaul and ventilation. Mashantucket threw ladders and opened the gable vent while Mohegan Tribal firemen set up a fan.

There were no injuries reported. The Preston Fire Marshal’s Office is investigating.