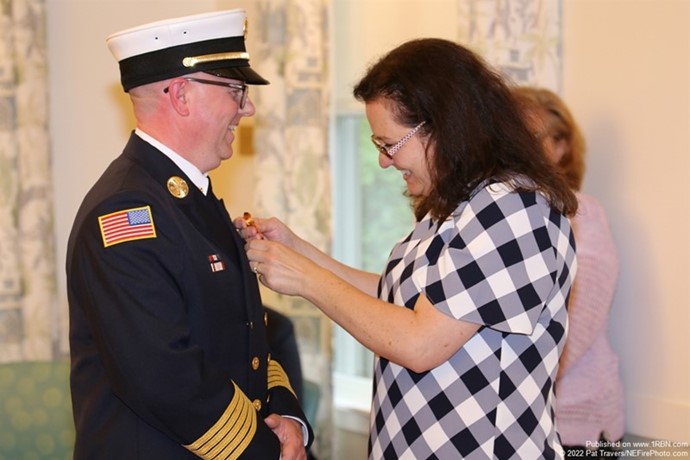 Photo by Pat Travers/NEFirePhoto.comChief Robert Reardon has his badge pinned on by his wife Jennifer. 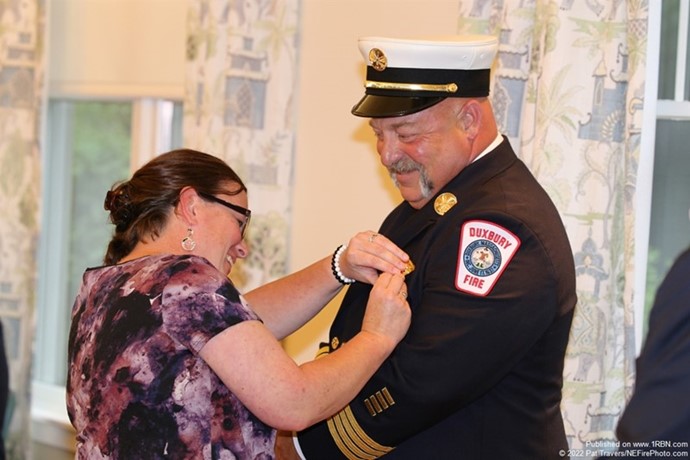 Photo by Pat Travers/NEFirePhoto.comDeputy Chief Brian Monahan has his badge pinned on by his wife Sue. 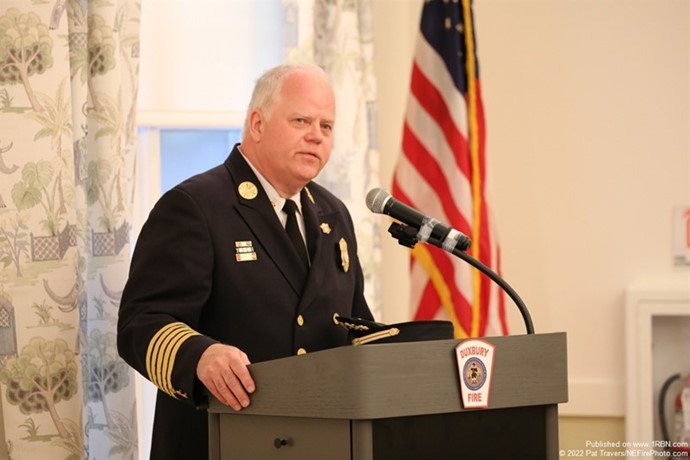 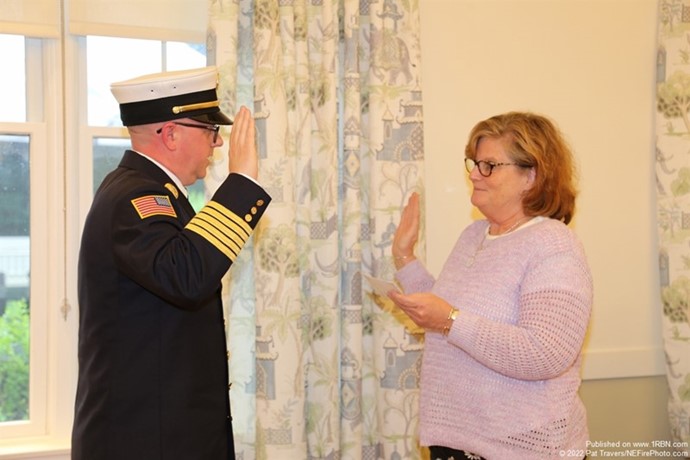 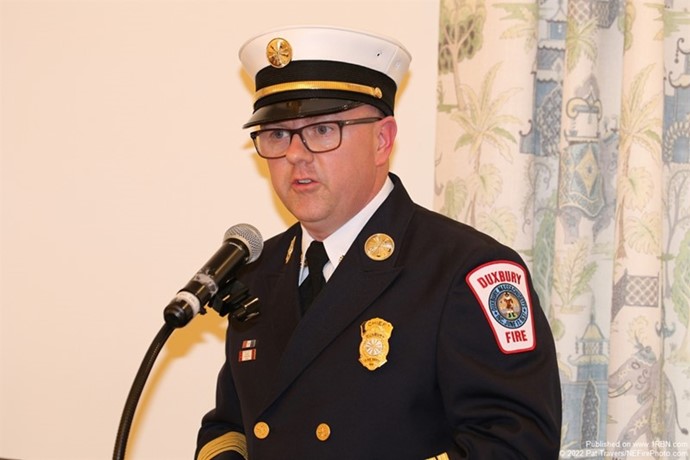 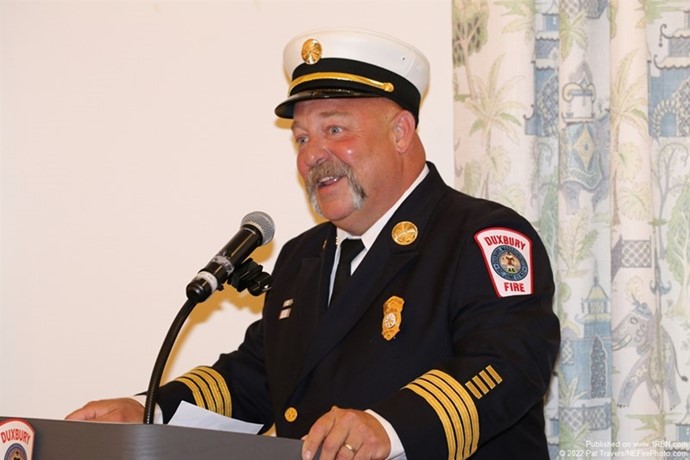 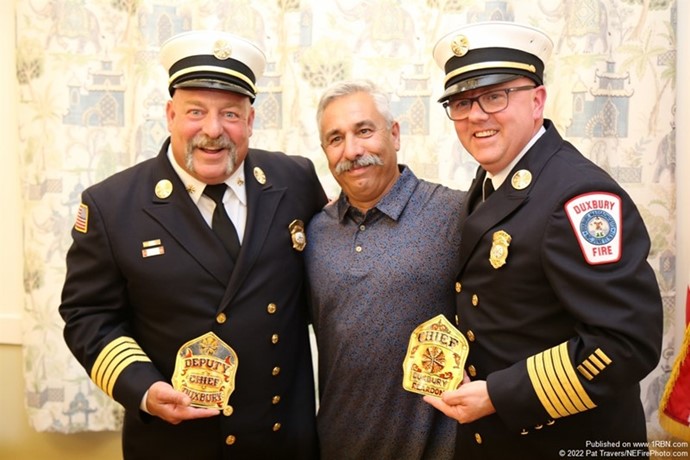 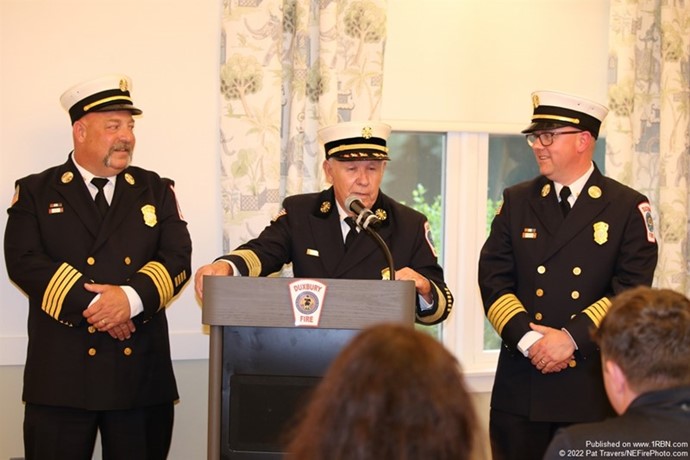 Chief Robert Reardon and Deputy Fire Chief Brian Monahan were both sworn-in by Town Clerk Susan Kelly. Chief Reardon’s wife Jennifer pinned his badge, while Deputy Chief Monahan’s wife Sue pinned on his badge. The event was very well attended by the Duxbury Fire Department members both past and present, as well as friends, family, and colleagues.

Chief Reardon has served with the Duxbury Fire Department for over 20-years; most recently serving as Deputy Fire Chief, and Public Information Officer. Chief Reardon received his EFO from the National Fire Academy and CFO from the Massachusetts Firefighting Academy. Chief Reardon holds bachelor’s degrees in communication from Emerson College and in fire science from Anna Maria College. Chief Reardon has instructed classes at both FDIC and Firehouse Expo. Prior to working in fire service, Chief Reardon worked in media and television. He is an award-winning photographer and has been featured in many national magazines, newspapers, books, calendars and trade publications.

Near the end of the ceremony, retired Duxbury Fire Chief William Harriman reflected back on hiring both Chief Reardon and Deputy Chief Monahan and how much they have grown and how far they have come as members of the fire department and continue to now as the new leadership of the Duxbury Fire Department.