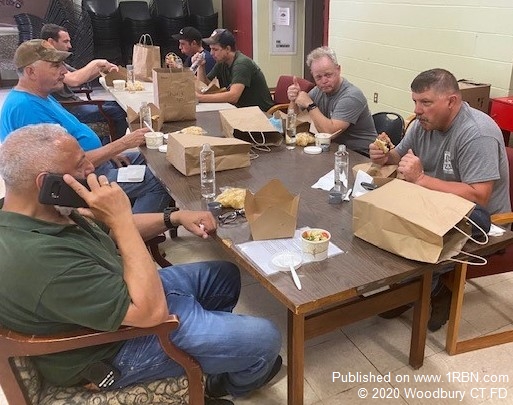 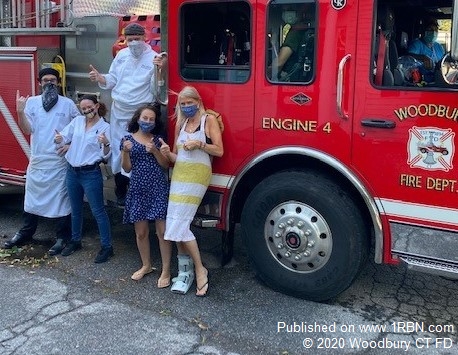 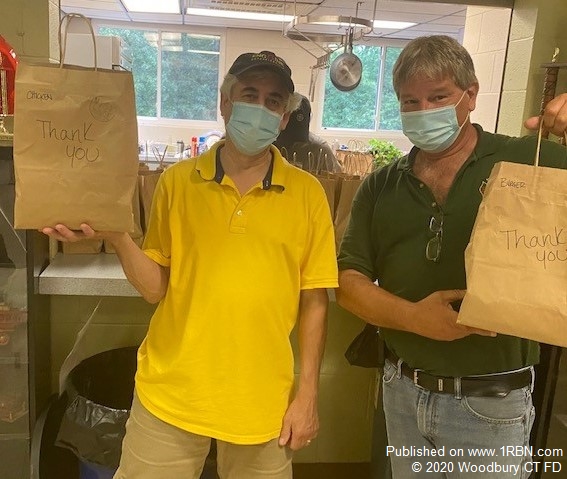 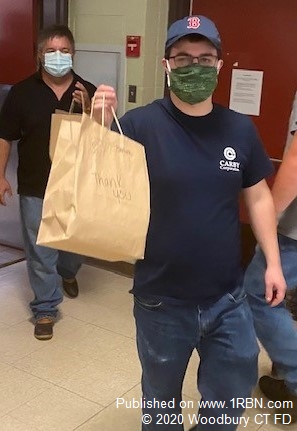 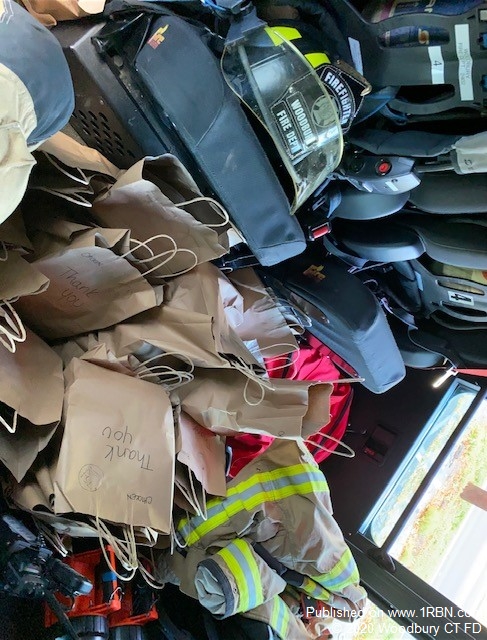 “It was entirely his initiative, and it was awesome,” said Fire Chief Janet B. Morgan of the Woodbury CT Volunteer Fire Dept.

According to Chief Morgan, the initial phone conversation went like this:

“How many people do you have there?,” Bates-Walsh said. “We want to send over meals.”

“Too many,” Chief Morgan remembers saying.

Bates-Walsh and four employees filled the back of Fire Engine 4 with large hamburgers, hot chicken cutlet sandwiches, french fries, homemade pasta salad, soft drinks, and more – all individually packed in large paper bags. The food was brought back to the firehouse and hungrily devoured by 25 volunteer firemen, nine public works personnel, and six police officers. In all, Woodbury’s own emergency personnel responded to 35 emergency calls on the day mostly due to downed power lines with many of them live.

“He’s a friendly newcomer in town and he immediately has become part of the community, said Chief Morgan. "All our merchants are great, and this was something special.”

As for Bates-Walsh, “It’s all about belonging and we appreciate what the emergency services here stand for and what they do.”