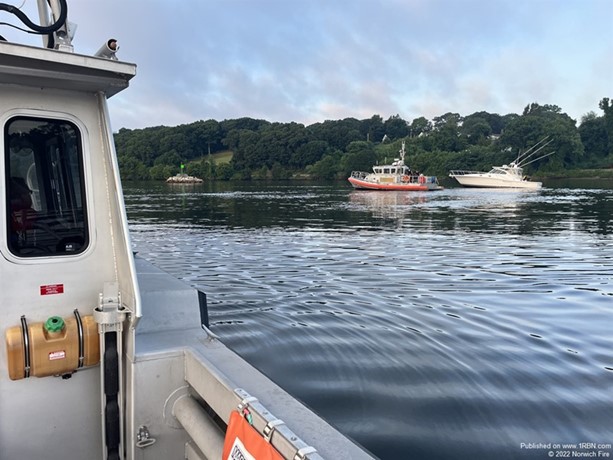 Photo by Norwich FireMarine 1 on scene with the United States Coast Guard. 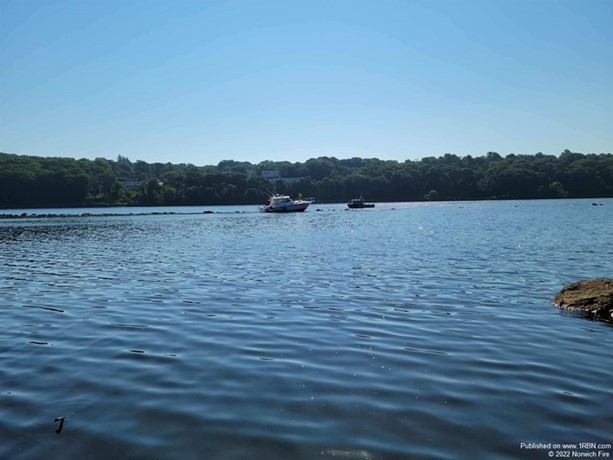 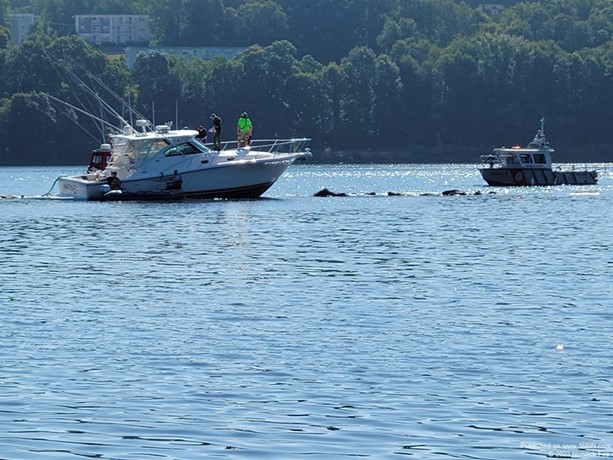 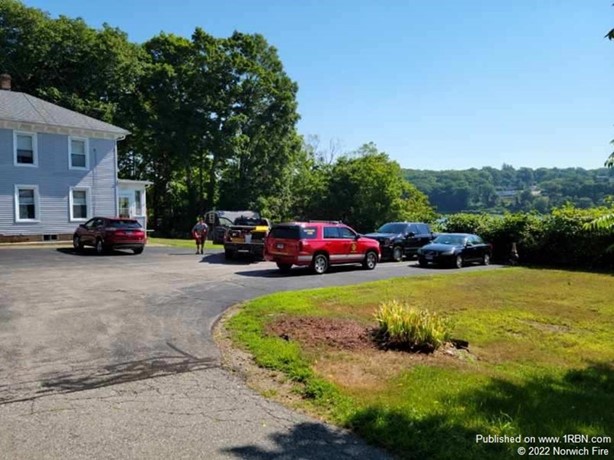 At 6:12 AM on Thursday, 8/4/2022 Norwich’s Marine 1 was dispatched to the Thames River just north of the Trading Cove for a 38’ vessel that was taking on water. Battalion 1 went to the end of Terminal Way where he was able to see the boat. Engine 3’s crew deployed Marine 1 and found the boat had gone out of the channel, striking a rock wall which was causing it to take on water.

Marine 2 was requested due to the vessel’s location in shallow water so Squad-A staffed the zodiac. DEEP responded due to a minor hazardous materials release. Crews operated with the United States Coast Guard who performed some dewatering. The sole occupant on board was not injured and was given a ride back to the harbor by Marine 1.