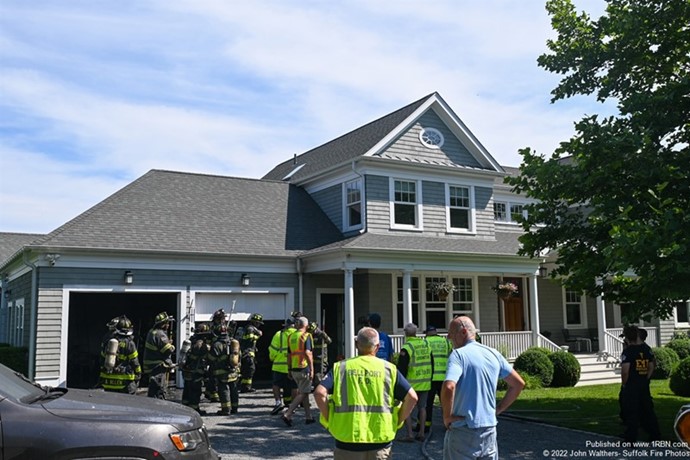 Photo by John Walthers- Suffolk Fire PhotosBellport FD was called to an automatic alarm it was quickly upgraded to a structure fire bringing in mutual aid. Due to the quick actions the fire was held from spreading into the home. 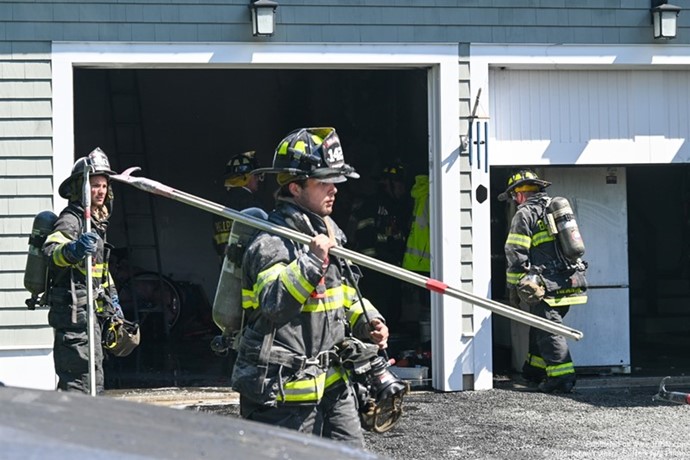 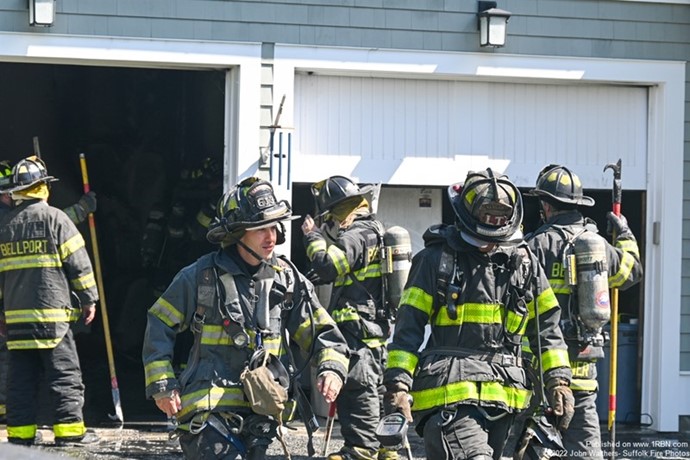 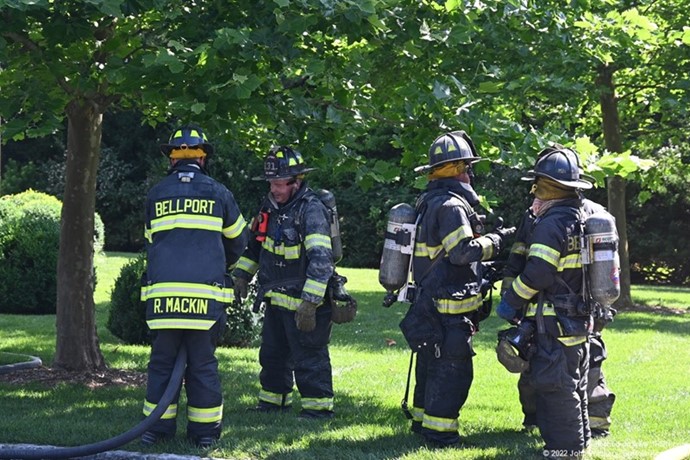 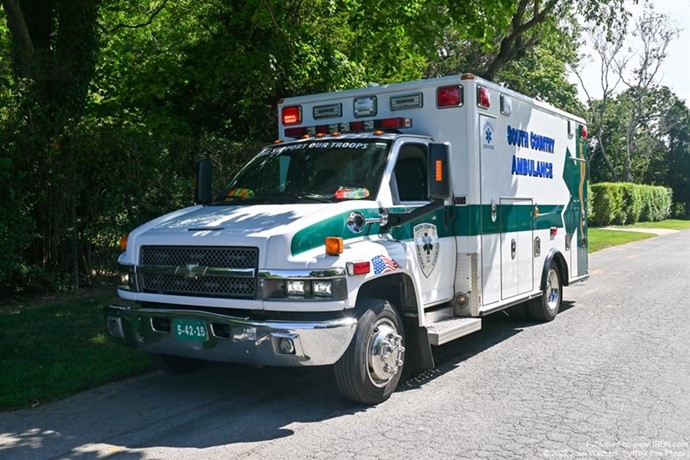 Photo by John Walthers- Suffolk Fire PhotosSouth Country Ambulance Stands By at a structure fire on Rogers Ave in Bellport.

Bellport N.Y. On July 10th 2022 the Bellport Fire Department was activated at about 3:10 PM for a report of a reported automatic alarm at 10 Rogers Ave. on arrival Chief of Department David Didio had no smoke showing but did advise he had a smell of burning from the garage. He asked Fire-com to upgrade the alarm to a structure fire.
At the time the homes occupants were not home. Units 5-1-3 and 5-1-5 reponded in as well as mutual aid from Hagerman to the scene. As 5-1-3 was pulling up smoke began coming out of the 2 car attached garage and firefighters had to quickly work to gain entry to the garage. Fire fighters went to work putting out the fire and as they were operating the homeowners did return to the home.

Once any visible fire was knocked down firefighters were tasked with venting the home of smoke as well as conducting overhaul. South Country ambulance was also on scene standing by incase of any injuries or rehab needs. All units operated under command of Chief Didio. The quick actions to upgrade the alarm no doubt played a role in preventing the fire from spreading further inside then the garage.