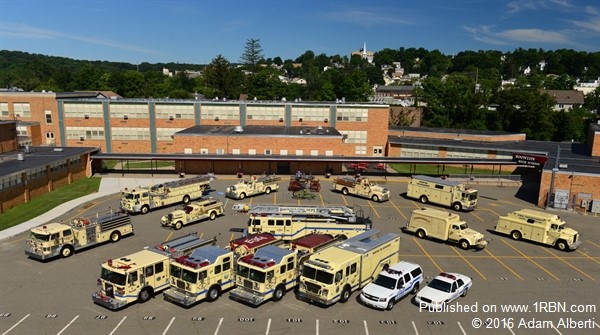 Photo by Adam AlbertiThe Boonton Fire Department is celebrating their 125th Anniversary this year. As part of the celebration, a commemorative photo was taken that mimics a photo taken almost 50-years-ago. 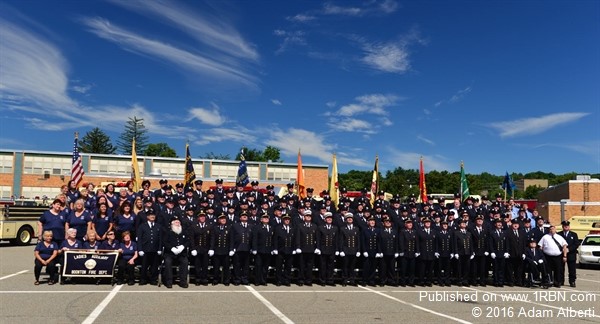 Photo by Adam AlbertiMembers of the Boonton Fire Department and Ladies Auxiliary, both active and former, were on-hand to be part of the 125th Anniversary Photo.

The photo that Wendt had in mind would feature the department's current fleet, as well as the antique fire apparatus preserved by the department and longtime Boonton Firefighter Thomas Corigliano. Another addition to the photo was having the members of the fire department and ladies auxiliary. All active members and many past members attended to be in the photo. Despite the extremely hot weather, the day was beautiful and the photo was a success.

On September 3, 2016 the Boonton Fire Department will be hosting their 125th Anniversary Parade. Anyone looking for information regarding the parade can contact kcosborne@optonline.net