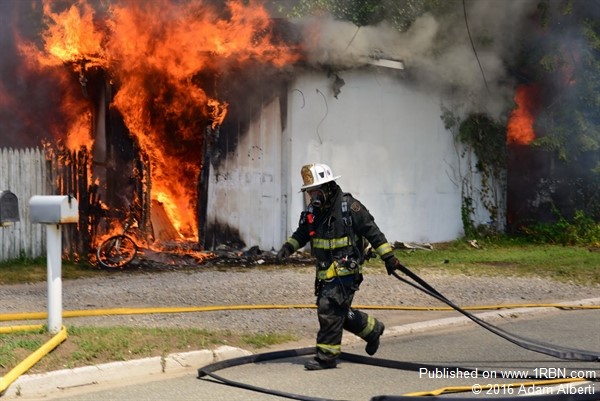 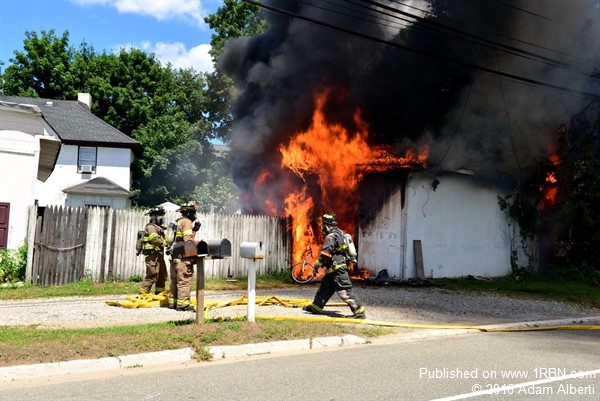 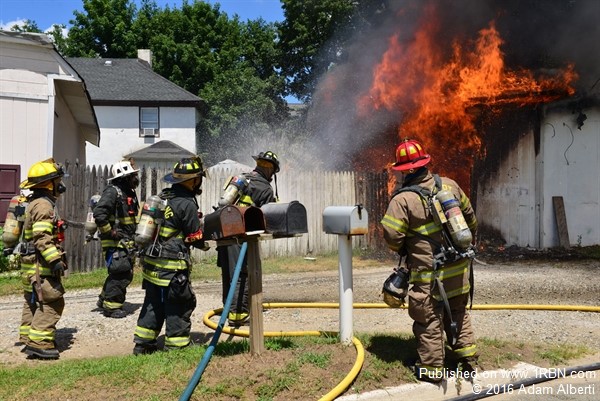 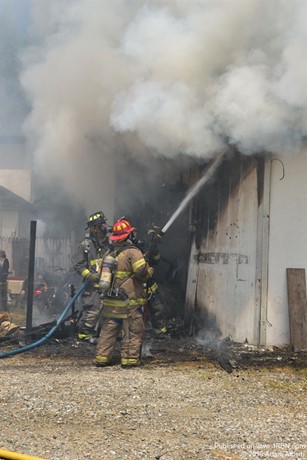 Roxbury, NJ - On Wednesday, July 27th, the Roxbury Fire Department had their hands full. While at the scene of a car fire that had extended to a garage located on South Hillside Avenue, a second fire was reported at 519 Route-46, located in the Kenvil section of the township. Firefighters who were clearing up from the first fire, responded to the fire on Route-46 and requested immediate mutual aid from the Mine Hill and Wharton Fire Departments. Upon arrival, firefighters found a one-story, wood frame structure that housed two apartments, well involved in fire.

The lone-occupant of the building, who was home at the time of the fire, escaped without injury and alerted firefighters that there were oxygen tanks in his apartment. He also reported that his roomate's dog was still in the apartment.

Firefighters stretched two hose-lines and began attacking the fire, which engulfed the entire structure and threatened an exposure. A second-alarm was sounded, bringing mutual aid from Dover, Netcong and Randolph to the scene. The fire was controlled within 35-minutes. Firefighters located the missing dog, which unfortunately had perished in the fire.

The cause of the fire is currently not known and under investigation, but it is believed that the fire started in the area of the oxygen tank system. The Morris County OEM rehab bus also responded to the scene due to extremely hot temperatures. No firefighter injuries were reported.