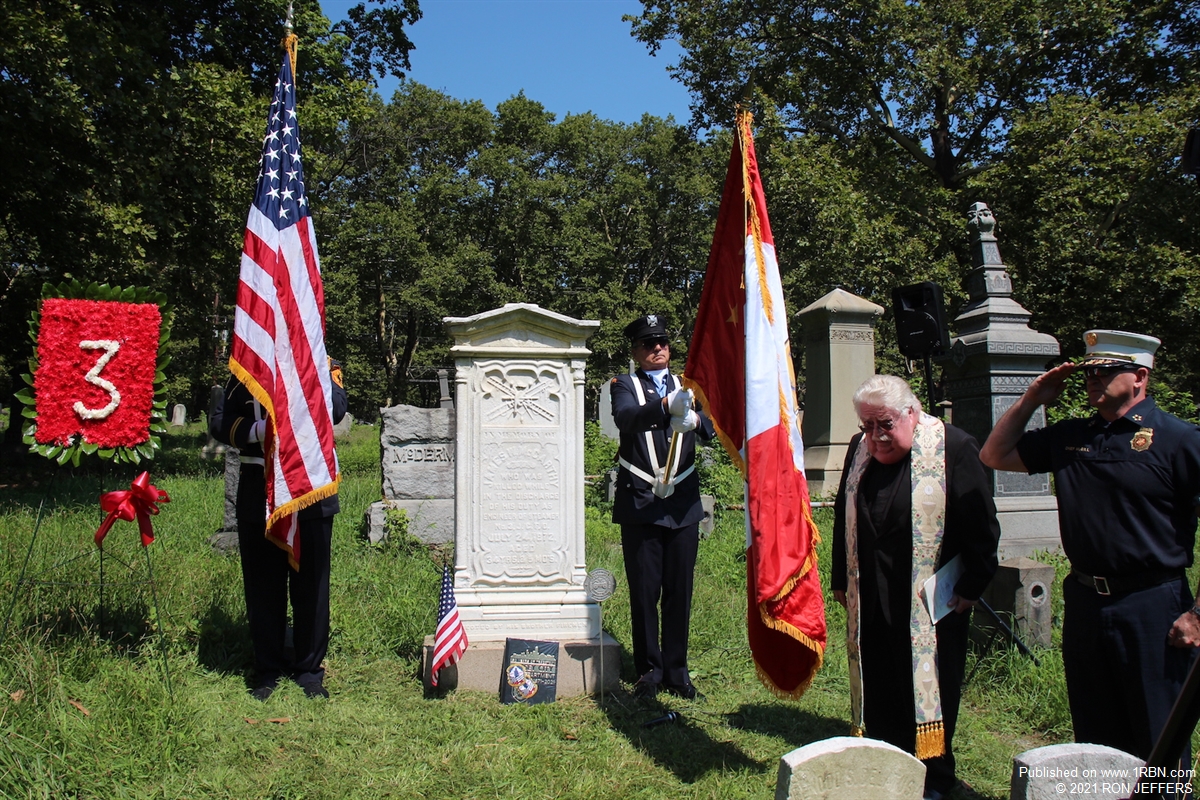 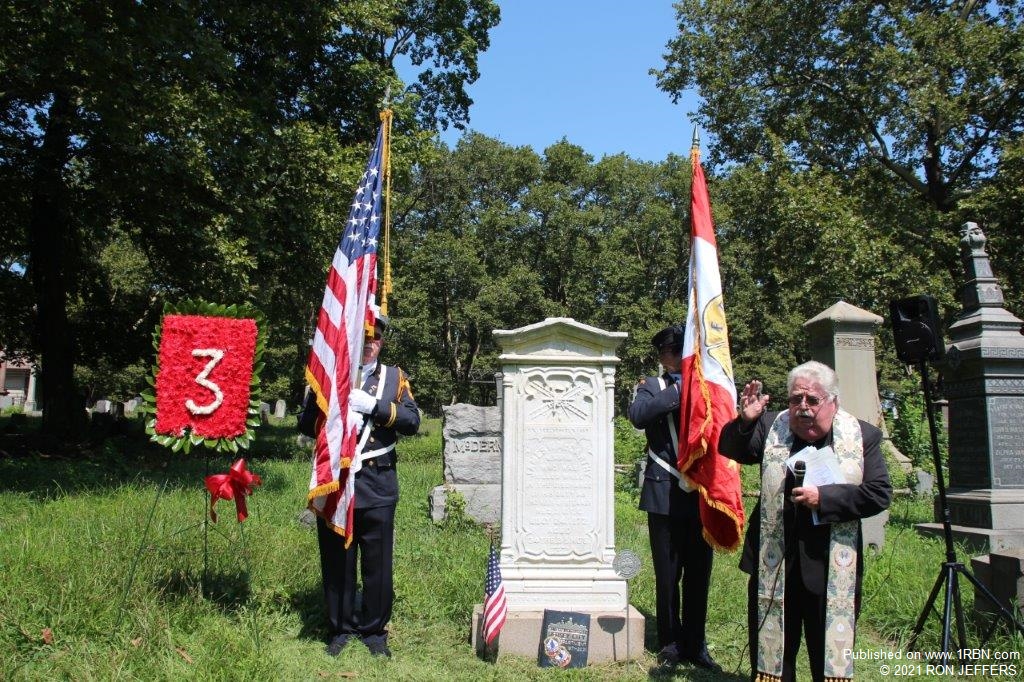 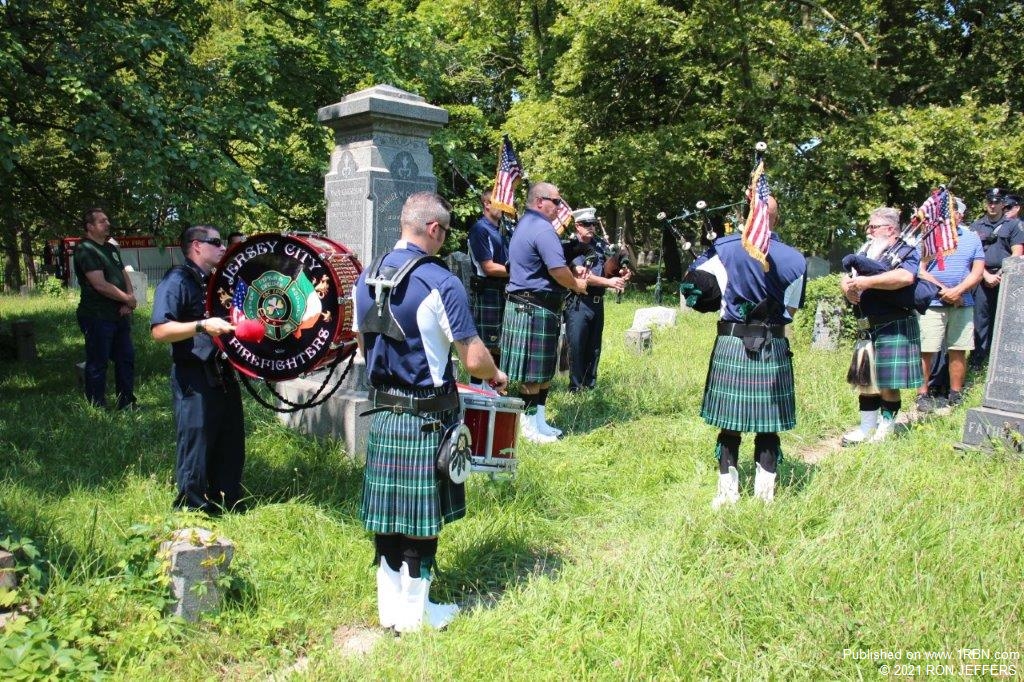 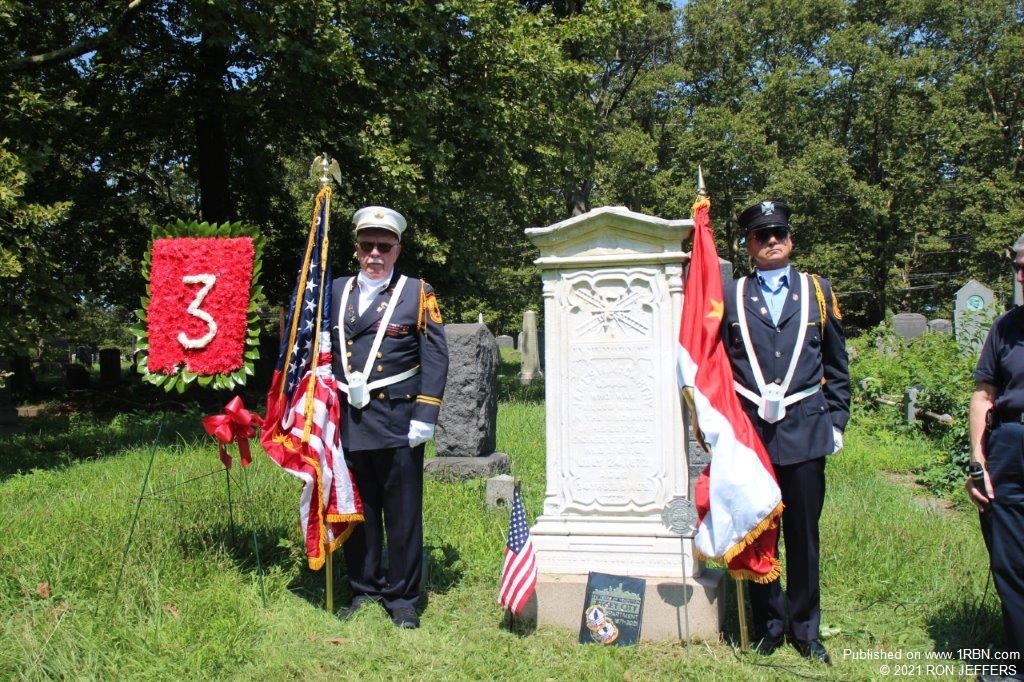 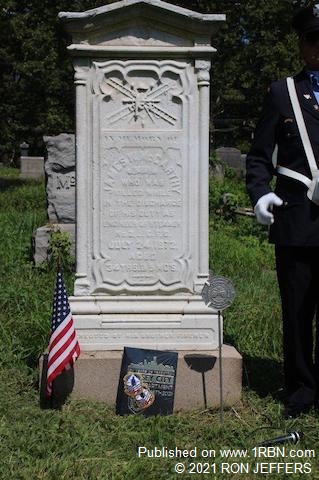 JERSEY CITY, NJ - Active and retired members of the Jersey City Fire Department and the Gong Club fire buff organization assembled at Bayview Cemetery, Friday, July 23rd, to remember those firefighters that gave their lives in the line-of-duty.

Several years ago, fire alarm dispatcher and Gong Club life member Ira Rubin did some investigating and discovered that Steamer Engineer James W. McCarthy, of Engine Co. 3, was the first career fireman (as they were then called) to die in the line of duty. Rubin also discovered his final resting place at Bayview Cemetery.

Rubin, along with the fire department and Gong Club members began a memorial for this fallen member, at the cemetery, on the day that he died, July 24th. On that day in 1872, during a fire involving a large commercial building on Provost Street, a brick wall collapsed near Steamer 3, killing its engineer.

Since the first memorial gathering, the fire department has proclaimed July 24th as the Day of Remembrance for all line-of-duty deaths within the Jersey City Fire Department.

Ira Rubin passed away in 2016, but his project and memory has never been forgotten. Reverend James Pagnotta, the fire department chaplain, said that his personal friend was “full of zeal for the Fire Department, but a weak heart".

This year, the Jersey City Fire Department is celebrating 150-years of service to the community.

Fifty-four city firefighters have died in the line-of-duty. In reference to all fallen firefighters, Pagnotta said, “We will never forget you".