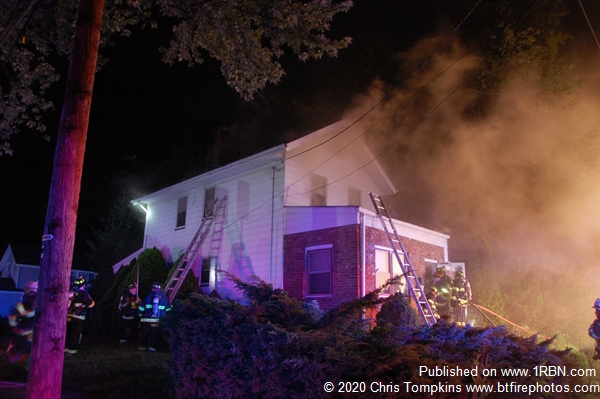 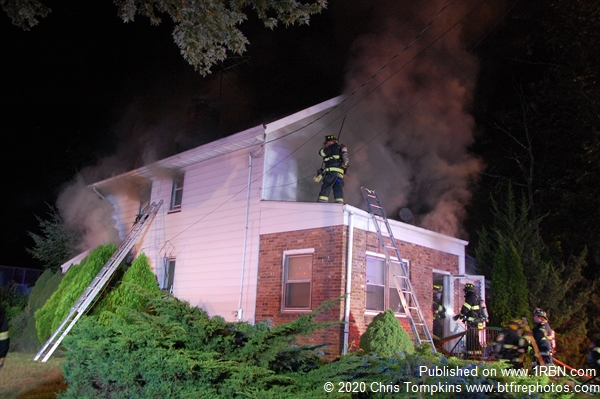 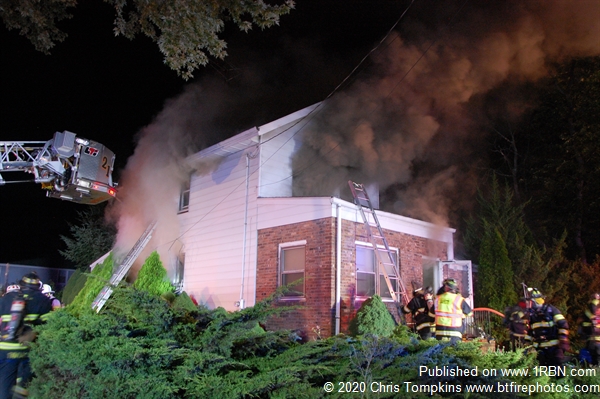 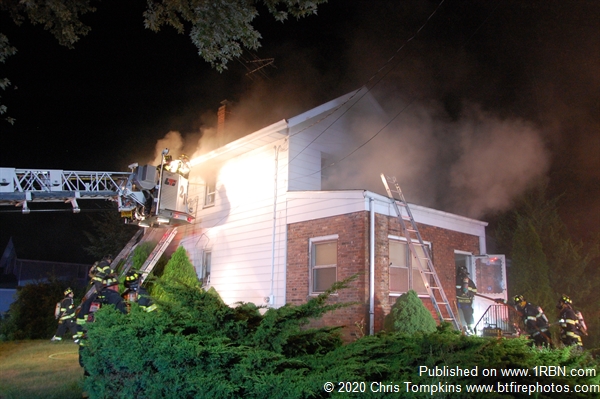 During routine patrol, New Milford PD located smoke coming from the eaves of 289 Henley Ave., and notified dispatch and alerted the FD of the smoke condition around 9:30 P.M. In minutes, Chief 30 arrived on scene and transmitted a working fire, bringing Dumont to the scene as the FAST Team. Truck 31 arrived on scene, forced entry and began a search of the home. Engine 33 arrived and established a water supply and stretched an initial attack line through the front door.

Interior crews were met with hoarding conditions and after a push into the house, found heavy fire in the basement and extending to the first floor kitchen. Companies began to vent the building as heavy smoke vented from the first and second floors. Command ordered all companies to evacuate the building and transmitted a second-alarm.

Exterior lines were put into place and Oradell's tower set up on the 'Bravo' side and Dumont firefighters took a third line to the rear and were able to knock down the heavy fire. A third-alarm was transmitted to assist with extensive overhaul and due to the heat. One firefighter was treated for minor injuries.

Mutual aid from Dumont, Oradell, Paramus, River Edge, Bergenfield, Teaneck, Emerson and Haworth assisted on scene. The cause of the fire is under investigation.