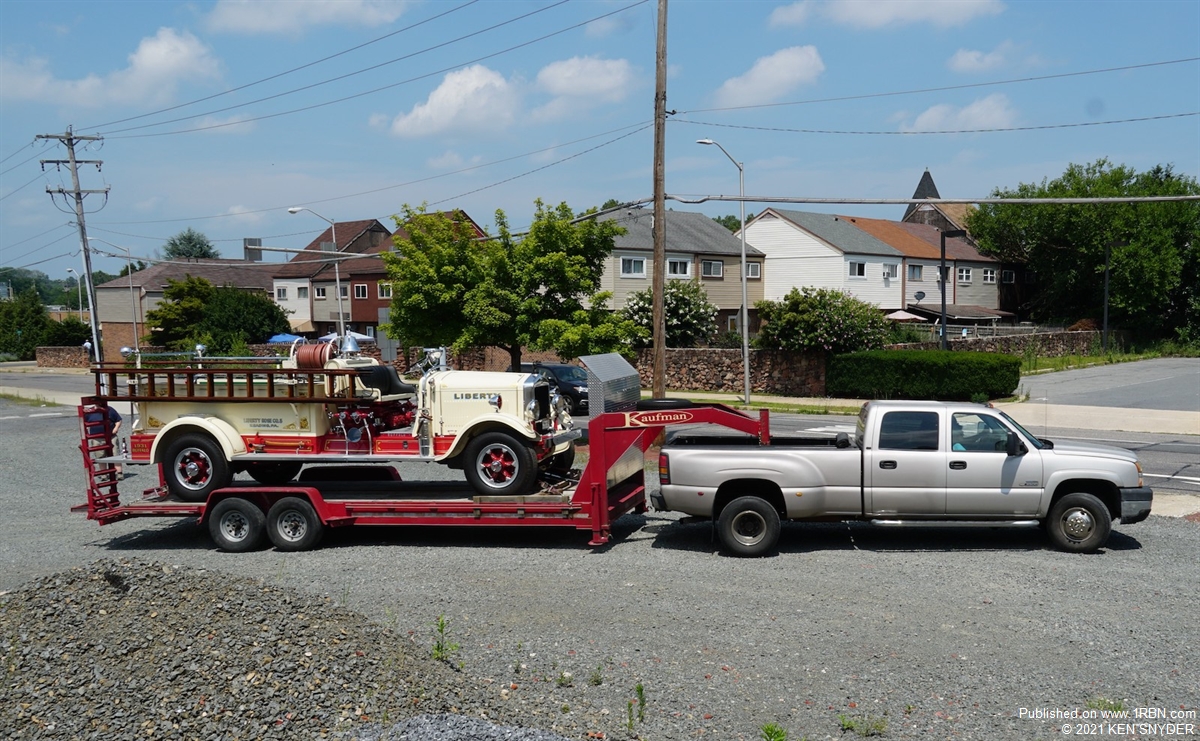 Photo by KEN SNYDERThe Buffalo arrives in Reading from its VA trip. 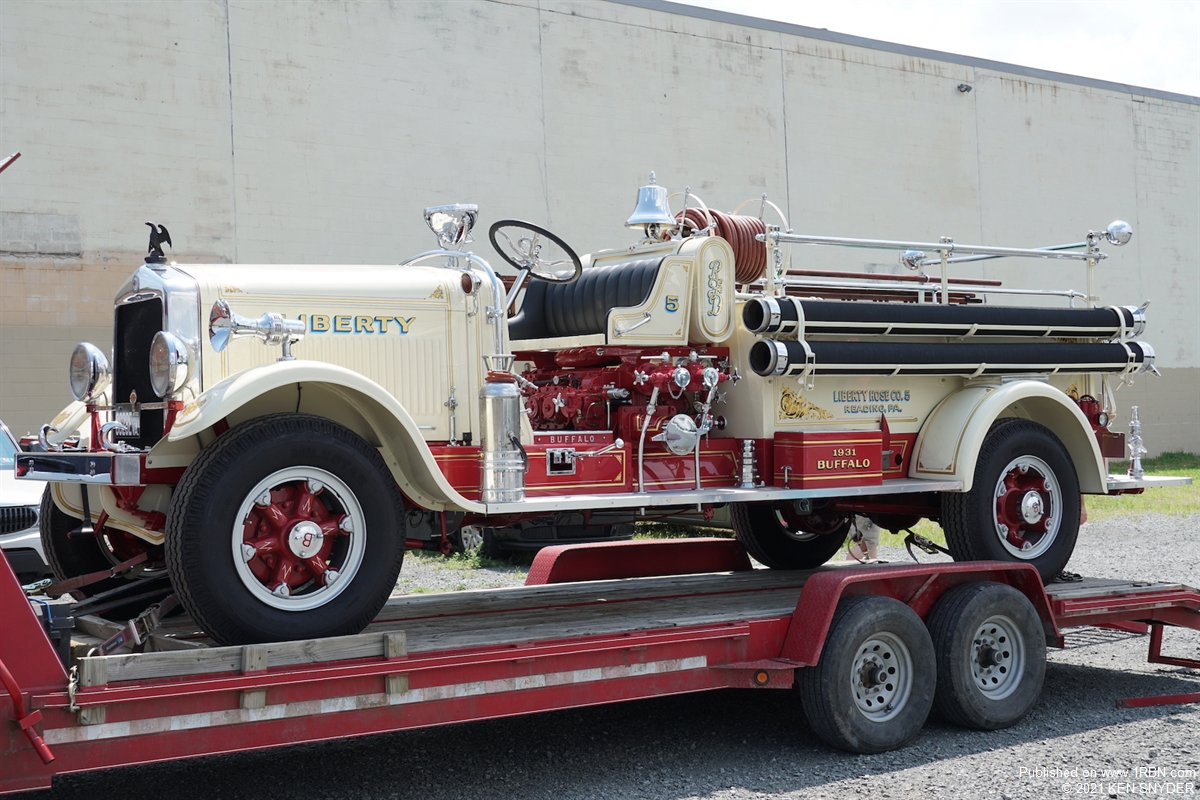 Photo by KEN SNYDERThe detail of the restoration is very impressive! 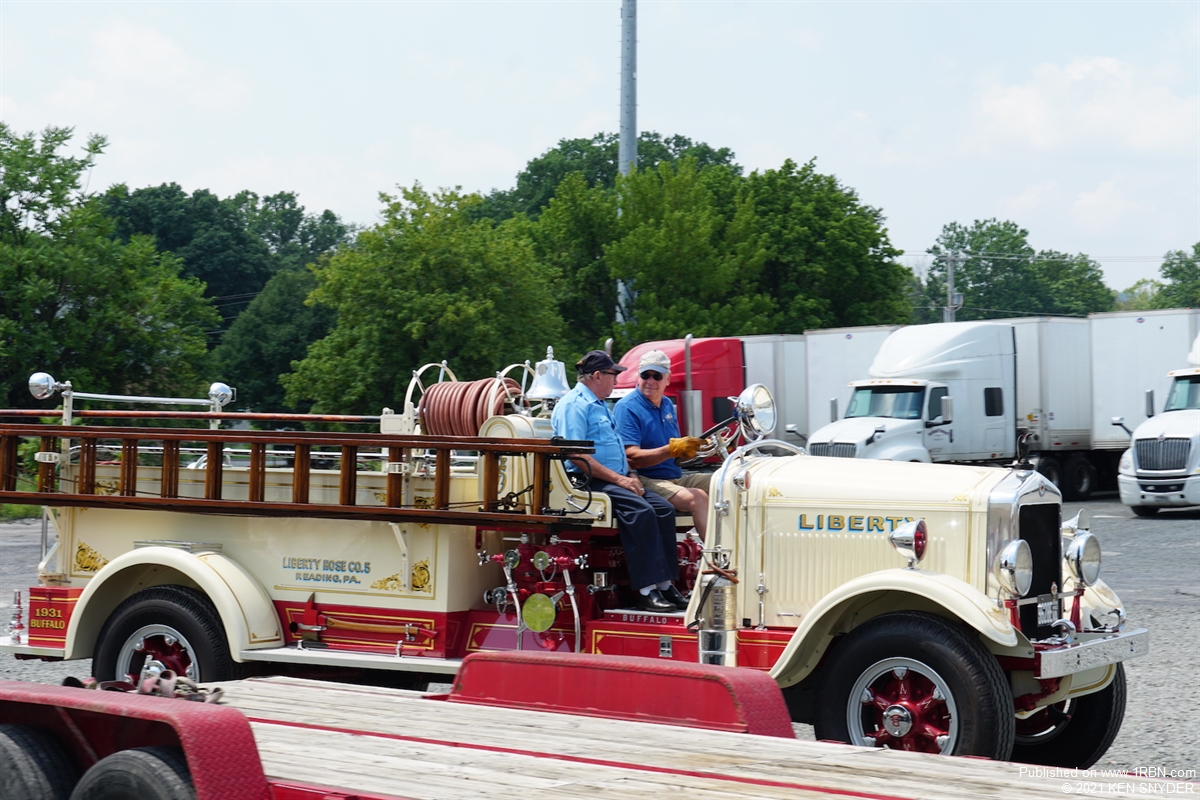 Photo by KEN SNYDERRetired Reading FF Bill Stoudt, Sr. teams up with Peter West for a short ride to the museum for the housing. 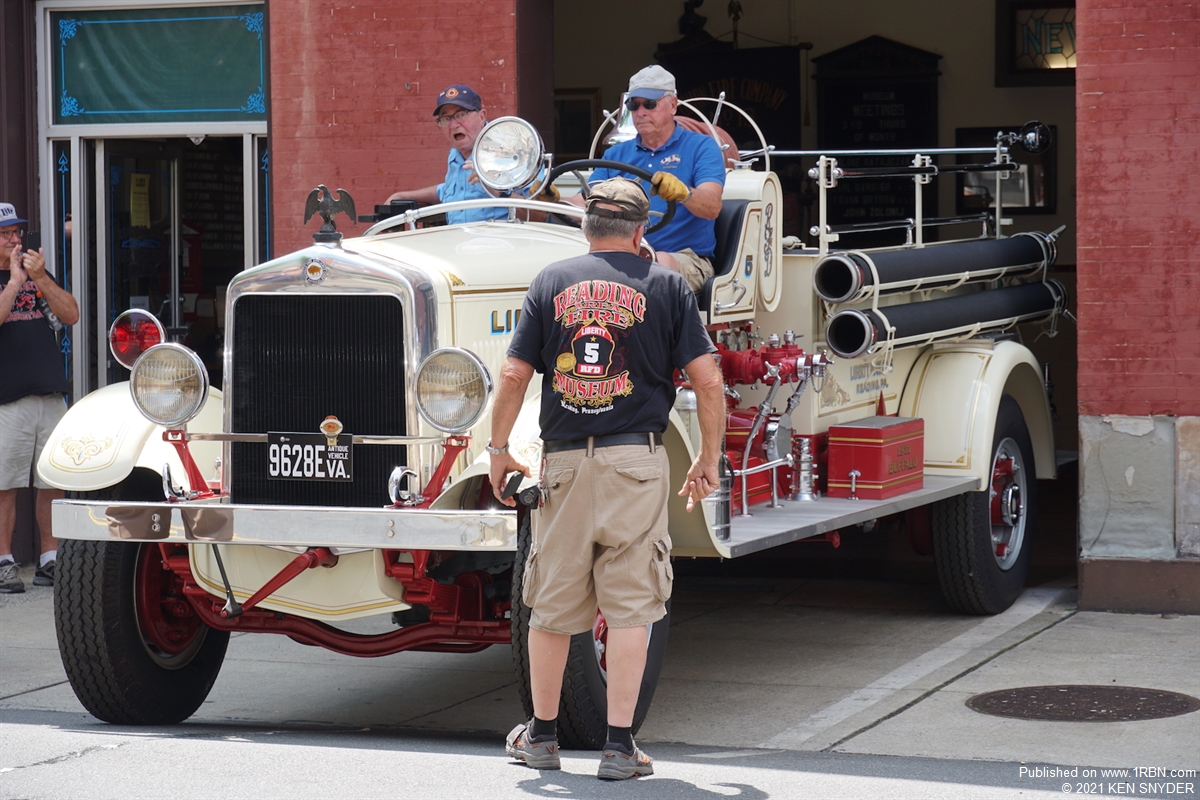 Photo by KEN SNYDERThe 1931 Buffalo backs into its old station.

READING, PA - On July 17th just shortly after noon, a pickup truck with a flat bed trailer arrived at a lot across from the Reading Area Fire Museum at 5th and Laurel Streets, which was the former Liberty 5 fire station. On board the trailer was their 1931 Buffalo 1000-GPM pumper which had served the Liberties up until 1966.

Peter West of VA, the former owner/driver, met up with retired Reading Firefighter Bill Stoudt, Sr., who was the last driver of this rig who then climbed on board for a short drive to the museum. The Buffalo has been completely restored by Peter West and is in mint condition, and was purchased by an anonymous donor for the museum.

The first fire alarm that FF Stoudt, Sr. answered with the Buffalo in 1963 was a MFA at 5th and Washington; the second call was a second-alarm warehouse fire at 2nd and Spruce. As the Buffalo retired from the RFD roster in 1966, it also served the Reading Regional Airport, Robesonia, and has had two private owners.

The Buffalo has now been returned to its original bay that it ran out of at the Liberties. Between 1922 and 1948, approximately 2,000 pieces of apparatus were turned out at the Buffalo Fire Appliance Corporation plant in Buffalo, N.Y.