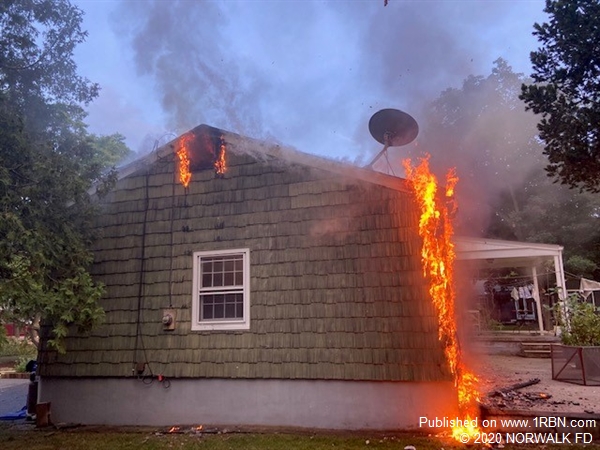 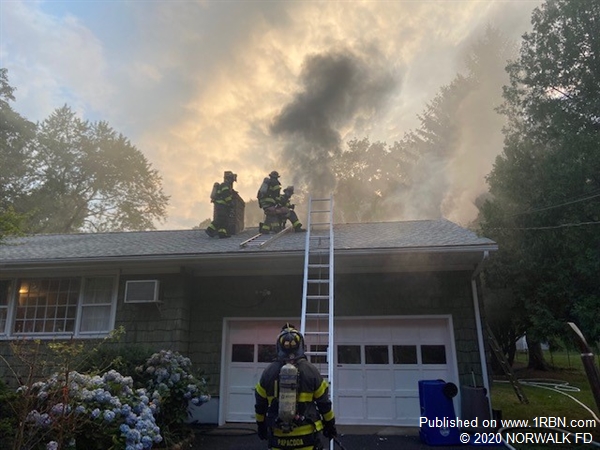 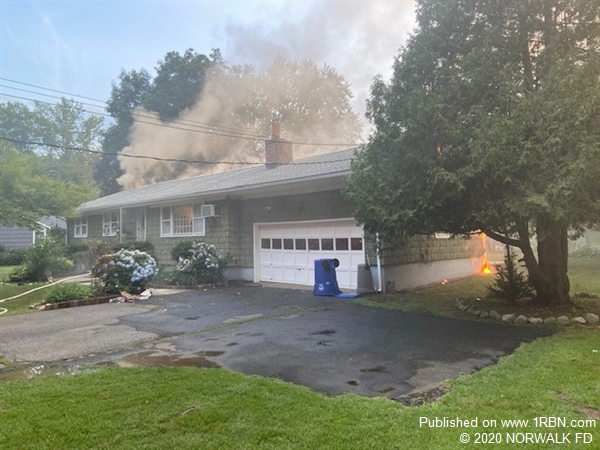 One elderly occupant was home at the time of the fire and was evacuated prior to Fire Department arrival by a passerby who saw the fire at the rear of the structure and notified the fire department.

Fire was rapidly brought under control with four engine companies, one rescue company, two truck companies, and one command car, along with the assistant chief, Deputy Chief of Training/safety officer and Fire Marshal division on scene for the investigation.

The last units cleared the structure at 10:45 P.M. The house was deemed unfit for occupancy. The Norwalk Fire Marshal Division is investigating the cause of the fire.