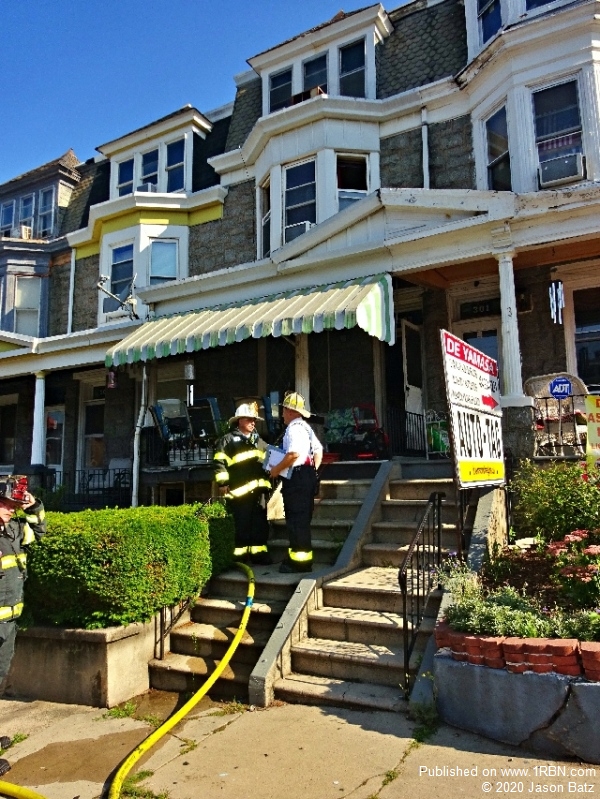 Reading, PA - Shortly after firefighters from the Reading D platoon began their first day-shift on July 19th, a box alarm was transmitted for 303 West Douglass Street. Engine 3 was in the area and arrived quickly with a three-story MOR with smoke showing from the basement. As firefighters stretched a line into the basement, an intoxicated person presented himself and was promptly taken out of the building. The fire was knocked down and units began a search of the remainder of the home. Paramedics transported the subject to Reading Hospital with smoke inhalation. All searches were cleared, and no other injuries were reported. The Fire Marshal's Office is investigating.