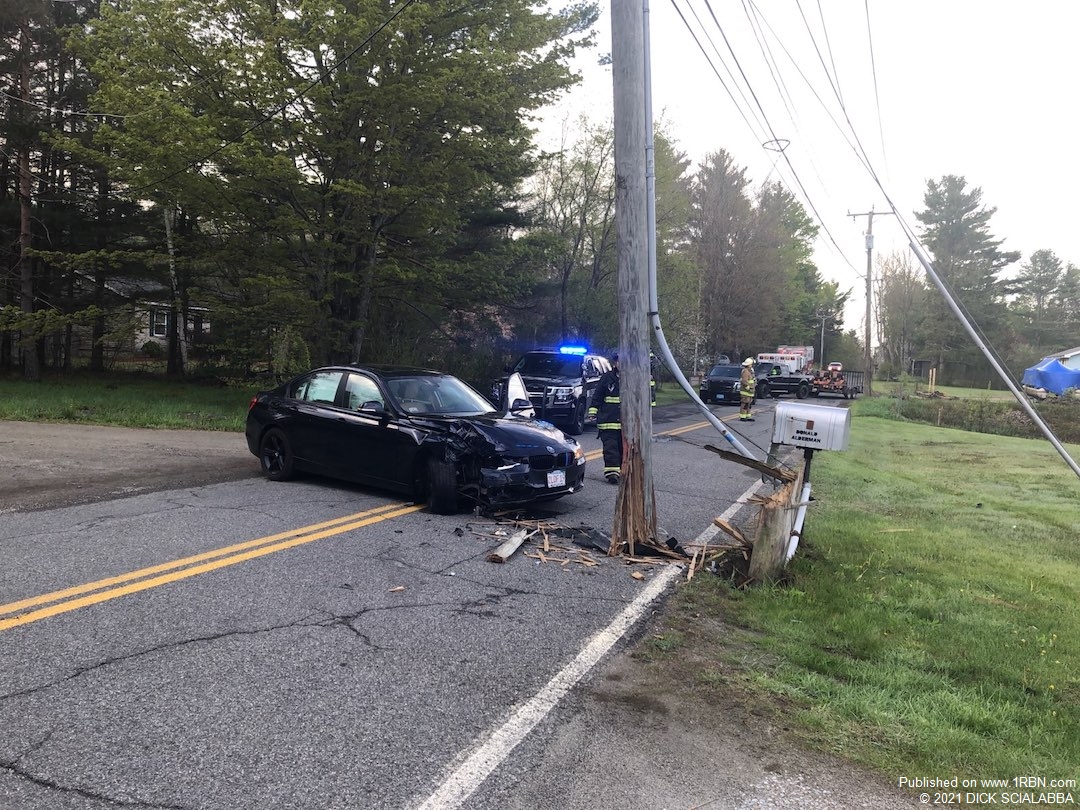 HINSDALE, MA - The Hinsdale Volunteer Fire Dept. was alerted to a serious MVA at 6:57 A.M. on 7/6/2021 in the vicinity of 271 New Windsor Road. Responding units were Rescue 4, Ambulance 5, Truck 8 (brush truck), and eight firefighters and EMTs, as well as Hinsdale Police. Upon arrival units found that a 17-year-old driver had lost control of the car and hit a utility pole, sheering it off at its base. There was heavy damage to the passenger side of the vehicle and the driver was transported to Berkshire Medical Center for what appeared to be non-life-threatening injuries. Units remained on scene to await removal of the car by LaRochelle Auto Body. All units were back in service at 7:58 A.M.