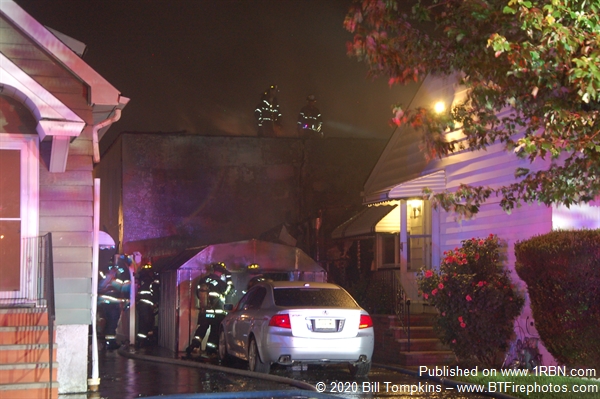 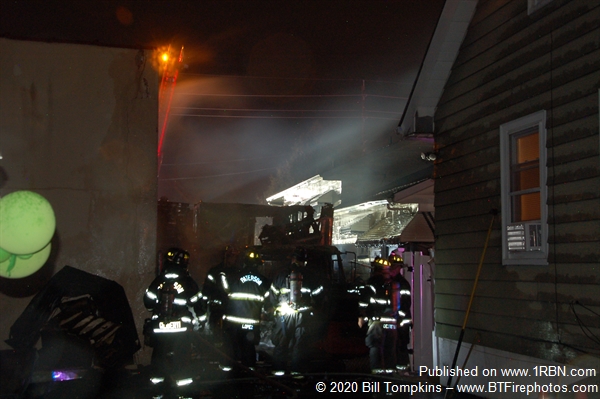 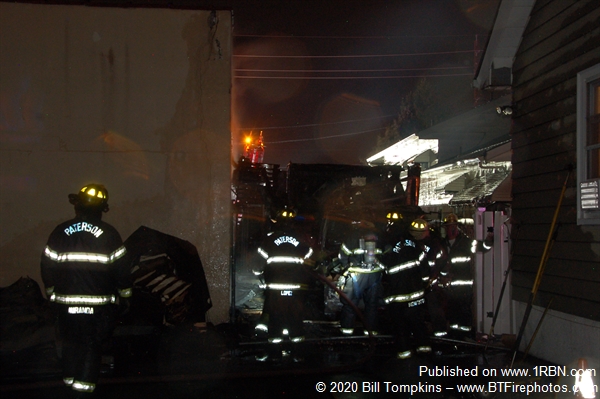 Paterson, NJ - On the night of July 13th, at about 1:00 A.M., Paterson fire units were dispatched to the area of Wabash and Illinois Aves. for the report of a fire. Heavy fire set back from the roadway was visible as units arrived. The fire appeared to be involving several structures and a second-alarm was transmitted. Companies stretched several two-and-a-half inch lines down driveways on the Wabash Ave. side as a fence was breached on the Illinois Ave. side to attempt access the fire. Several explosions occurred, keeping firefighters temporarily back. It soon became apparent that the fire involved a truck, sheds, pallets, and fuel for forklifts between two structures. Members had the heavy fire knocked down quickly and checked to minimize any extension to the buildings. A forklift was commandeered to help remove debris and help access the fire area. The fire was placed under control in less than one hour, with no injuries reported.