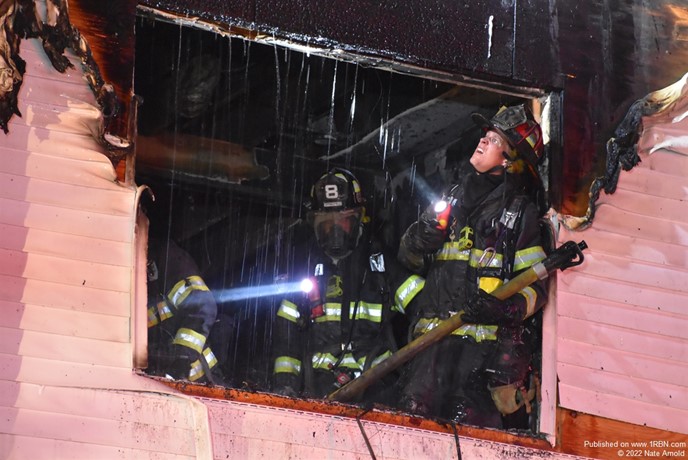 Photo by Nate Arnold Lt. Brendon Welz from Rescue Squad checks the second floor ceiling for any signs of fire. 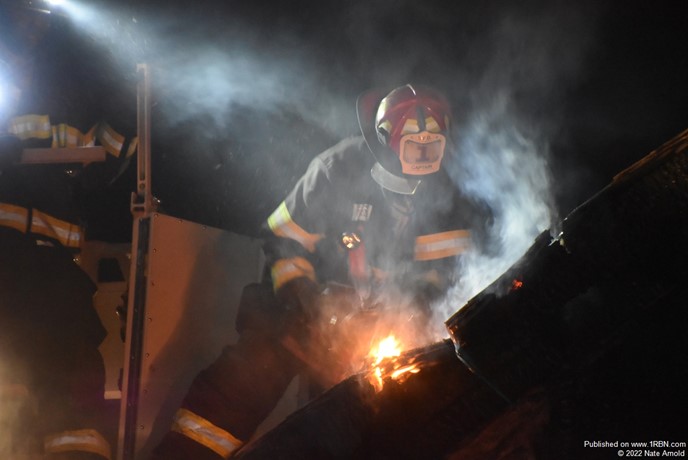 Photo by Nate ArnoldTruck 1 Captain Anthony Santaniello works on a hot spot on the 'Delta' side of the peak. 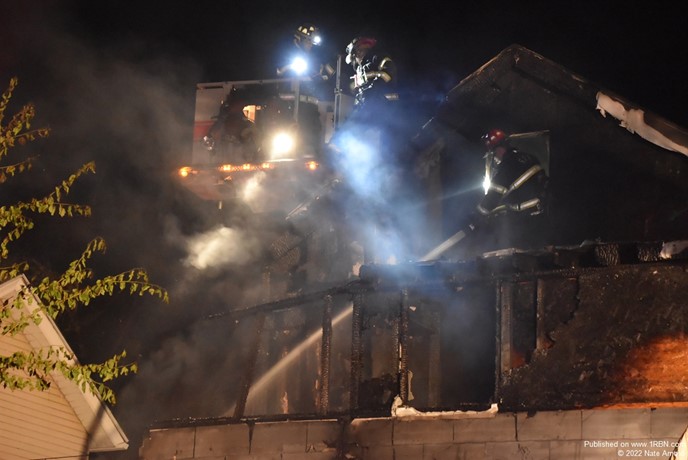 SPRINGFIELD, MA - A fire that heavily damaged the second floor of an occupied two-and-a-half story frame duplex displaced two families from their homes on the evening of July 10th, and drew a large crowd of onlookers to the intersection of Dwight Street Extension and Marble Street in the South End neighborhood of the city.

Multiple 911 calls began coming into Springfield Fire Alarm shortly before 10:00 P.M., and there was some initial confusion as to exactly which street, Dwight St. extension or Marble Street, the fire was actually on. The confusion was abated however when companies arrived to find heavy fire venting from the 'Bravo/Charlie' corner and 'Charlie' side porches of the home at 64 Marble St.

Companies mounted an aggressive interior attack, stretching hand lines to the second floor and knocking down the main body of fire within 15 minutes, but not before smoke from the fire set off central station alarms in the neighboring apartment complex, which brought additional companies to the scene to investigate the alarm activation as a precaution.

While the fire was knocked down within 15 minutes, the second floor sustained heavy smoke, fire and water damage and required extensive overhauling. The Red Cross assisted the two displaced families, and the cause of the fire remains under investigation. Interestingly enough, this same house caught fire in 2008 and almost the exact same area of the home burned then too.