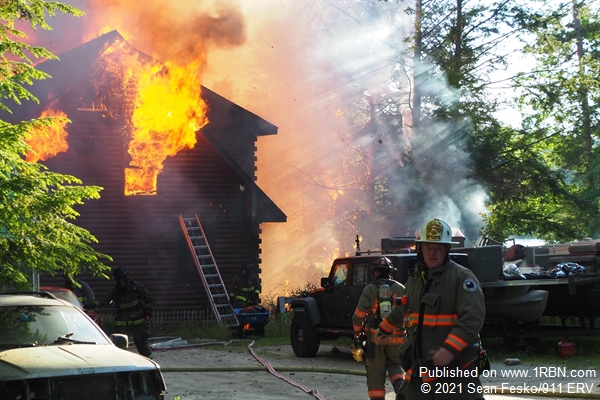 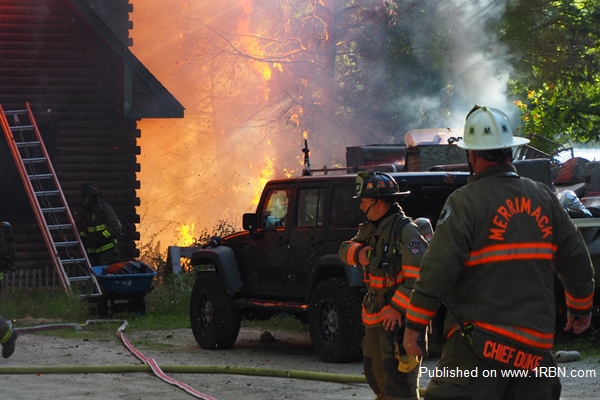 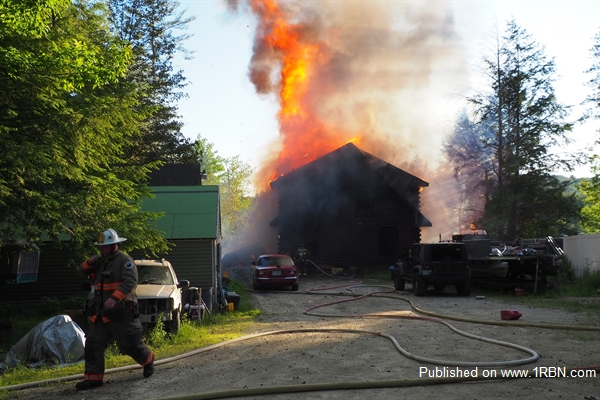 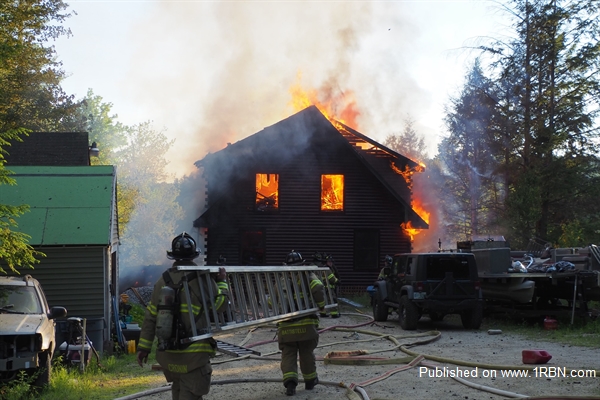 MERRIMACK, NH - During the evening hours of June 17th, Merrimack Fire Rescue crews were dispatched to a reported building fire in the northwest area of town. While en route, dispatch relayed that there were people jumping out of windows and a working fire dispatch was requested. On Engine 1's arrival, they reported a fully involved building on the shore of Baboosic Lake and called for a second-alarm. Due to the high heat and an unknown number of potential victims, additional ambulances from Bedford, Amherst, Nashua, Milford and Hudson were called to the scene throughout the incident. Companies operated defensively after a quick primary search was attempted and abandoned due to the heavy fire conditions.