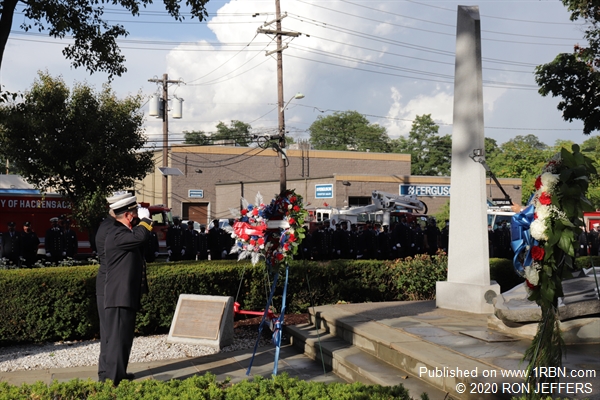 Photo by RON JEFFERSWreaths were placed at the five monuments that represent the five fallen Hackensack firefighters who gave their lives fighting an auto dealership fire in 1988. 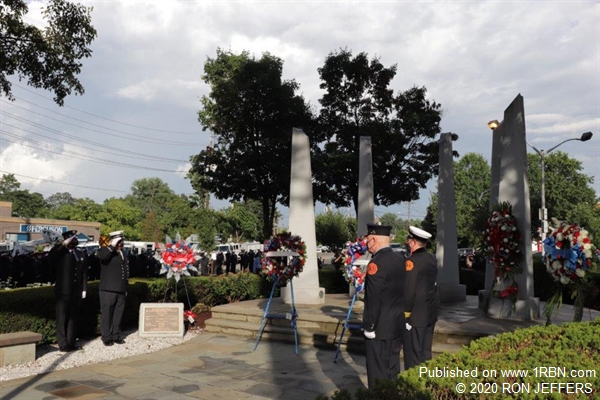 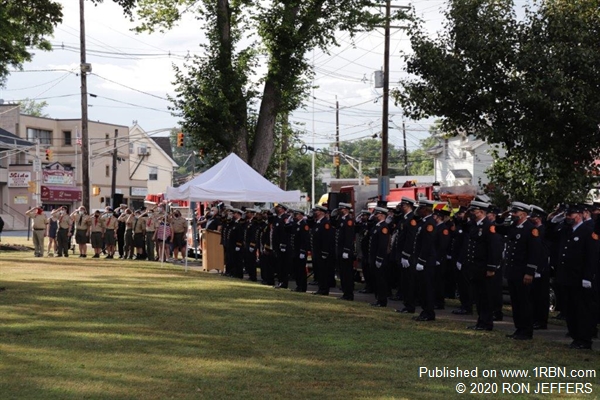 Photo by RON JEFFERSTroop 80 eagle scouts and members of the Hackensack Fire Department offer a salute to the fallen heroes. 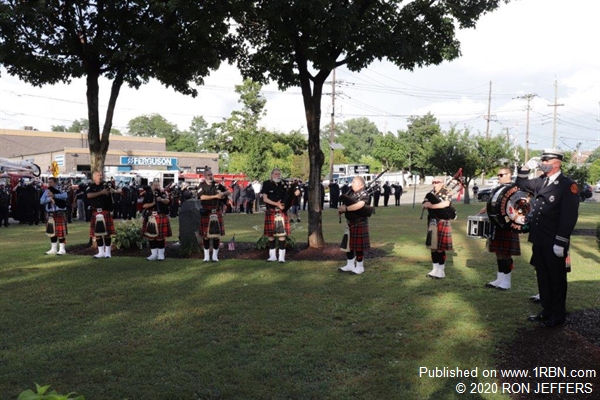 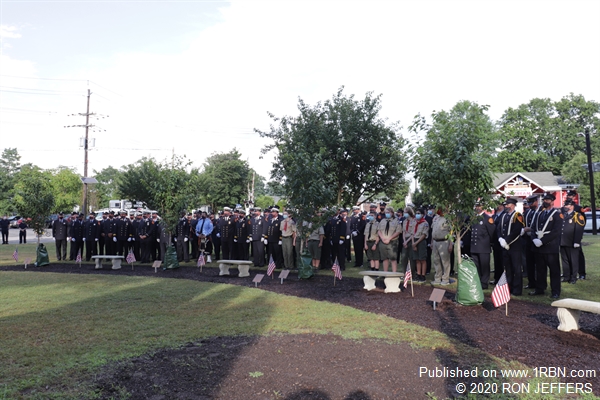 Photo by RON JEFFERSCity firefighters and eagle scouts with the five trees that represent the five fallen members of the department. 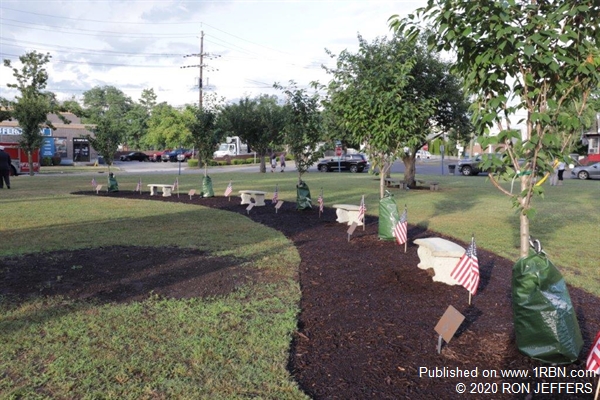 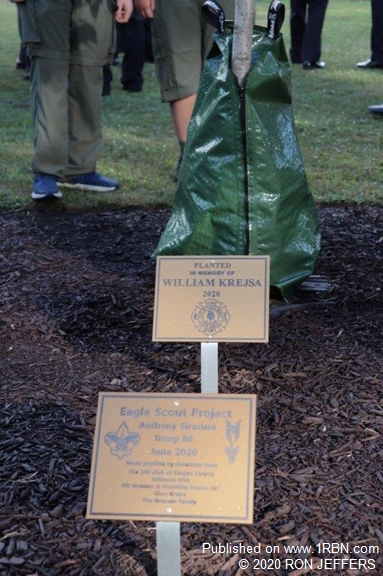 Hackensack, NJ - For the 32nd time since five city firefighters lost their lives in the line of duty, department members, city officials, area firefighters, families and friends, assembled at Fairmont Park to remember those men and others who have passed.

Wreaths were placed at the five statues representing the fallen heroes. This year, there was also five new trees planted in their memory behind the statues.

This was an Eagle Scout project, led by Anthony Siracusa and the members of Troop 80, in Bergen County. With donations, they planted the five trees and there will be permanent monuments located with the names of each of the members that died in 1988.

Chief of Department Thomas Freeman praised Siracusa and Troop 80 for their dedicated project and remembering these fallen heroes.