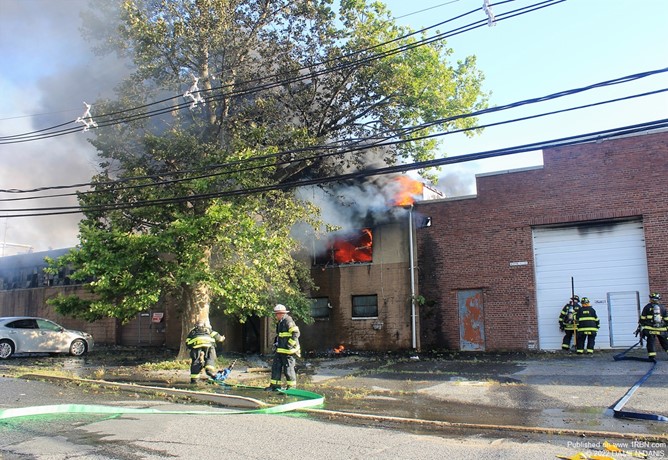 Photo by DAMIEN DANISPalisades Park firefighters were greeted with flames when they arrived at a vacant warehouse fire on Fairview St., July 2nd. 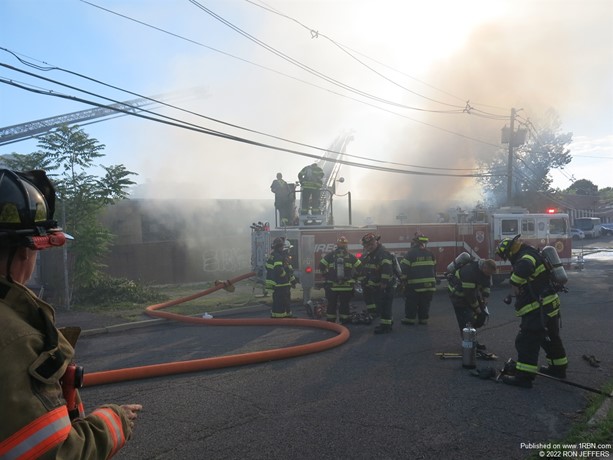 Photo by RON JEFFERSArriving mutual aid firefighters prepare to go to work at smoke banks down on the street. 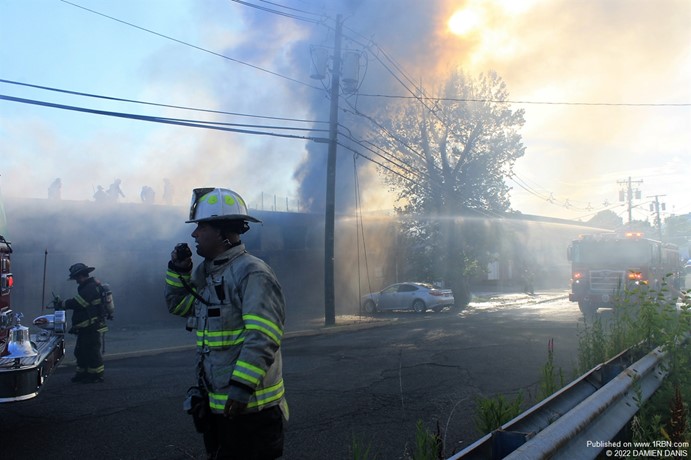 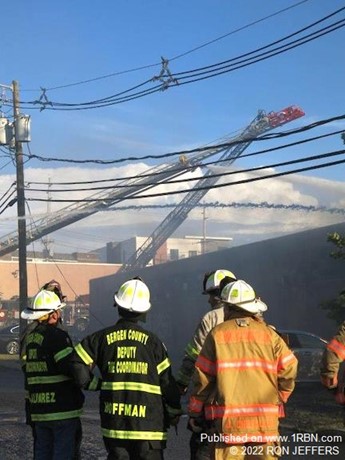 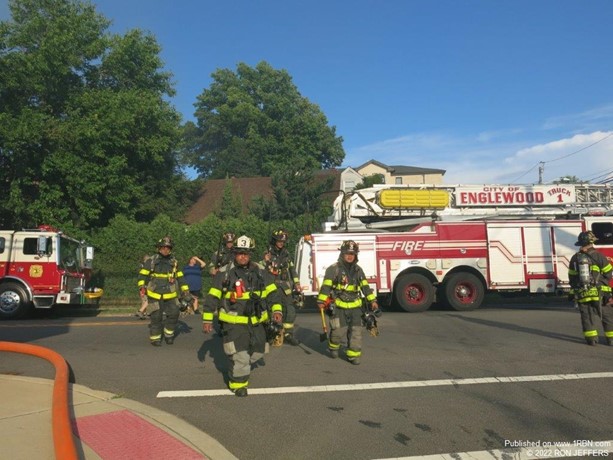 Photo by RON JEFFERSFairview firefighters arrive and were utilized as the FAST crew. 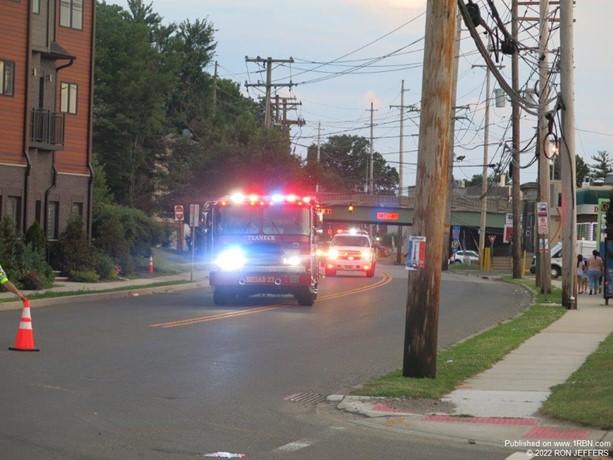 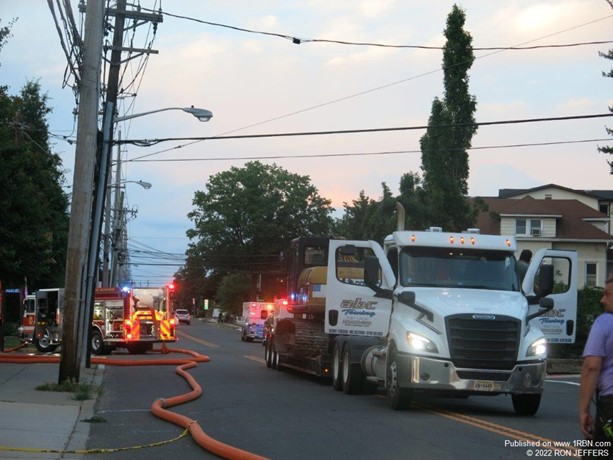 PALISADE PARK, NJ - A smoky warehouse fire kept firefighters busy on the Independence Day weekend. Borough firefighters were toned out to a “working fire” on Fairview Street, off of Grand Avenue, on the afternoon of July 2nd.

Arriving firefighters found fire venting from a window of a long vacant warehouse, which also broke through the roof. Fire Chief Monteleone struck additional alarms for additional resources and manpower.

Low-banking smoke covered the street, and it was reported that nearby Route 46 was temporarily closed. As firefighters surveyed the structure, its stability was uncertain and a collapse zone was established.

Master streams were set up, which included ladder pipes from Palisades Park Ladder 1 and Fort Lee Ladder 1, a deck gun operation by Ridgefield Engine 4, a squirt operation by Edgewater Engine 2, plus a BlitzFire monitor in the street.

Firefighters battled the blaze for several hours, with caution. During this time, the Bergen County EMS Special Operations unit set up a medical evaluation and rehab zone on Grand Avenue. It was reported that one firefighter suffered a minor injury. Additional rehab assistance was supplied by the Teaneck Box 54 Club.

Before the sun set, a demolition crew had arrived to take down the hazardous structure.