Saint Clair Finds Back of Home on Fire 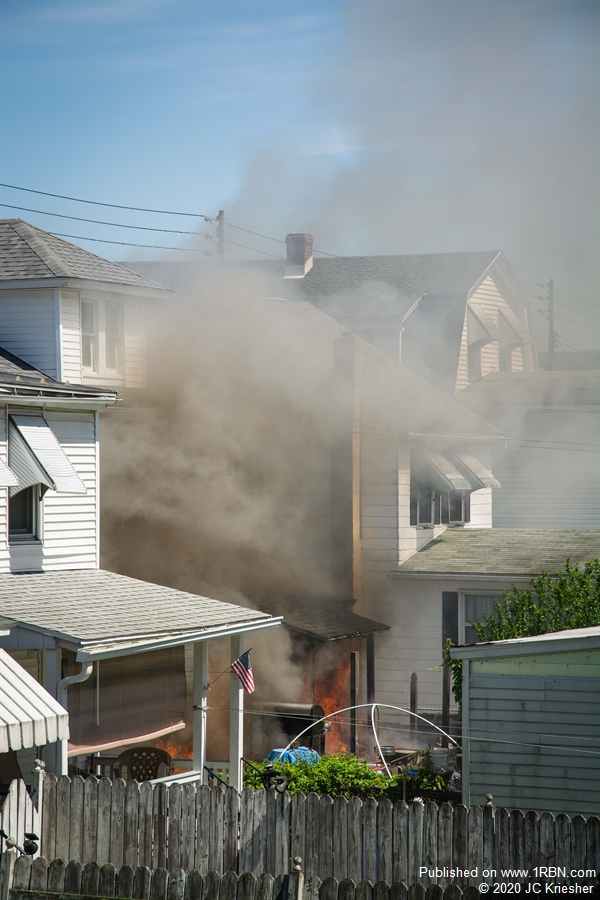 Photo by JC KriesherSmoke and flames escape from the back of a house on 2nd St. in Saint Clair as firefighters arrive on scene. 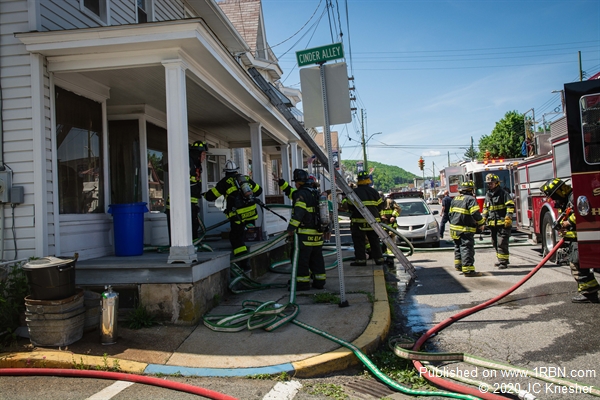 Photo by JC KriesherCrews stretch lines into the building.

Schuylkill County, PA – At 2:50 P.M. on Monday, June 8th, Schuylkill County 9-1-1 dispatched a structure assignment to 406 South 2nd Street in Saint Clair for a house fire. Fire District 62 (Saint Clair) and 68 Station 4 (Good Will) were due on the call.

Chief 62 arrived to find a working fire with fire showing from the back porch of a duplex. The Chief assumed command and hit the fire with a water can. Neighbors stretched a garden hose to the back of the house as Ladder 62-23 arrived and stretched a hand line.

Engine 62-12 arrived with 68-14 and positioned behind the ladder while 68-14 secured a water supply from a hydrant. Firefighters stretched two lines into the front door and were able to knock down the fire inside.

Command requested RIT from Pottsville, which brought Pottsville Stations 10 and 30 to the scene.

Crews searched the second floor and attic for extension and cleared windows on the way. Brown smoke was seen emanating from the windows, but it was just residual smoke as the fire was knocked down.

The fire was placed under control around 3:30 P.M.