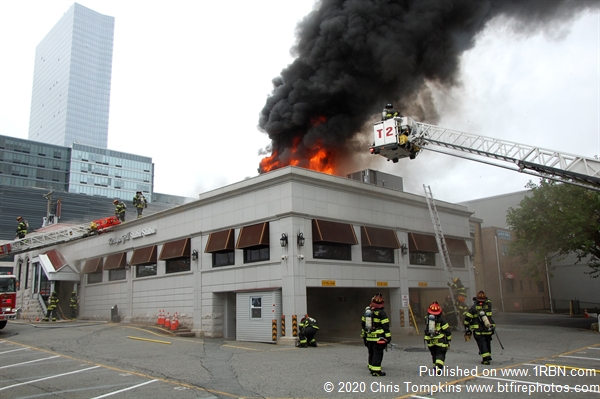 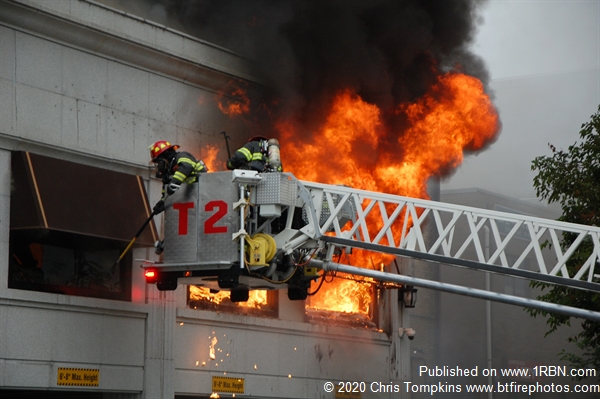 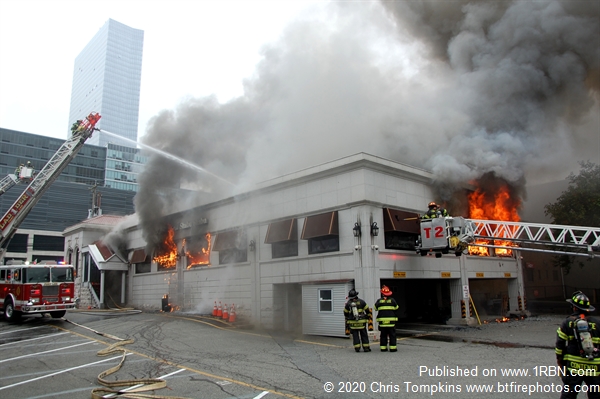 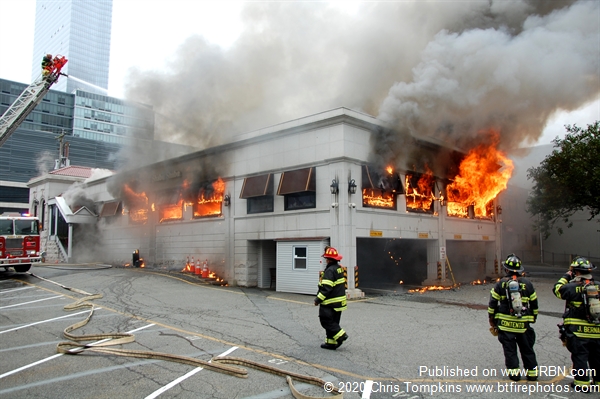 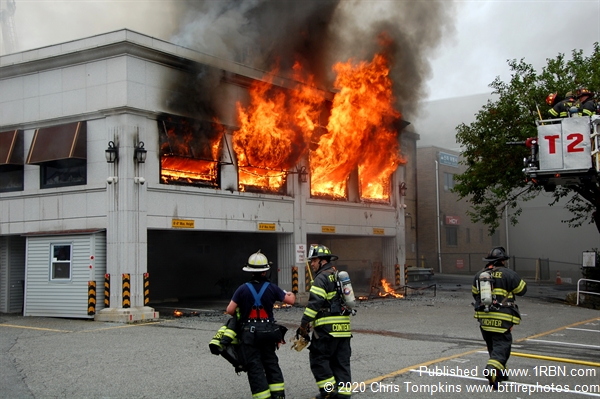 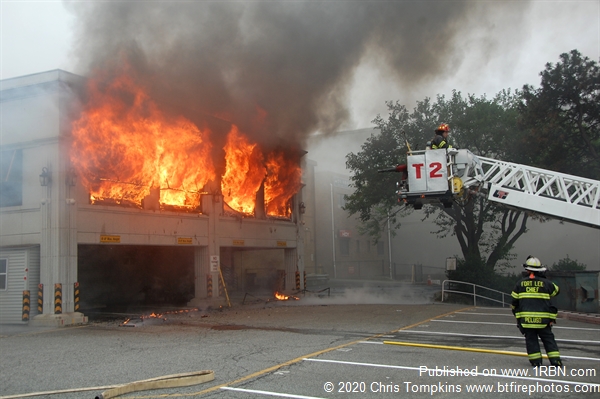 Fort Lee, NJ - Fort Lee firefighters battled a three-alarm blaze that tore though a restaurant on the morning of the Fourth of July.

Just before 8:00 A.M., Fort Lee firefighters were dispatched to 2045 Lemoine Ave. for a reported building fire with smoke showing. First arriving units were met with a heavy smoke condition in the rear of a two-story commercial building. Two attack lines were stretched though the front door towards the rear of the building. Ladder 1 and Tower 2 set up in parking lots and went to the roof to ventilate.

Interior crews reported that they were getting water on the fire, however the fire had extended into the roof of the building. A FAST team was requested as the smoke condition started to increase thoughout the building. A second-alarm was transmitted as fire broke through the roof in the rear and from the second floor windows in the rear.

As conditions began deteriorating, Command called for all members to evacuate the building and a third-alarm was transmitted. Fire vented from windows on the 'Charlie' and 'Delta' sides, as well as through the roof. At the height of the fire, three tower ladders, one ladder pipe and multiple exterior handlines were in service to knock down the flames.

It took firefighters about one hour to bring the fire under control. One injury was reported, and the cause of the fire is under investigation. Mutual aid from Leonia, Englewood Cliffs, Ridgefield, Palisades Park, Edgewater and Cliffside Park assisted on scene.