Fire at the Norwich Transfer Station Takes Hours to Control 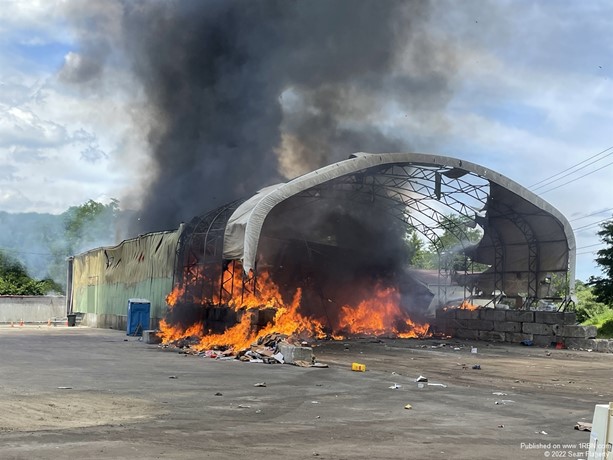 Photo by Sean FlahertyThe fire spread quickly throughout the building. 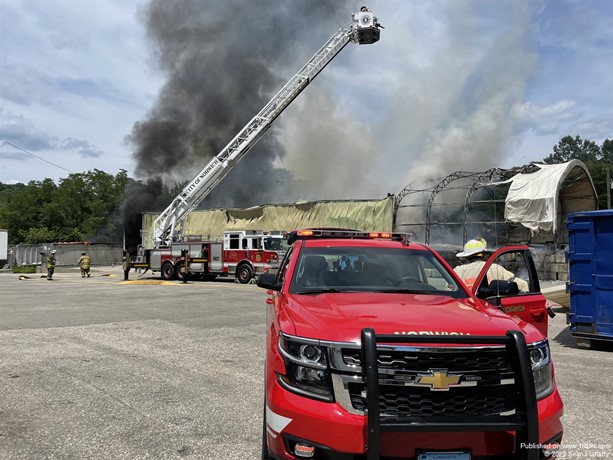 Photo by Sean FlahertyNorwich Battalion 1 and Truck 1 setting up for defensive operations. 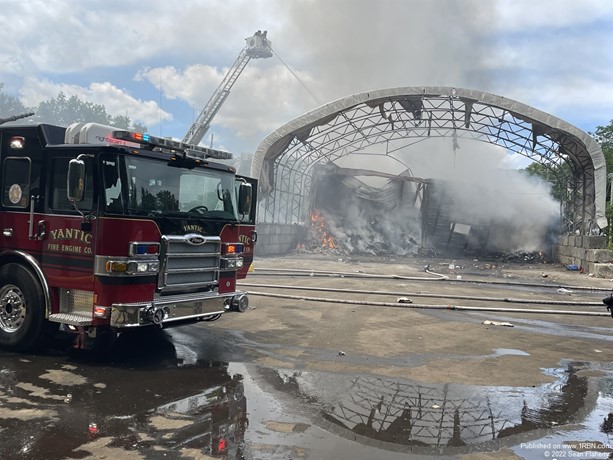 Photo by Sean FlahertyYantic Engine 31, a Pierce Enforcer pumped the fire for about 11 hours. 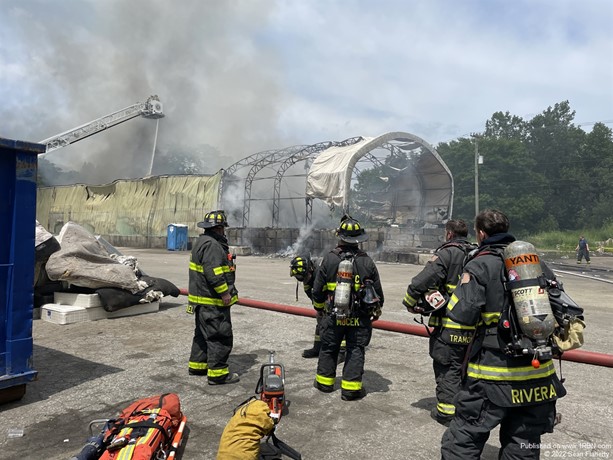 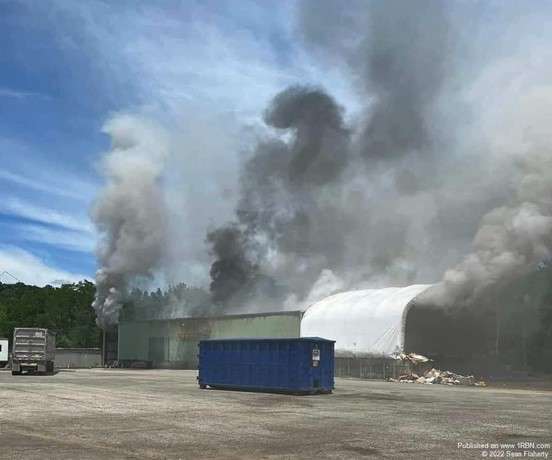 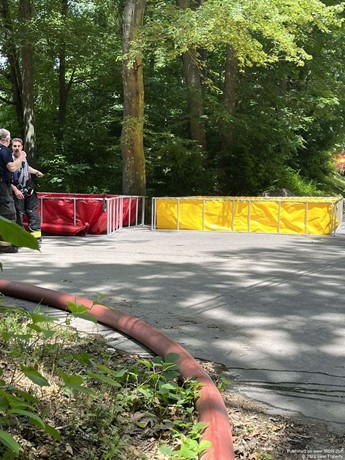 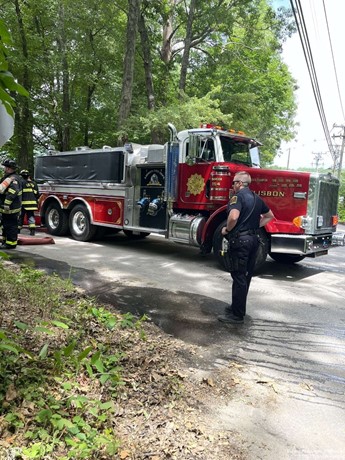 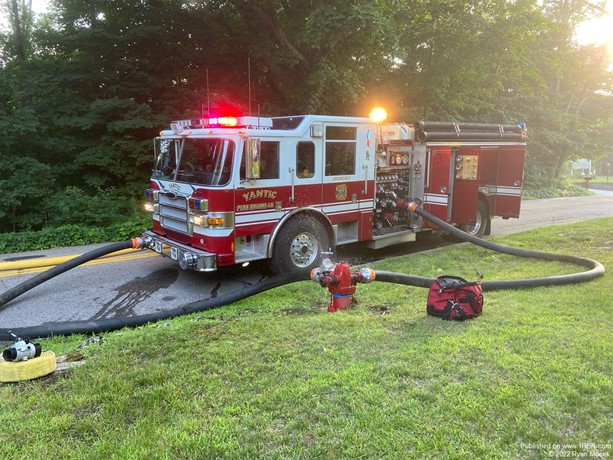 NORWICH, CT - At 1:11 P.M. on Thursday, June 30th, the Yantic Fire Co. was dispatched to 73 Rogers Road at the Norwich Transfer Station for a structure fire. Car 30 immediately signed on reporting a header in the sky and requested five tankers.

Car 30 arrived at 1:16 P.M. reporting a prefabbed metal building with an attached overhang well involved and added two aerials, five more tankers and two engines for fill sites. Engine 31 arrived at 1:20 P.M. and stretched multiple lines. Engine 33 arrived next and dropped a supply line from the entrance and gave 31 their tank water. Engine 32 drafted from the three drop tanks that were set up and pumped water to the scene. Norwich Truck 1 set up on the 'Bravo' side and Taftville Tower 25 set up in the rear.

Crews fought the fire well into the overnight hours while an excavator pulled apart the burning paper and cardboard. Most of the building quickly collapsed and command established from the start that it would be all defensive operations.

Due to this area not having hydrants, tankers were called in from East Great Plain, Laurel Hill, Bozrah, Franklin, Baltic, Lebanon, Lisbon, Oakdale, Gardner Lake, Salem and Colchester. Bozrah Engine 126 and Lisbon Engine 154 established two different fill sites on Browning Road. Later into the incident, hose tenders were used to lay about 5,700-feet of supply line from a hydrant on Otrobando Ave., which was relay pumped to the scene. Occum Engine 41 covered Yantic while American Ambulance provided standby. The Norwich Fire Marshal’s Office is investigating.