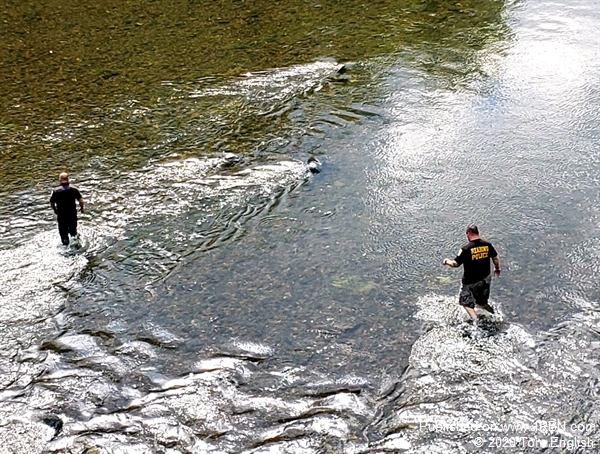 Photo by Tom EnglishReading Firefighters arrived at this water rescue incident with Reading Police Officer in the water attempting to apprehend a man who had fled early questioning. The subject appeared to be under the influence. 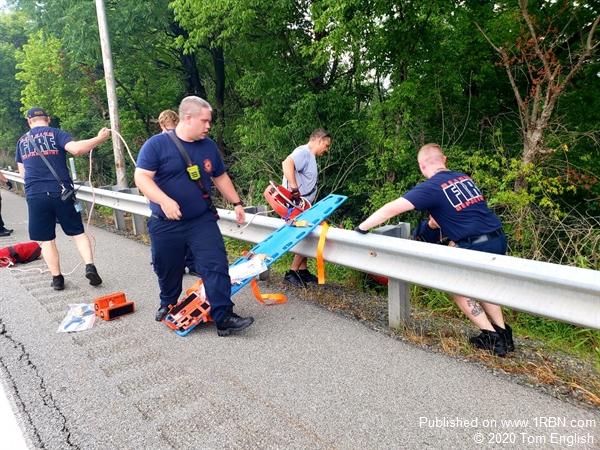 Photo by Tom EnglishReading Firefighters prepare equipment after being requested by the PD to assist in apprehending a subject who had jumped into the Schuylkill River to avoid questioning.

Reading, PA - On Tuesday, June 30th, police officers made contact with an individual who appeared under the influence. While being questioned, the man ran from the officers and dove into the Schuylkill River.

The officers requested assistance from firefighters at 3:15 P.M. Deputy Chief Stoudt (C4) arrived at the Bingaman Street bridge and made visual contact with the subject, who was actively swimming away from the police. Firefighters entered the water in an attempt to convince the subject to go with them, which caused him to swim further away.

Crews took positions around and in the water to monitor the individual. Eventually, the subject became fatigued and began to swim to the shore. Officers immediately took custody of the subject while firefighters set up a low-angle rope system to bring them back up to the roadway.

The subject was transported to Reading Hospital for evaluation. No injuries were reported. Units were on scene for nearly an hour.