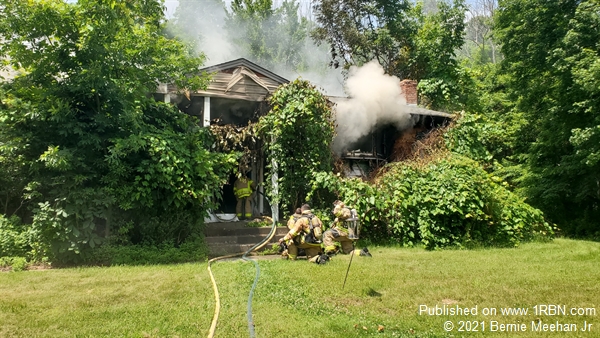 Photo by Bernie Meehan JrSide A 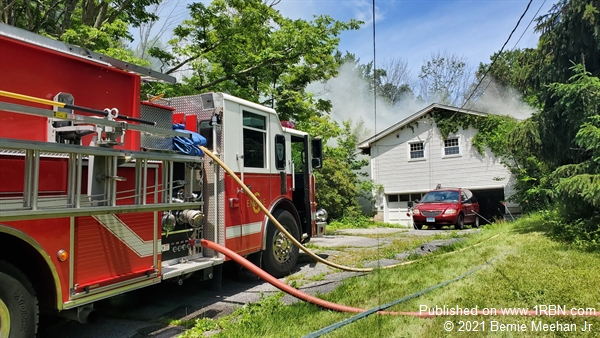 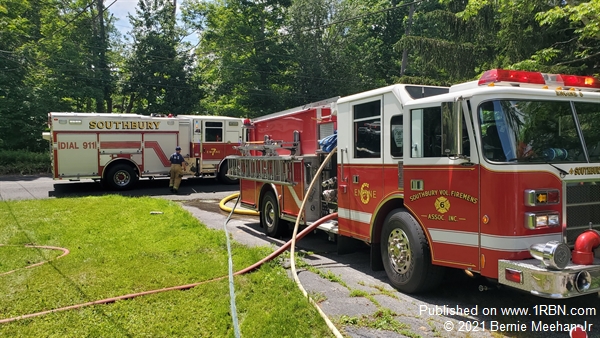 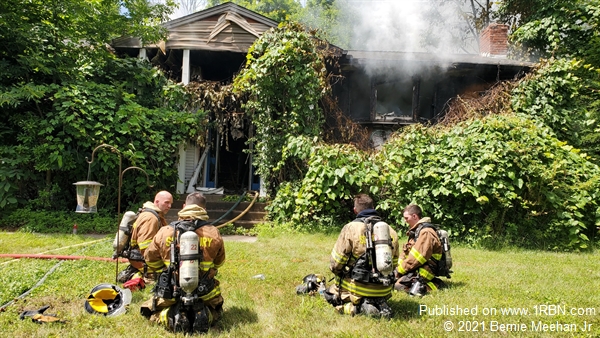 Photo by Bernie Meehan JrCatching Their Breath After Knock Down 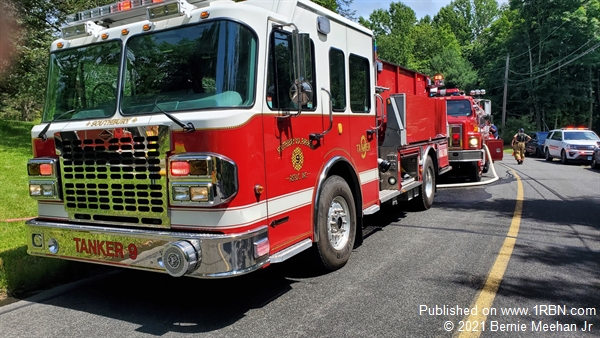 Photo by Bernie Meehan JrTankers At The Ready

SOUTHBURY, CT - On June 25th at about 2:00 P.M., the tones went off for the Southbury Fire Department for a reported house fire at 212 Luther Drive in the Southford section of town.

Arriving police officers reported heavy fire from a single-family house. First due Engine 6 took the driveway, finding heavy fire issuing from the second floor of a raised ranch. Firefighters pulled an attack line and made an aggressive interior attack. Going through the front door, the crew managed to knock down the bulk of the fire in the living room and kitchen/dining room area in short order.

Engine 6 was quickly joined at the scene by Engine 7 and Tanker 9. A second attack line was stretched to back up Engine 6's operation. Chief Brian Warren arrived and assumed command, requesting additional assistance from the Oxford, Middlebury and Sandy Hook Fire Departments.

Being in a non-hydranted area tankers responded as well, however the quick work of the first-in crew limited the amount of water that was needed. Being a hot summer day with temperatures in the 80's, Chief Warren had the mutual aid companies bring manpower to the scene to assist with overhaul in the oppressive heat. Southbury EMS was on scene and checked on the homeowner, who was uninjured. The fire marshal's office is investigating cause and origin.