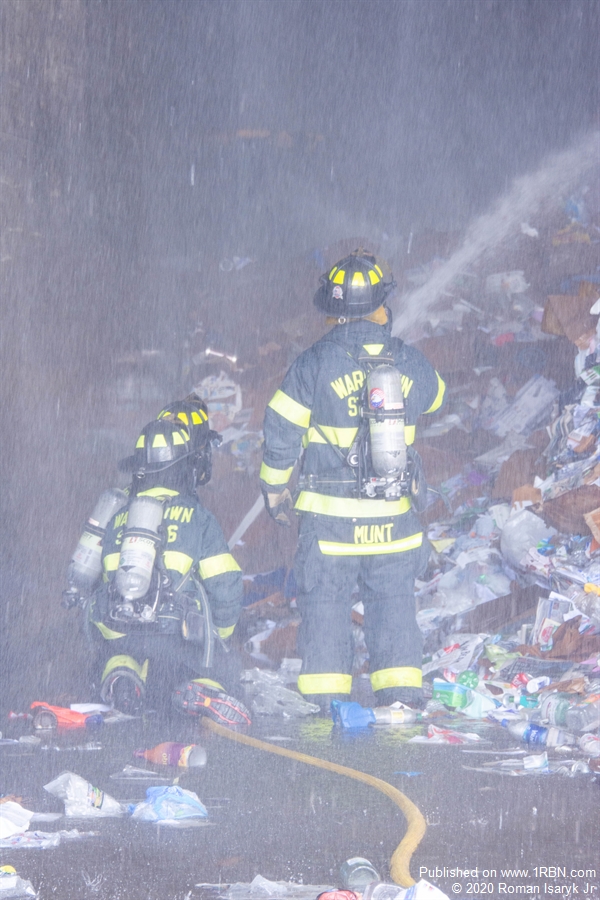 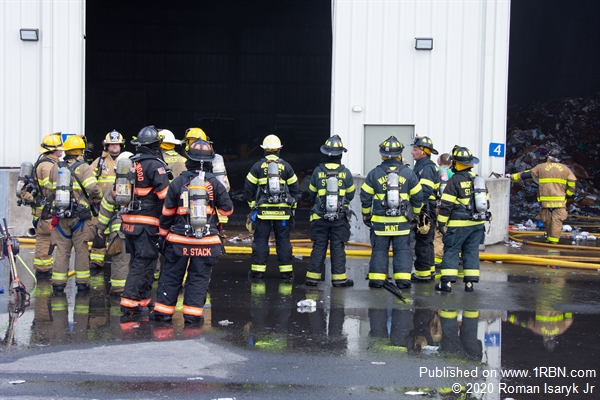 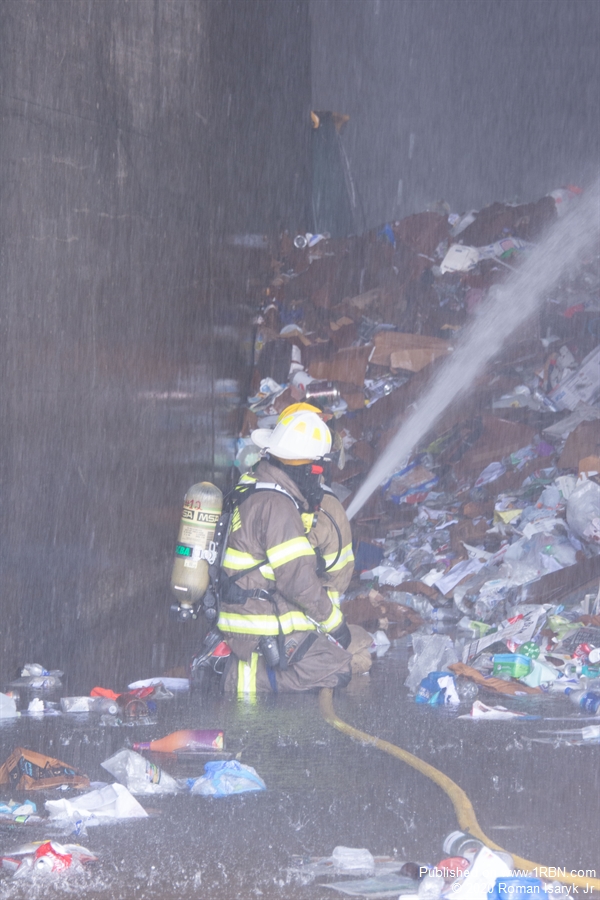 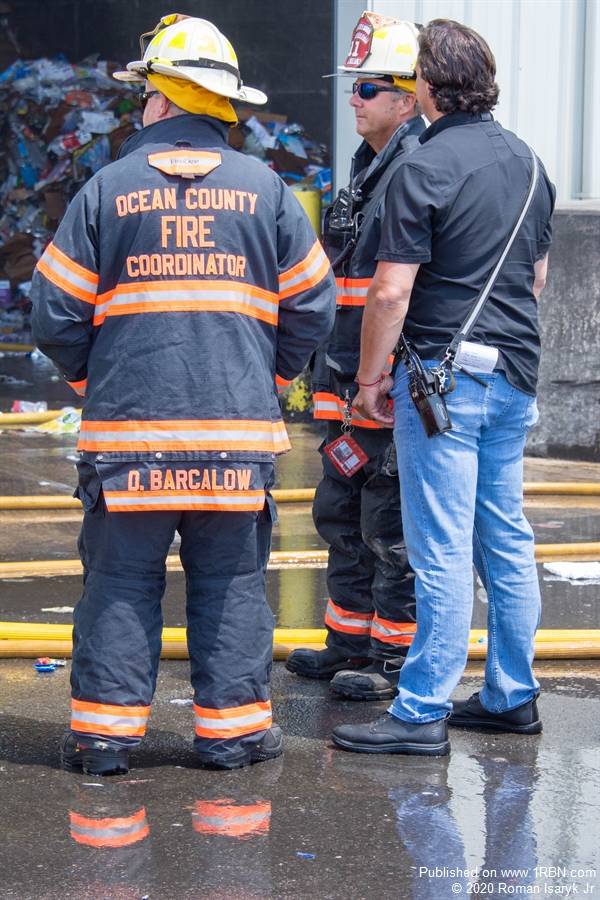 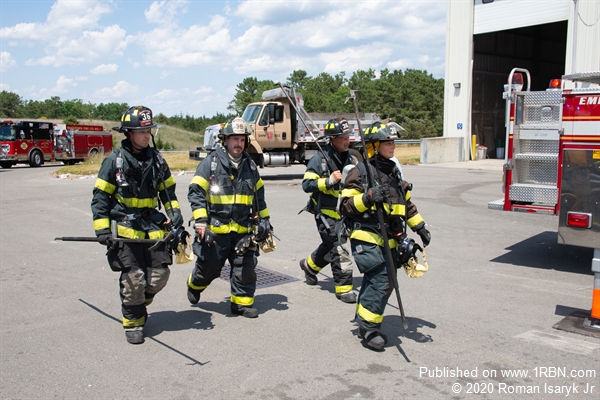 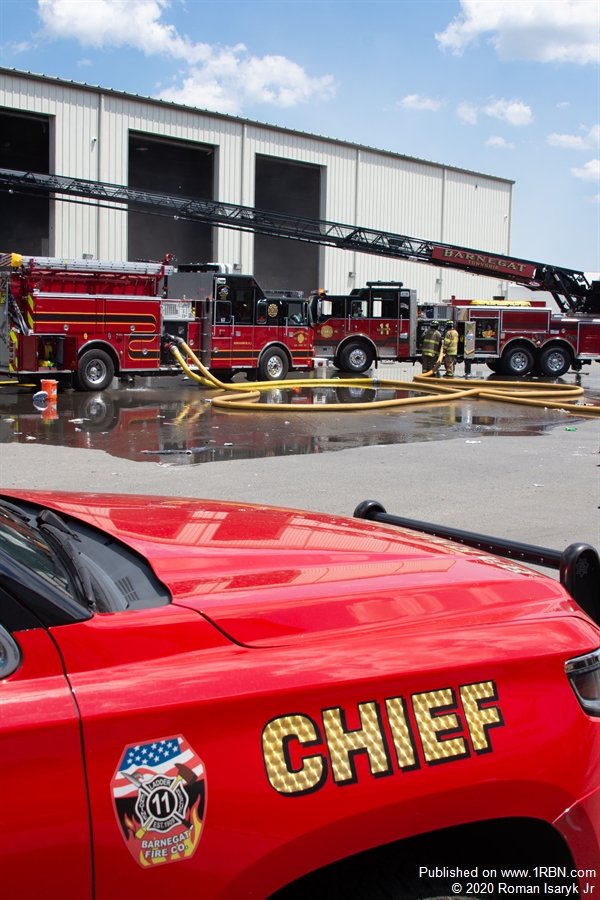 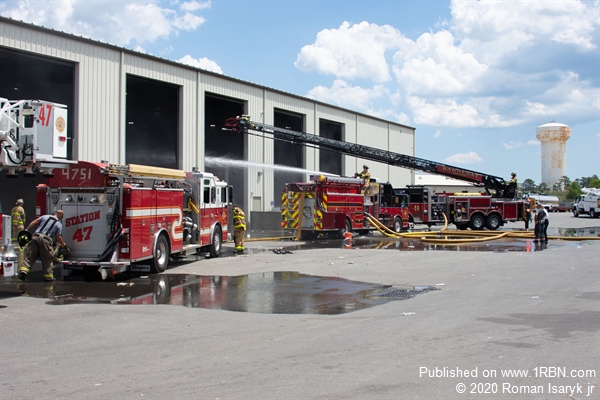 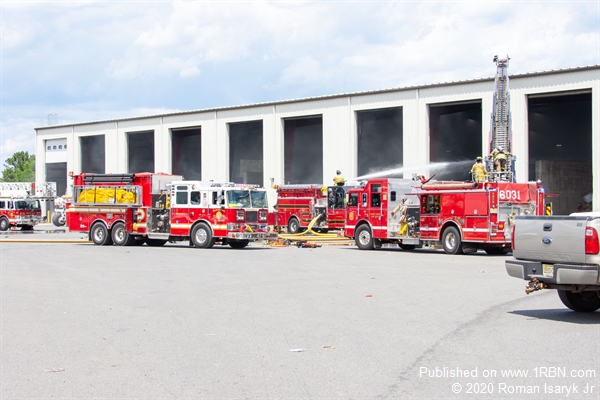 Stafford Twp., NJ - Just after 1:00 P.M. on June 26th, a 9-1-1 call was received at the Ocean County Dispatch Center for a fire at the Recycle Center in Stafford Twp. 4700 arrived shortly thereafter and reported heavy fire and smoke showing from a 150'x100' building. A second-alarm was quickly struck, bringing in Barnaget FD and Forked River FD as the R.I.T.

Command advised the first due engine to lay in and hit the fire with the deck gun. When units arrived on scene crews pulled two-and-a-half inch lines and set up the ladder that was placed in to service. A third-alarm was struck for more manpower. Eagleswood, Parkertown, West Tuckerton and Waretown FD's were dispatched.

OC Fire Coordinators assisted in the staging of incoming units. EMS was handled by Stafford EMS. The cause of the fire is under investigation by the Ocean Co. Fire Marshal's Office.