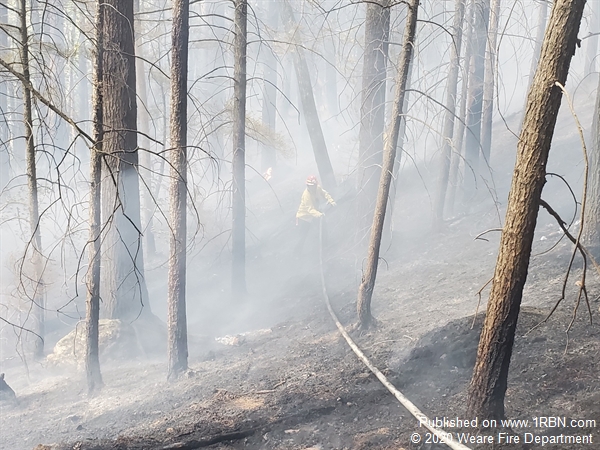 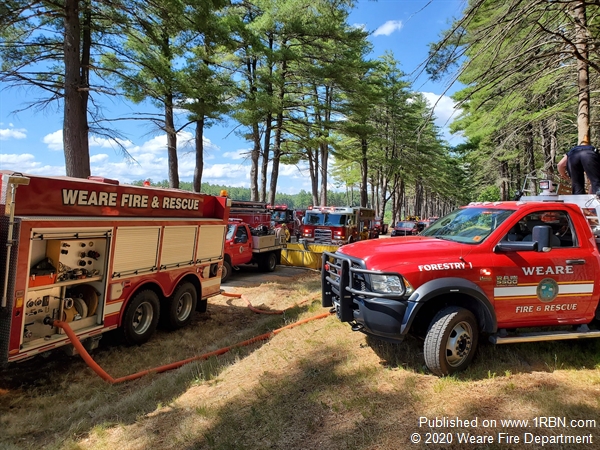 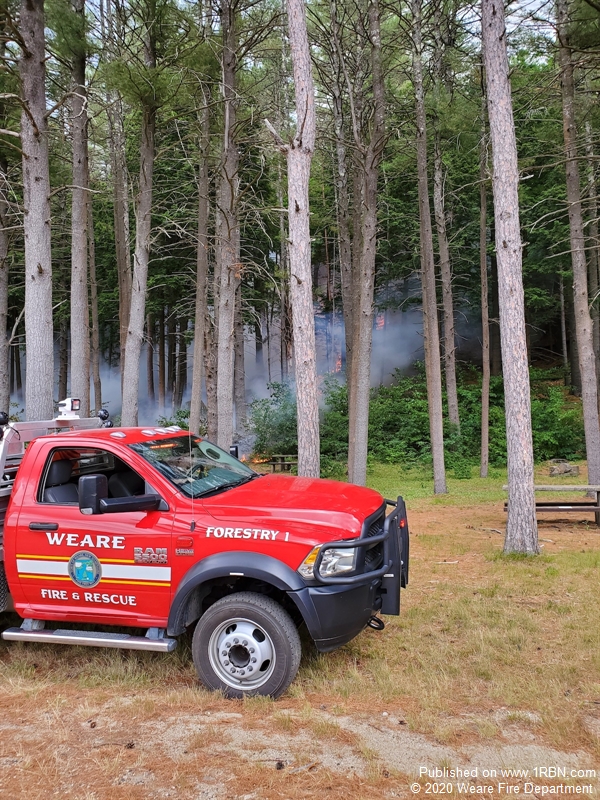 Weare, NH - On June 24th 1:55 P.M., Weare Fire Rescue responded to a report of a brush fire at Clough State Park. Within 15 minutes of the alarm, the on-duty crew from the Center Fire Station arrived on scene to find nearly two-acres of woods involved in fire.

Challenging firefighters in their effort to contain the fire was the very steep terrain and tinder dry fuels. Driven by gusty winds, the fast-moving fire overran the initial hose line placement, burning through several lengths of hose.

Firefighters eventually were able to contain the fire, but not before four alarms were struck, summoning 15 other fire departments for help. “A tip of the helmet to all who responded,” stated Weare Fire Chief Robert Vezina. “Effective mutual aid and hard work was needed to extinguish this fire.”

In all, the fire burned approximately five to seven acres and took seven hours to extinguish. The cause of the fire is under investigation. No civilians or fire personnel were injured.