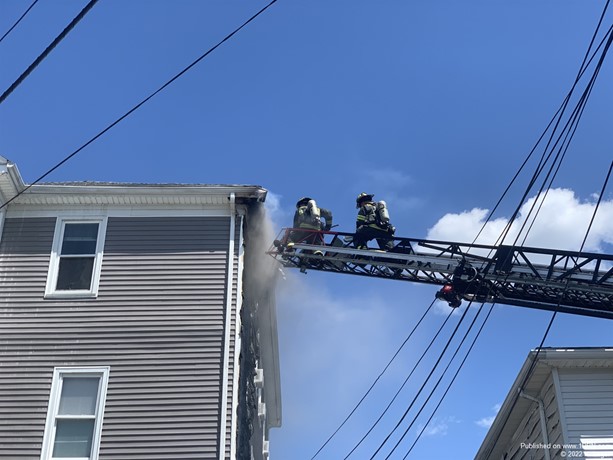 FALL RIVER, MA - Around 2:30 P.M. on Monday, June 20th, firefighters responded to 42 Wooley Street for a report of fire. Car 3 arrived and reported heavy exterior fire on the 'A/D' corner running from the first floor to the third floor and roof. Shortly after, Command reported live electric wires burning and dropping to the street. Engine 4 tied into a hydrant in front of the structure, while Ladder 2 used their aerial to access the roof. The fire appeared to have started on the first floor porch in a metal bucket and raced to the eaves of the three-story house. There was heavy water damage on all three floors, but the only interior fire damage was in the attic.