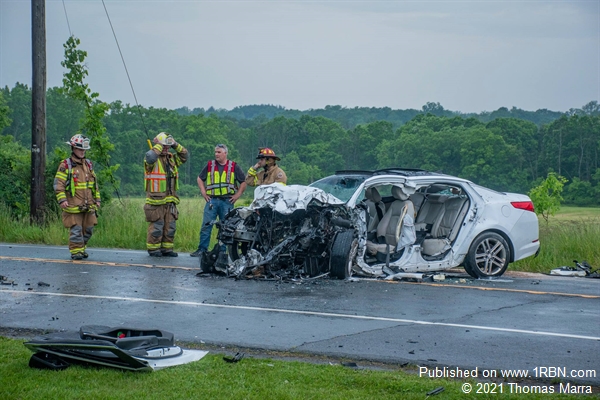 Photo by Thomas MarraA head-on collision in Glenmont with heavy entrapment of two patients turned fatal for one driver. 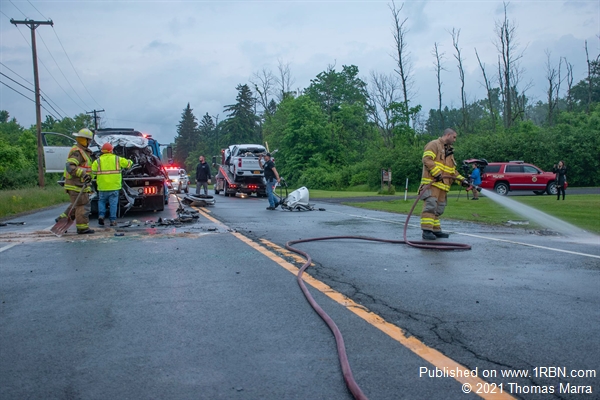 Photo by Thomas MarraFirefighters washed the roadway to remove debris from the crash. 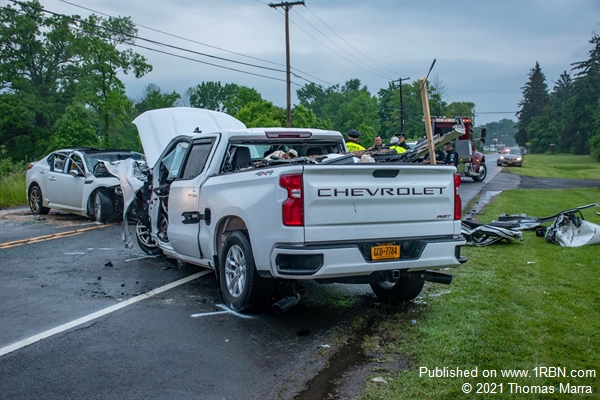 Photo by Thomas MarraThe driver of the pickup truck was extricated and transported to the hospital. 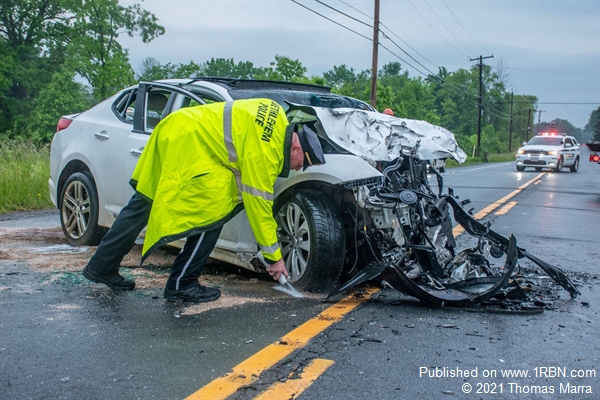 Photo by Thomas MarraThe driver of the car was pronounced dead at the scene and later extricated by firefighters. 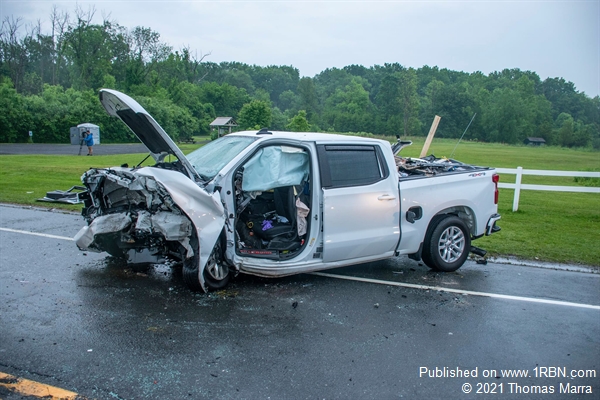 Photo by Thomas MarraDebris from the pickup truck scattered along the roadway. 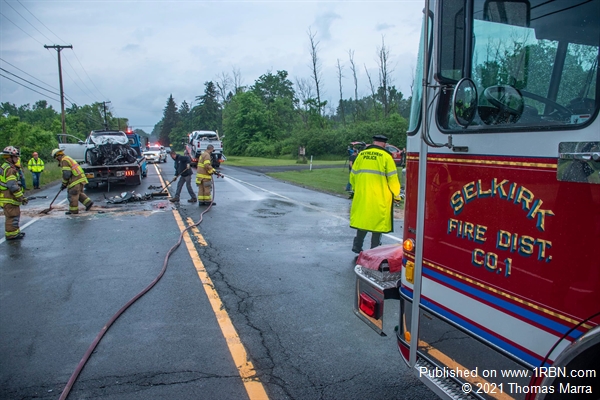 Photo by Thomas MarraCrews remained on the scene with the road shut down for several hours. 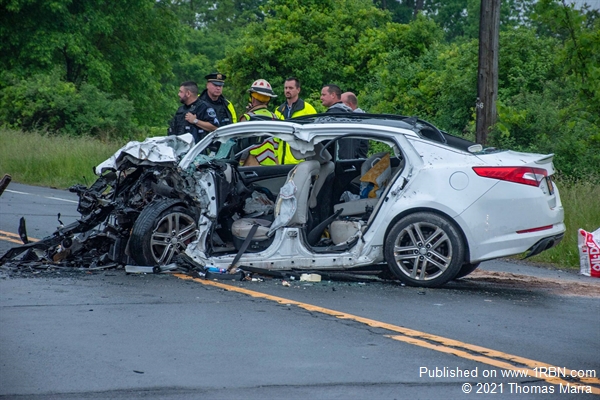 Photo by Thomas Marra One driver was pronounced dead at the scene as a result of the head-on collision. 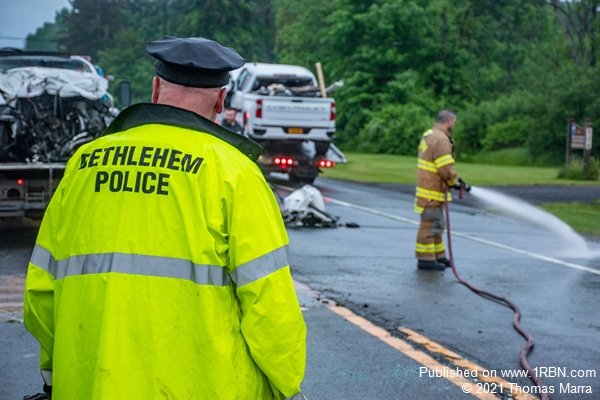 GLENMONT, NY - A crash resulted in one fatality and sent another to the hospital after two cars collided head-on on River Road in Glenmont on Wednesday, June 2nd.

First responders were dispatched to 822 River Road in front of the Glenmont Job Corps at 4:33 P.M. for the report of a head-on collision with people trapped and one unconscious individual.

Arriving officers from Bethlehem Police reported that there was confirmed entrapment of two drivers, with one under the dashboard and the unconscious individual was not breathing, advising EMS to step up their response.

Initial dispatch stated that one of the vehicles was also reported to be on fire, but arriving crews found no fire. The Selkirk Fire Department was dispatched to the call and requested Slingerlands Fire for an additional heavy rescue truck due to entrapment in both vehicles.

Firefighters cut the driver’s side door to extricate the driver of a white 2020 Chevrolet pickup that was traveling northbound on River Road.

Chief Joe Michaniw of Selkirk Fire said the driver of the pickup reported that he lost consciousness and didn’t know how he got where he was. The driver was transported to Albany Medical Center by Delmar-Bethlehem EMS with leg injuries and other injuries that do not appear to be life-threatening.

The driver of the white 2013 Kia was traveling southbound on River Road and was pronounced dead at the scene. Crews had to wait for the Albany County Coroner and District Attorney’s office to arrive at the scene for the investigation before the deceased driver could be extricated from the vehicle.

“The second extrication was a deceased male victim and that was a slow process trying to get him out,” Michaniw said. “The car was pretty crushed and he was tight in there.”

Firefighters started with cutting the doors and the B pillar of the car. They then rolled the dashboard back far enough until the coroner was comfortable to remove the victim from the car safely. The investigation took several hours and was prolonged due to heavy downpours in the area. Crews were on the scene for almost four hours.

“It’s going to be long when we have a fatality for the investigation with the police,” Michaniw said.

Debris was scattered across the roadway, which was cleaned off by firefighters. Fire Police from Selkirk and Elsmere Fire Departments shut down River Road at Wemple Road, and River Road at Clapper Road, for the entirety of this incident.

The cause of the crash is still under investigation.