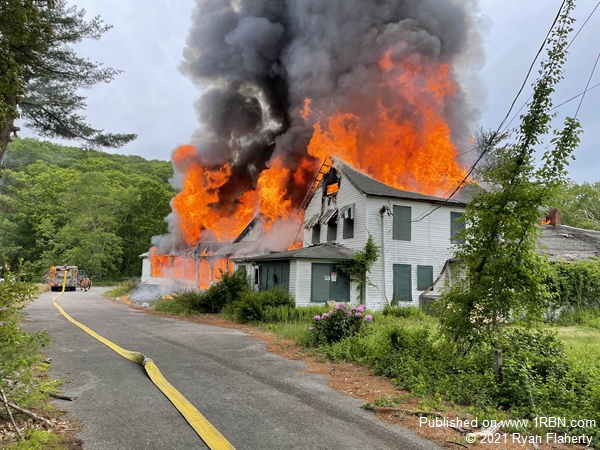 Photo by Ryan FlahertyThe roof was already collapsing when the first engine arrived. 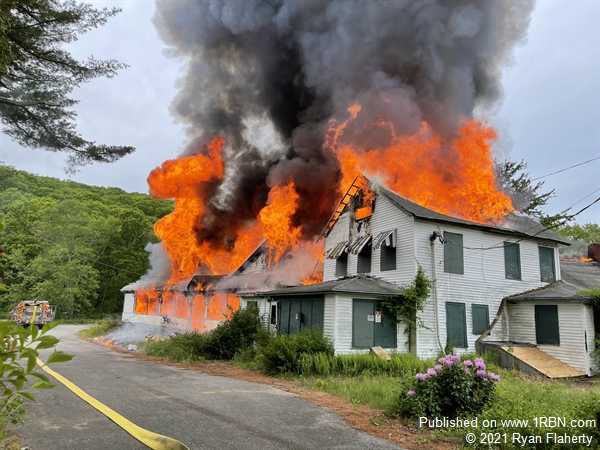 Photo by Ryan FlahertyThe exposure building on the delta-side was smoking when crews arrived. 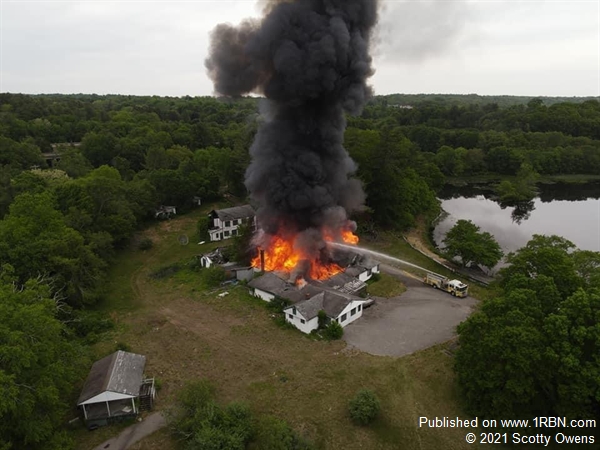 Photo by Scotty OwensA neighbor used his drone camera to get a picture from the sky.

NORWICH, CT - On Tuesday, June 1st at 10:32 A.M., the Colchester Fire Department with the Yantic FAST were dispatched to the Lincoln Lake Lodge at 28 Levy Road for a building fire.

Engine 128 arrived at 10:37 A.M. reporting a large two-and-a-half story wood-frame well involved with an exposure on the 'Delta' side. Engine 1 laid a supply line down the driveway and led off with their deck gun. Car 28 transmitted the second-alarm which added Salem, Hebron, Marlborough, East Haddam and East Hampton.

Engine 1 ran out of water, so they positioned down towards the lake and established a draft. They then put their deck gun and a portable monitor into operation. Engine 328 hit a hydrant and supplied the five-inch line that Engine 1 had already laid. Ladder 128 used their ladder pipe to wet down the rubble and debris.

Crews fought the fire for a couple of hours before clearing the scene. The Colchester Fire Marshal’s Office is investigating.