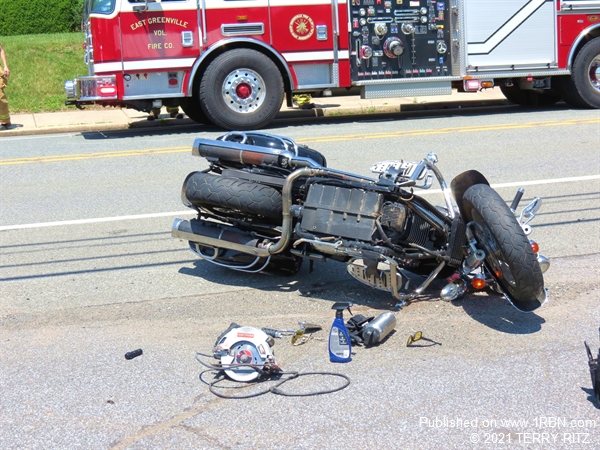 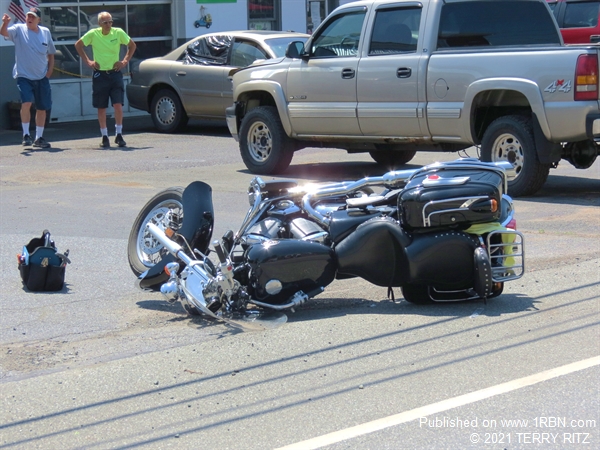 UPPER HANOVER TWP., PA - On Saturday, June 5th at 1:42 P.M., the East Greenville Fire Co. was dispatched for a motorcycle accident on Gravel Pike in the village of Palm. Upon arrival the fire company officers had a motorcycle down and one patient with injuries. The cause of the accident is pending the outcome of an investigation. There were several witnesses being questioned about what they saw. Assisting the fire company were fire police officers from East Greenville and Hereford. Two EMS units were also at the scene, including one from Upper Perk and one from Bally. PA State Police were also on the scene.