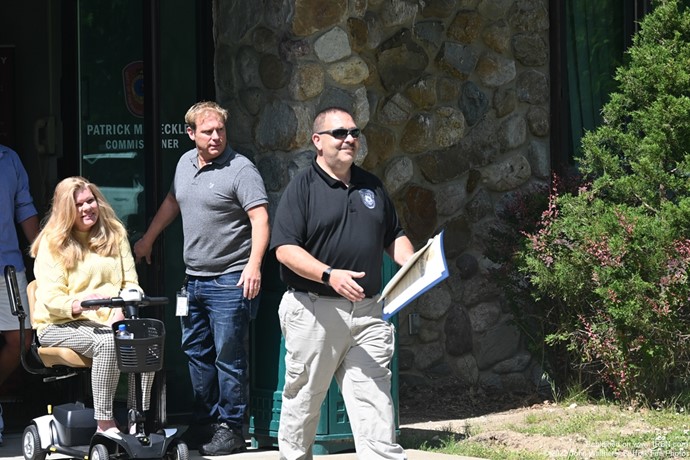 Photo by John Walthers- Suffolk Fire PhotosSuffolk Fire Rescue dispatcher #14 Bill Renzetti walks out of the Suffolk FRES building one final time as a dispatcher as he enters into retirement. 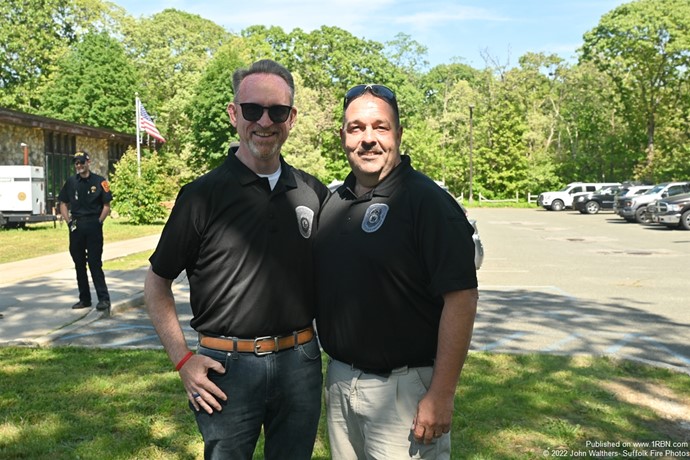 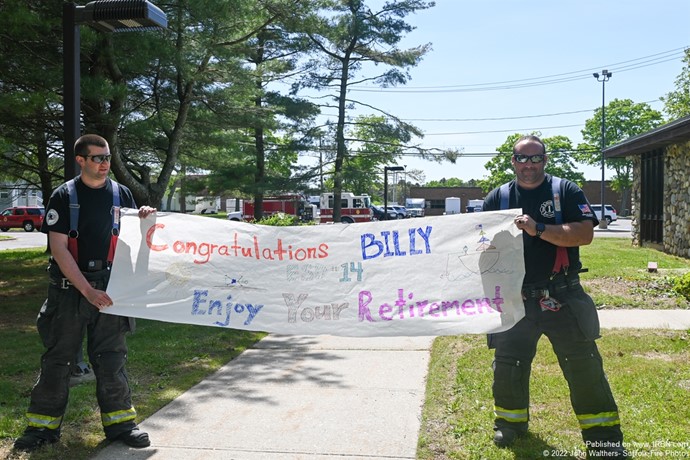 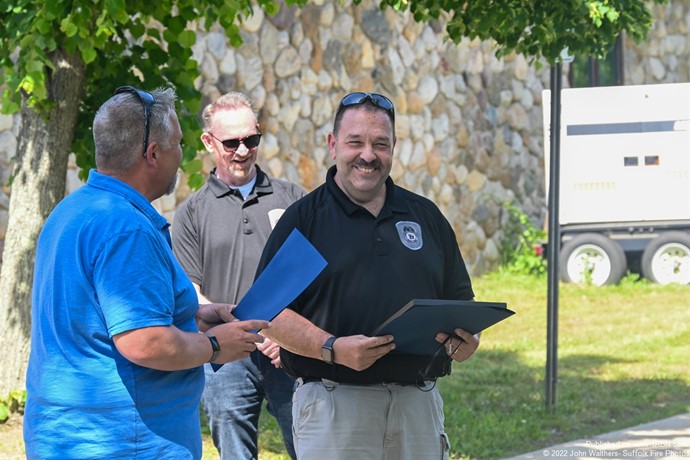 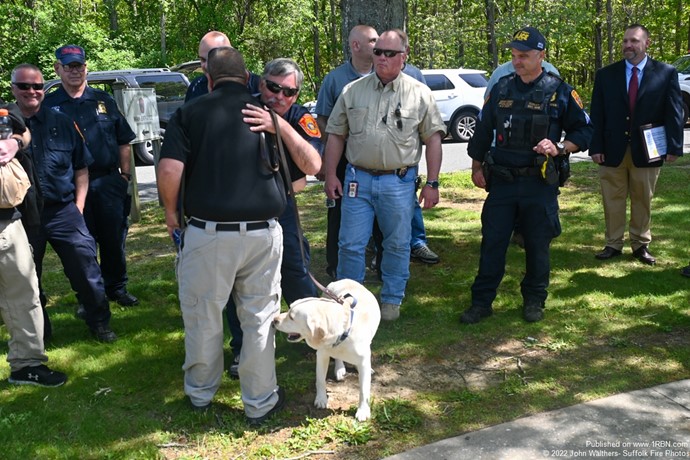 Yaphank N.Y.- Recently Suffolk County FRES Dispatcher Bill Renzetti worked his last shift at the Suffolk Fire Rescue and Communications Office in Yaphank. Renzetti has dispatched for over 36 years. Of that time 26 of those years have been at Suffolk Fire Rescue & Communications as dispatcher #14. To celebrate the occasion He was greeted by friends, Colleagues, his fellow firefighters from Center Moriches FD and of course his wonderful family as he walked out for that final time. Bill also received several awards / proclamations and some gifts from those who came to see him off. Though he may be retired from dispatching Renzetti will still be involved in the fire service as Captain of the Center Moriches Fire Department. We wish him a joyous retirement.