Mastic Handles 2nd Working Fire in Less Then a Week 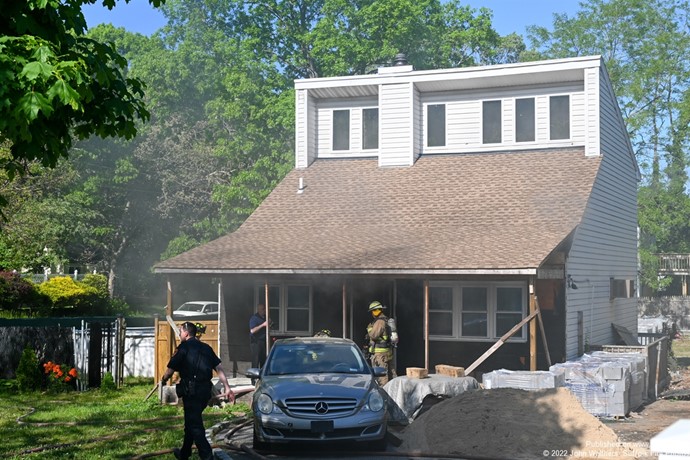 Photo by John Walthers- Suffolk Fire PhotosFirefighters from numerous departments were called to Mastic on May 24th for their 2nd working fire in less then a week. 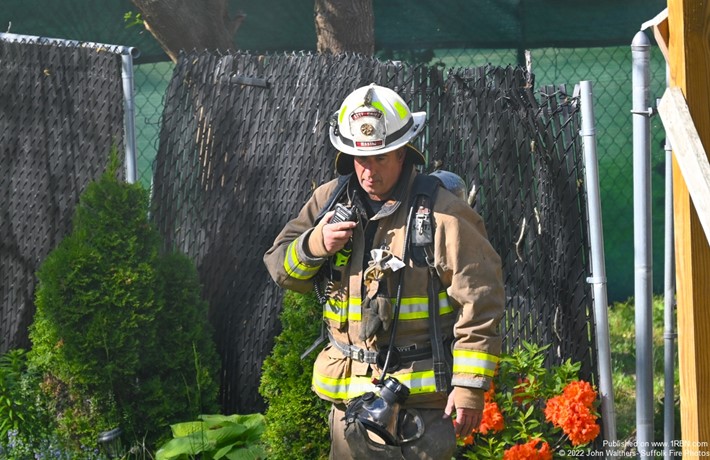 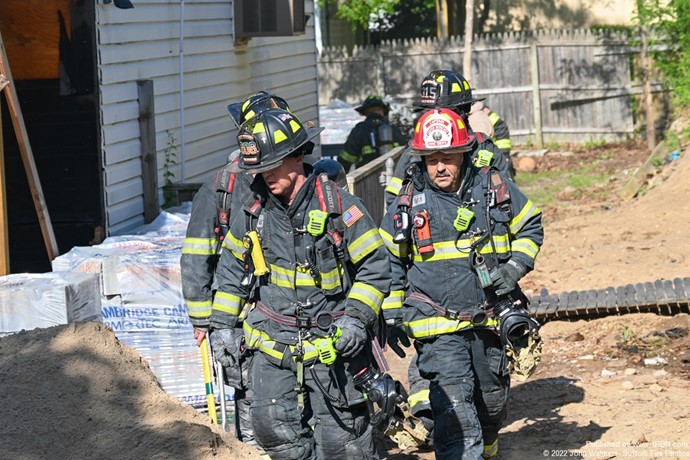 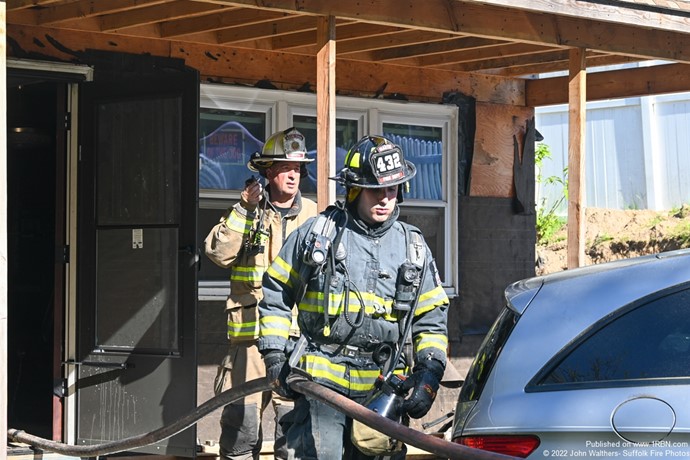 Photo by John Walthers- Suffolk Fire PhotosA Mastic Firefighter taking the hose out of the house after the fire is out. 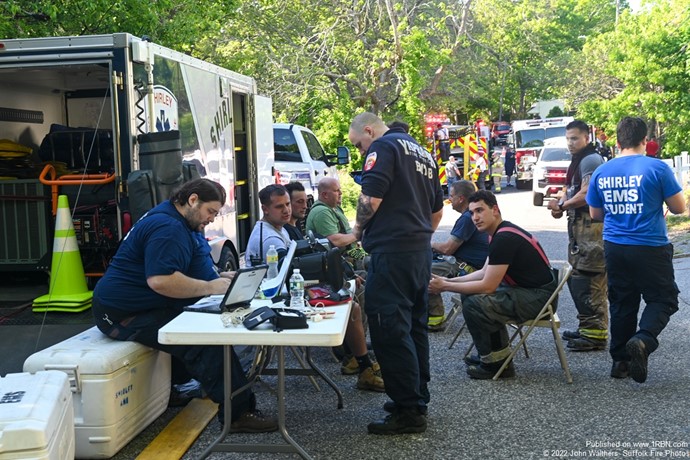 Mastic N.Y. – On the afternoon of May 24, 2022 Just before 4:30 PM Suffolk County Fire Rescue dispatchers began to take calls for a report of a structure fire on Poospatuck Ln at Dover Ave. Chief of the department Rudy Sunderman advised dispatch that he was enroute to the scene. Fire Rescue dispatch acknowledged Chief Sunderman and advised him that they had received a call stating the kitchen was on fire.

On arrival and investigation Chief Sunderman had heavy smoke showing from the residence and notified the dispatchers that he was transmitting the signal 35 for a working fire in a 2 sty residence. The Department was reactivated for additional manpower to the scene upon the transmission of the working fire and mutual aid was requested from Mastic Beach , Center Moriches, Brookhaven and East Moriches. Yaphank was requested to stand by at Mastic FD Headquarters. Chief Sunderman advised the first due Engine to stretch a line off the truck. Mastic Beach was requested to lay into the hydrant. The fire was located quickly in the kitchen and firefighters were able to make fast work knocking it down. They checked both all areas of the house to make sure there was no extension to other parts of the house.

Mastic Ambulance was on scene to stand by and Shirley Ambulance Rehab unit was also dispatched to the scene to conduct firefighter Rehab. No one was injured in the fire. The scene would later be turned over to the Brookhaven Town Fire Marshal’s office to investigate. This was the 2nd working fire Mastic had in the week.