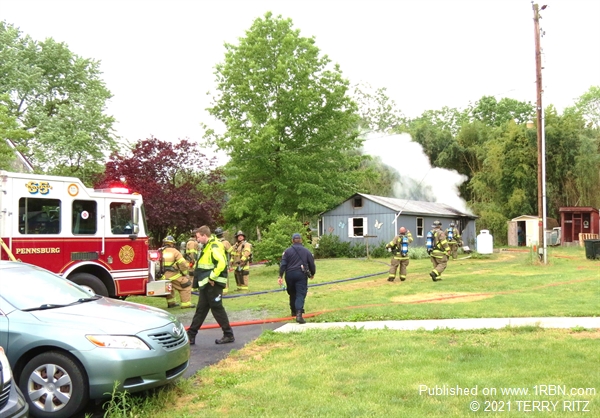 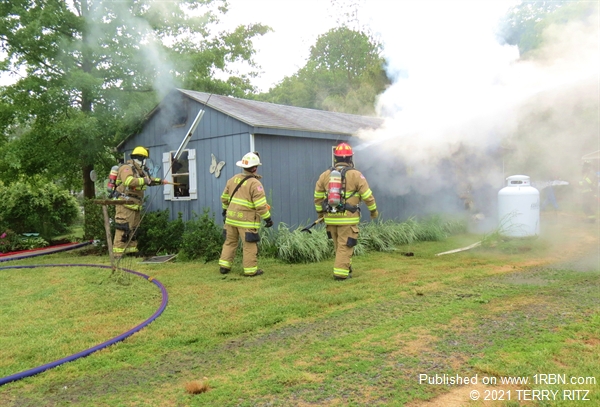 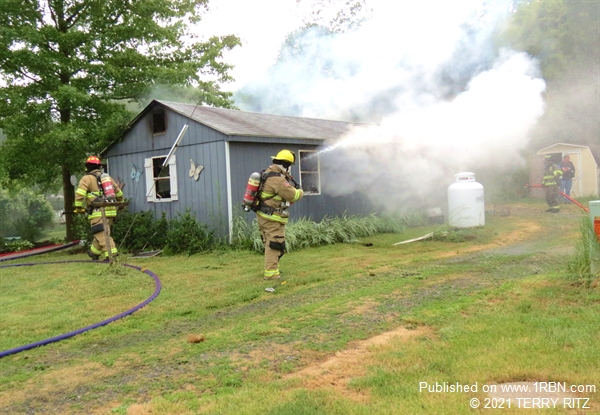 UPPER HANOVER TWP., PA - On Sunday, May 30th at 5:20 P.M., the Pennsburg Fire Co., along with several other fire companies from the surrounding municipalities, were dispatched to a dwelling fire on Wild Run Road in the township.

Upon arrival, Chief 65 had flames showing from an outbuilding with plenty of smoke. He called Montgomery County Dispatch and asked for a second dispatch for additional tankers as well as an air supply truck.

The outbuilding was used to house exotic birds and chickens. At this time the cause of the fire is not known, nor is the damage until the investigation is completed. The fire was brought under control in about 15 minutes.