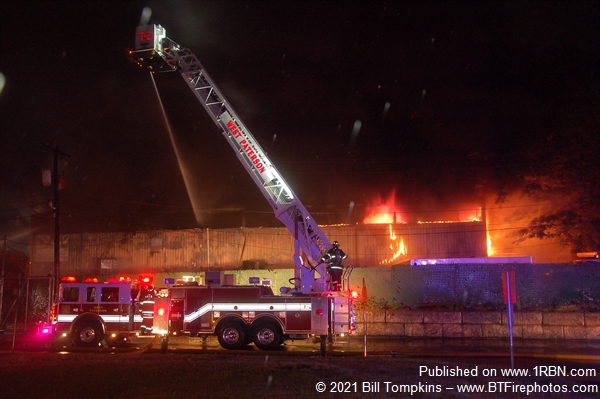 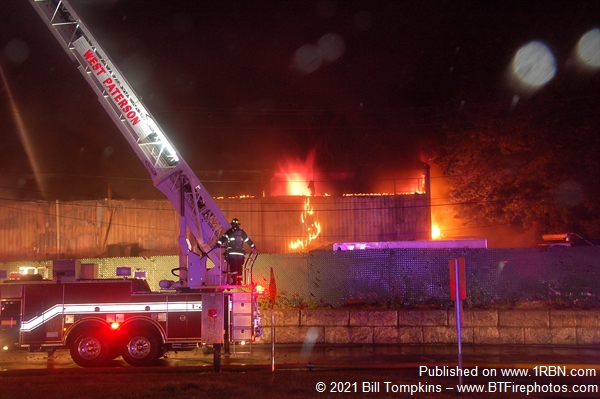 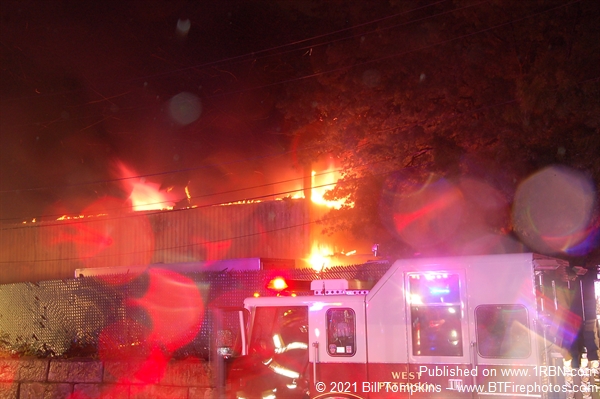 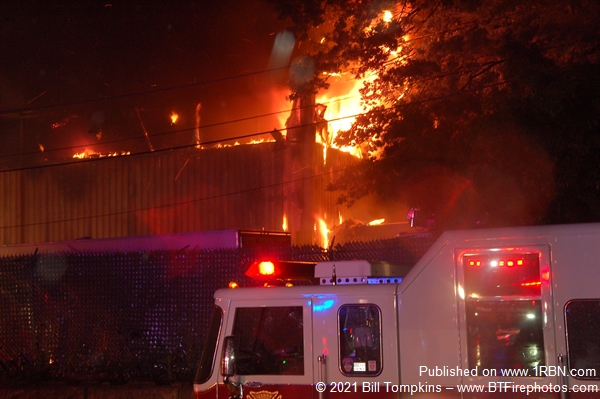 WOODLAND PARK, NJ - As a heavy rain fell across Northern New Jersey on May 28th, Passaic County firefighters battled a three-alarm fire in Woodland Park that heavily damaged a plant that produced mulch and compost products.

Shortly after 10:00 P.M., the West Paterson Fire Department was dispatched to the area of Andrews Drive for a report of a smoke condition. Companies arrived to heavy fire within a large two-story metal corrugated structure at Environmental Renewal at 27 Andrews Drive. The FD had been to the location in the past for outside fires, but now the building was involved.

A second-alarm was transmitted as a defensive operation was initiated due to explosions from oxygen, propane, and acetylene tanks inside the building. Outside transformers also began to arc. A tower ladder was put into operation, although the bucket had to be repositioned several times due to the hazards. A deck gun and several outside streams were put into operation. Mutual aid began to arrive and the Totowa ladder was set up in a neighboring lot. A third-alarm was sounded, bringing units from across Passaic County to the scene and to cover the firehouses.

The rain continued without let-up as progress was slowly made on the fire. Members cut through the metal sides of the structure to gain access and further knock down the flames. The fire was placed under control at about 12:30 A.M. No serious injuries were reported. The cause is under investigation.