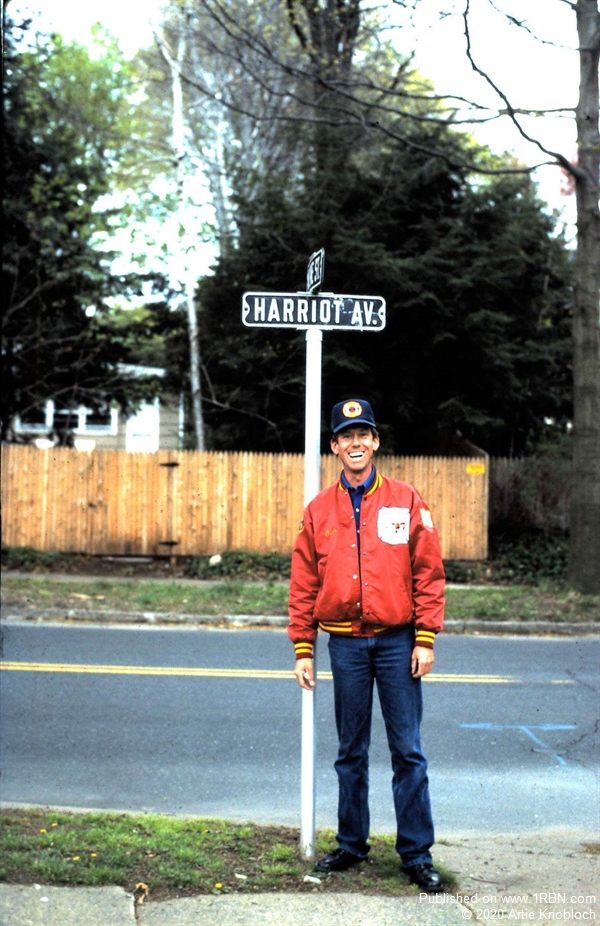 He was known as Ozzie, and many members of the Fire Service, locally and nationally, knew that nickname and who he was, with his outgoing personality.

Firefighter Oosterwyk passed away at the New Jersey Firemen's Home in April.

Oosterwyk was employed as a landscaper for the New Jersey Sports & Exposition Authority, in East Rutherford, for 32-years. In addition, he was the proprietor of Bill's Lawn Service for some 10-years.

To say that Ozzie loved the fire service would be an understatement. He was always proud of what he did, his town and department, the South Bergen departments, and fire service support organizations.

He got the bug for fire and apparatus photography, and he would drive to fires in the area to document them on film, and pass his photos on to fellow firefighters. The photo bug really hit when he met two apparatus photographers at the Jefferson Street firehouse, on January 18, 1981, that asked the members on hand if they could photograph the department's new Mack/3D rescue truck, a.k.a. Emergency Squad.

In 1985, Ozzie attended a meeting at Garfield Fire Company 1, organized by Company 1 firefighter and photographer, Rich Wolfson, to see if local photographers were interested in forming a New Jersey photo club to promote the state's firefighters and their heroic actions. Ozzie met many photographers there, known for their work, and Ozzie became a founding member of the New Jersey Metro Fire Photographers Organization (NJMFPA). From that day on, there was usually a camera by his side.

Ozzie attended many fire service, and fire buff related activities throughout the years. He spent a few years as a member of the Jersey City Gong Club, where he met more fire service members from around the country, who visited that club's quarters on a regular basis. He attended conventions which included ones held by the International Fire Buffs Associates. Ozzie also made close friends with members of the Buffalo, N.Y., Fire Department who visited New Jersey, and he would then take trips to Buffalo.

In the 1980's Ozzie rode around in a white pickup truck with a large, blue, four lens beacon light mounted on the roof. His Gong Club nickname was, “Blue Light.” He attended an IFBA convention in Boston, where blue lights signify police vehicles. After being checked out, and learning of an international fire buff convention in town, Ozzie later passed police units, and the cops just looked at the truck, with Jersey plates. They probably said, “That's Ozzie.”

Bill Oosterwyk was a person like the “Cheers” character. When he entered a room, everybody knew his name.